‘Pleasure… what a name’: Embarrassment for Trump as he TWICE gets name of California town wrong

Donald Trump added insult to his handling of the California wildfires Saturday after wrongly referring to the name of a town ruined by the blazes as ‘Pleasure’, during a news conference.

The President fumbled the name twice, even remarking: ‘What we saw at Pleasure … what a name, right now,’ when addressing the devastation during a tour of the Northern California area that’s in fact called Paradise.

‘What we saw. We just left Pleasure …’ he began before several people chimed in to correct the 72-year-old. 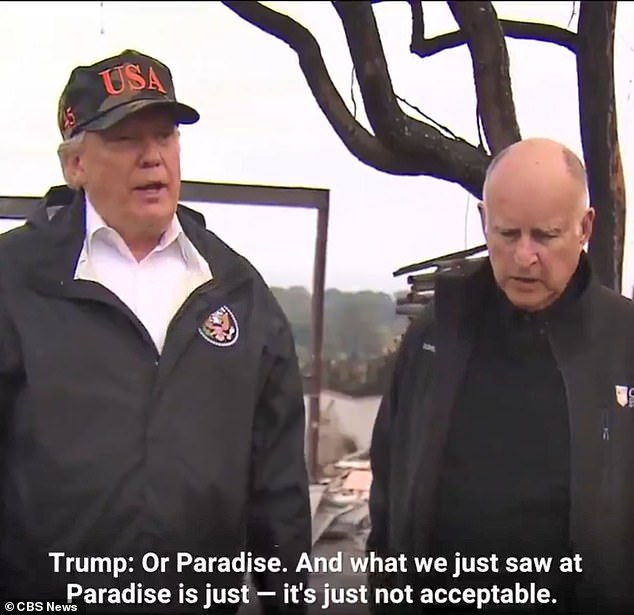 Trump flippantly continued before finally getting it right, sating: ‘Or Paradise’

Despite more than 1,276 people still unaccounted for in the Camp Fire – which has burned over 149,500 acres in Northern California – and at least 77 people being been killed, Trump didn’t seem particularly apologetic about messing up.

CBS News reported how he flippantly continued as if nothing had happened before finally getting it right: ‘Or Paradise. And what we just saw at Paradise is just – it’s just not acceptable.’ 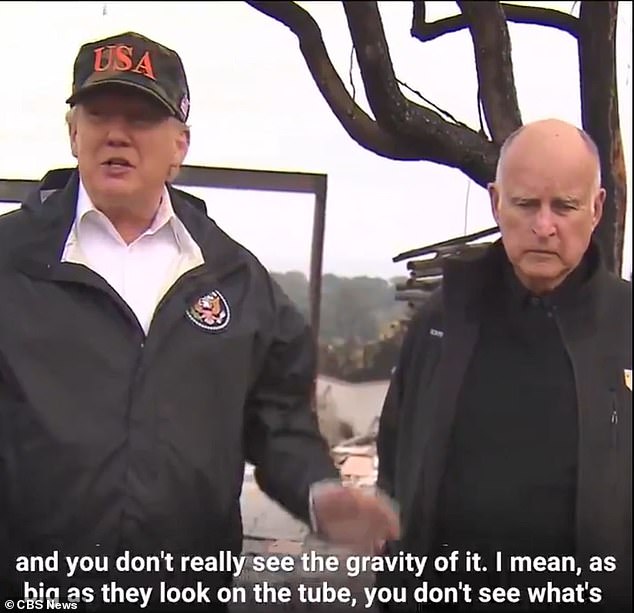 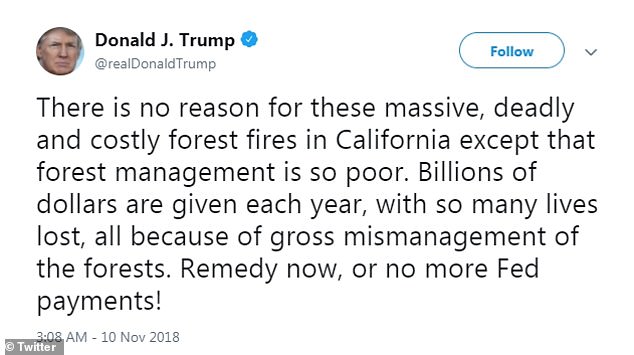 POTUS had earlier hinted at his concern for tragic infernos in the state as he spoke about how the burning to ashes of an entire town was a bigger deal than media images could show.

Pantomiming a sign for a television, he continued: ‘I mean, as big as they look on the tube, you don’t see what’s really going on until you come here.’

The president also visited devastated Malibu but declined to comment on whether climate change specifically was behind the wildfires. 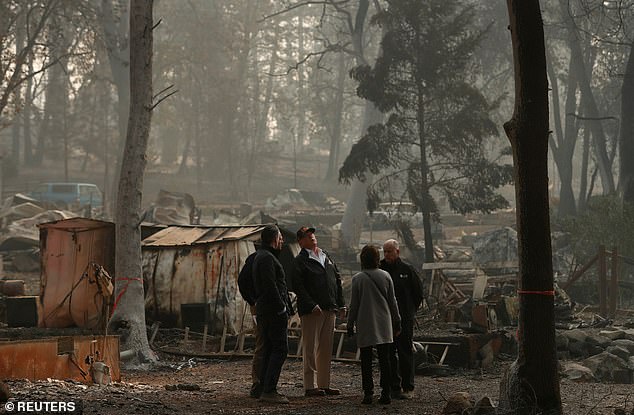 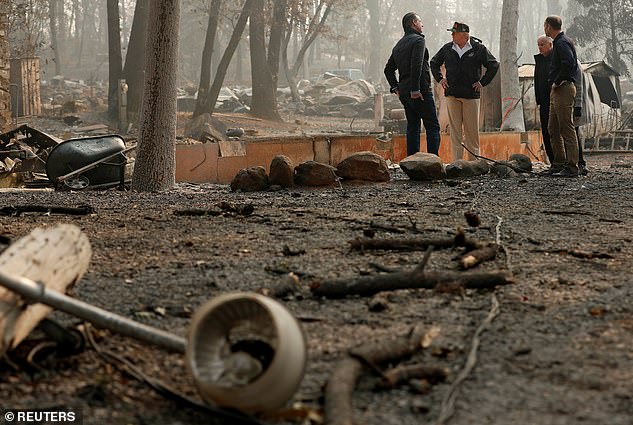 He said there were ‘a lot of factors’ after telling Fox News Sunday in an interview recorded Friday: ‘Maybe it contributes a little bit. The big problem we have is management.’

Seemingly placing the blame once more he insensitively said about seeing firefighters clearing dried brush: ‘This should have been all raked out.’

His trip to the Golden state came after he had controversially blamed mismanagement of the forests and threatened to pull money when the wildfires were at their most rampant phase.

‘There is no reason for these massive, deadly and costly forest fires in California except that forest management is so poor,’ he wrote on Twitter November 10.

‘Billions of dollars are given each year, with so many lives lost, all because of gross mismanagement of the forests. Remedy now, or no more Fed payments!’ 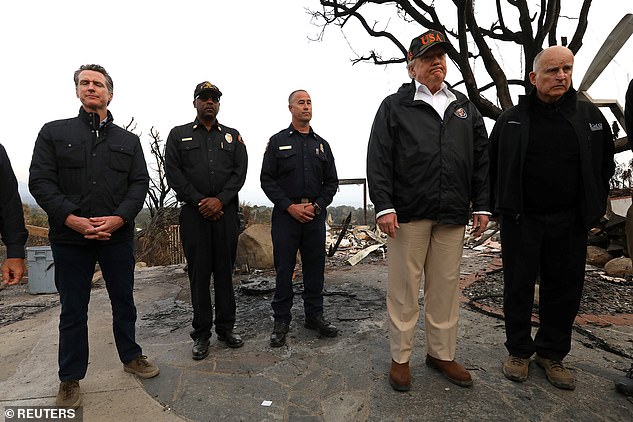 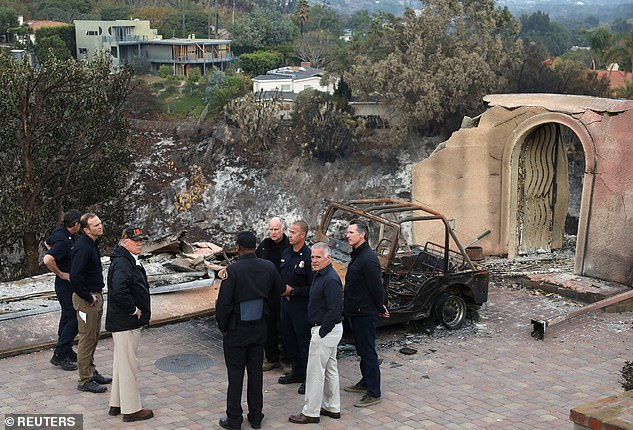 He added that Trump had changed his tune after previously sparking anxiety with his power to halt funds that could significantly help.

‘The president not only has signed a presidential declaration giving California substantial funding, but he said and pledged very specifically to continue to help us, that he’s got our back,’ Brown said on CBS’ Face the Nation Sunday. ‘And I thought that was a very positive thing.’