The Champions League is worth at least £50million but Mauricio Pochettino wants to see his Tottenham players driven by passion and ambition and prepared to give everything to retain a place among Europe’s elite.

‘Now it is not about how we play, with two strikers or three defenders,’ said Pochettino. ‘It is about players who are ready to play and to die to try to achieve.

‘If we cannot, we cannot and that is different, and then we will analyse why. Now we have to be together, to fight with our fans to create a good atmosphere and be sure to play Champions League in the new stadium because that would be fantastic.’

Spurs are fourth in the Premier League, a point behind Liverpool, and can clinch a top-three finish for a third successive year if they win their two remaining fixtures, both at home, against Newcastle on Wednesday and Leicester on Sunday.

Form is poor, however, with one win in four Premier League outings and Chelsea – who have what looks a winnable home game against Huddersfield on Wednesday night – have moved to within two points.

‘The difference is massive,’ said Pochettino, well aware that finishing fifth would mean an unwelcome return to the Europa League and the wrath of his chairman Daniel Levy. 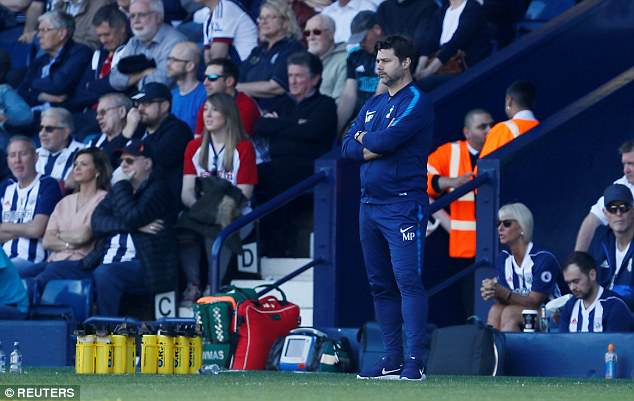 ‘The second thing is money. I don’t think the money is a problem. Daniel is safe with the money.

‘The first thing is that to win the Champions League is a dream for everyone. For me it is impossible not to give your best in these last two games. It’s in our own hands and we need to die in trying to achieve it.’

Tottenham will be without Eric Dier against Newcastle. The England midfielder fell ill on Monday night and his absence leaves Pochettino with problems in central midfield, where injuries to Mousa Dembele and Harry Winks leave him short of options.

End-of-season form faded two years ago and Spurs slipped from second to third in the final reckoning. 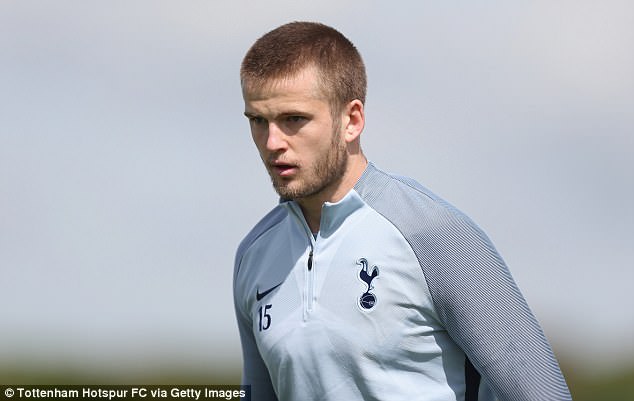 This year, the manager admits the FA Cup semi-final defeat by Manchester United had an impact on energy and confidence but is determined to be upbeat.

‘Everyone would have signed to be in this situation at the beginning of the season,’ said Pochettino. ‘To be with Liverpool and Chelsea, fighting for the top four with the opportunity to win the battle in your hands.

‘It is the best position, it is a dream at the start of the season to be in that position. For me it is positive, not negative. We need to enjoy, be focused and try to win.’