The grieving mother of Toyah Cordingley, who was senselessly murdered in the sand dunes of a beach in far north Queensland last month, has revealed the pain that has crippled her family over the last four weeks.

‘Life for us will never, ever be the same,’ Vanessa Gardiner said.

Mrs Gardiner said her daughter had been full of life from the day she was born, and that the young girl had immediately become the centre of her world.

That world shattered on October 21, though, when Mrs Gardiner got word Ms Cordingley’s boyfriend had reported her missing.

She, her son Jack, and Ms Cordingley’s father, Troy, headed out to the beach, searching tirelessly with small torches until light finally broke about 5.30am, she said.

‘Eventually, I found Toyah’s dog Indi, and we kept searching until my phone battery started to go flat, and Jack walked me back to the car.’

When Mrs Gardiner and her son returned home with the dog, they were met by police and SES volunteers.

Jack took a uniformed officer back to where Indi had been found, but shortly after the pair arrived, tragedy struck.

‘Troy had discovered Toyah not long after Jack arrived with the officer,’ Mrs Gardiner said.

‘It was a truly a heartbreaking moment… the days that followed did not feel real to us.’ 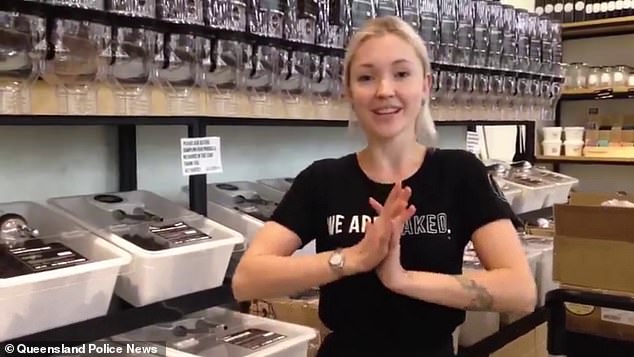 The family began to make funeral arrangements, as friends poured in with kind wishes and meals to fill the fridge.

Mrs Gardiner said as the family struggled to come to terms with the great horror that had befallen them, and that they were even unable to eat.

‘Our sleeps were short and we didn’t eat much,’ she said. ‘At times, our emotions were numb, other times we were a mess.

‘It was an emotional rollercoaster of grief, hate, anger, and nothingness, feeling hollow, guilt, not knowing how to feel.’ 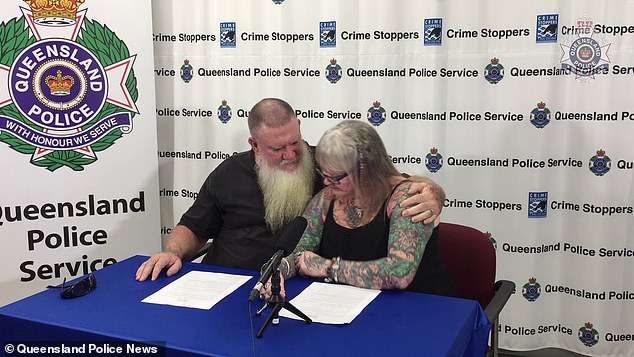 In the weeks following the young woman’s tragic death, Queensland police have received hundreds of calls to Crime Stoppers from people trying to help bring Ms Cordingley’s killer to justice.

On Monday, police asked for anyone who has had an interaction with an ‘inappropriate or aggressive’ man on Queensland’s far northern beaches to call CrimeStoppers to talk about their experience.

Ms Cordingley was killed in what police have called a ‘sexually motivated’ crime, as she walked her dog Indi along the beach at Wangetti on October 21.

The animal activist and pharmacy worker was reported missing that night and her father Troy found her body, with ‘visible and violent’ injuries, the next morning.

On Monday, nearly a month on from the senseless killing, Detective Inspector Sonia Smith reached out to females who have visited the area between the far northern beaches of Cairns and Cardwell in the past two years.

‘We’d like to speak to females approached in a secluded or beach area by any males who have acted inappropriately, aggressively or made them feel uncomfortable in the past two years,’ Detective Inspector Sonia Smith said. 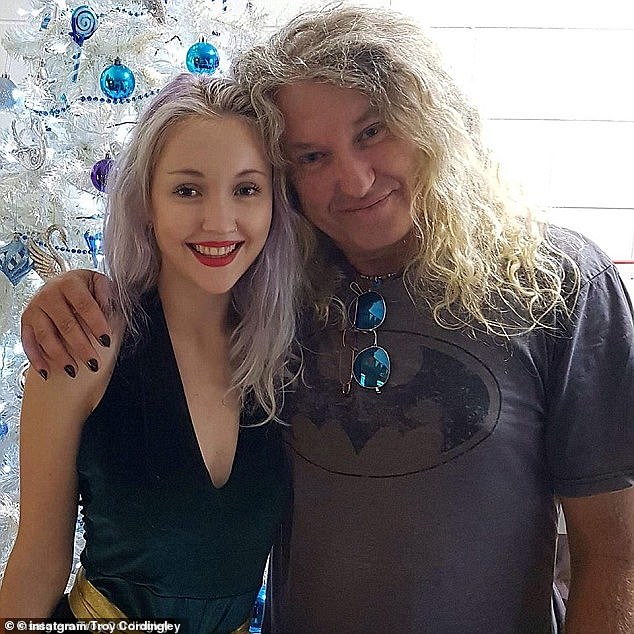 Ms Cordingley, 24, was brutally murdered on October 21, and her body was found in the sand dunes by her father Troy (right) the next morning 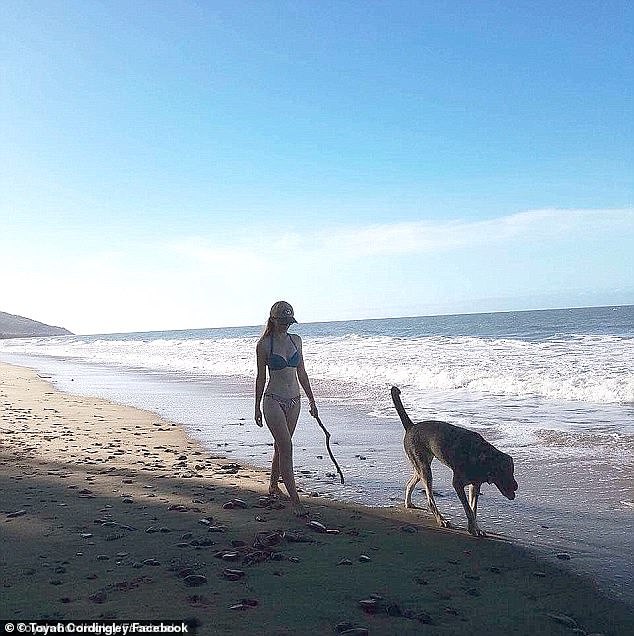 The pharmacy worker had been walking her boyfriend’s dog Jersey along the sand when she was attacked. The dog was found unharmed and tied up nearby 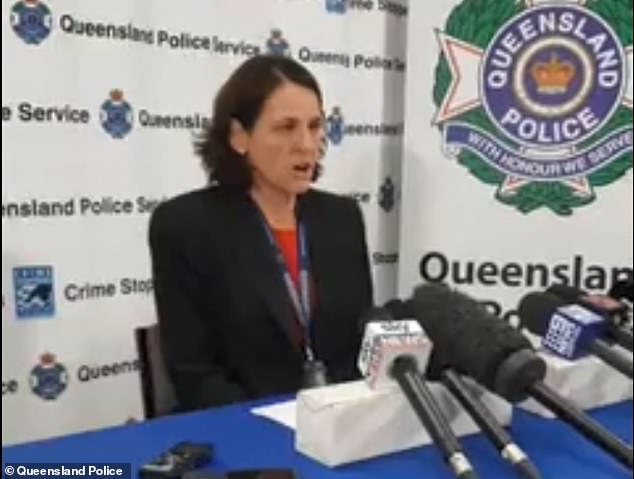 Det Insp Smith declined to say if she meant men who had sexually harassed women, telling reporters she wanted to leave the definition broad in order to get more responses.

Police conducted multiple searches in the northern beaches area over the weekend as they continued to follow up on hundreds of CrimeStoppers calls with tips that could help to find the young woman’s killer.

Ms Smith said a ‘number of items’ had been found, but was unable to provide more detail.

Officers are now asking anyone who was in the Lake Placid area in Caravonica on October 21 from 4.30-5.30pm to get in contact if they saw anything out of place.

They are also requesting dashcam footage from anyone travelling in that area and heading north.

Det Insp Smith thanked the community for their undying support, noting locals had started decorating their cars with bumper stickers featuring the CrimeStoppers number, taken part in walks along the beach to find evidence, and had not wavered in their hope of getting justice for the beloved pharmacy worker.

Mrs Gardiner finished off her statement with a final, desperate plea.

‘If there is anyone who is holding back or knows something about this, no matter how small the information may be, we plead with you to come forward to bring us closer to finding who and why anyone would do this to our Toyah,’ she said.

‘You can help our broken family by bringing hope and justice for Toyah’s senseless death.

‘Life for us will never, ever be the same.’ 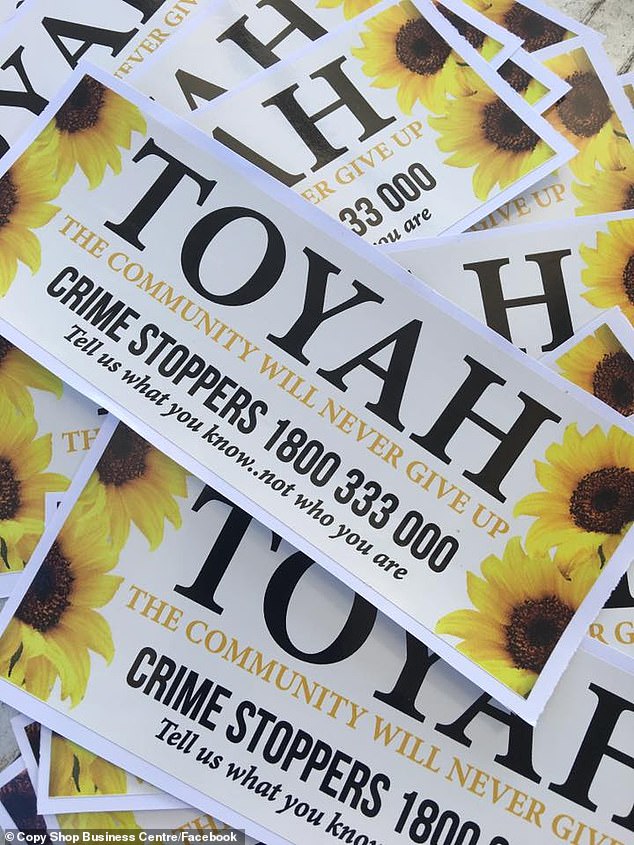 Wangetti and Cairns locals have vowed to bring Ms Cordingley’s killer to justice, and have taken part in beach walks and more recently printed thousands of bumper stickers to encourage people to take any information they have to Crime Stoppers