Police officers are to be offered two ‘yoga days’ leave a year for their ‘spiritual well-being’.

The proposed rest days at Lincolnshire Police will result in the force, which has 1,800 officers, losing the equivalent of 15 staff a year.

It is just the latest in a string of controversial ideas dreamed up by forces across the country.

The plan was criticised last night as a waste of money for a force that is already stretched for funds.

Lincolnshire Police said the initiative would ensure officers had enough rest and recuperation to help officers cope with the pressures of the job that is ‘taking a greater toll on them’.

Dave Sutton, 46, who runs a bath showroom in Boston, told The Sun: ‘You’d think money would be better spent on more of a police presence than treating them all to yoga.

‘We all work hard, but the taxpayer doesn’t pay for me to have a nice relax when I feel a bit stressed.’

The manager of the St Barnabas charity shop in Boston added: ‘Every time I’ve needed the police they’ve let me down.

‘I reckon they must have lap dancers and a pole at that police station because you never see any officers around here.’

James Price, of the TaxPayers’ Alliance, said: ‘People are fed up hearing the police complain about a lack of funding, only to go and waste cash on things like extra holidays.’

The force believes the policy, which is expected to be introduced next month, will put them in a better position to meet the ‘particular needs’ of a ‘large rural county’.

Male police officers in Avon and Somerset painted their fingernails blue to highlight modern slavery, while 21 uniformed officers in Humberside tweeted a picture of themselves riding dodgems at a local funfair while on duty.

In Warwickshire, police held a ‘cake not hate’ event to raise awareness of hate crime, wearing teddy and panda masks for the ‘teddy bear’s picnic’. 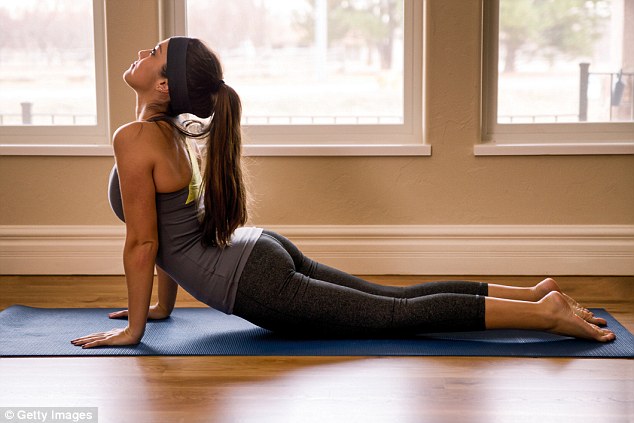 Commenting on the rest breaks – which have been dubbed yoga days by officer – Lincolnshire Chief Constable Bill Skelly said: ‘This is one of a number of initiatives that we will introduce over the next few months.

‘I have been most impressed by the commitment of Lincolnshire Police staff and officers but I am increasingly seeing the impact that this can have on their physical and mental well-being.

‘By encouraging our staff to take time to look after themselves I believe that we can make an improvement to how they feel at work.’

Mr Skelly added: ‘We hope that this will help to reduce sickness and improve levels of resilience across the organisation.’

In a statement confirming the initiative, the force said: ‘As part of our ongoing commitment to ensuring the mental, physical, emotional, and spiritual welfare of our staff we are continually looking at ways to improve and look after the well-being of every individual in the Lincolnshire Police family.

‘Recent surveys have shown that those involved in policing are regularly working longer hours than they are obliged to, that the incidents and pressures they face are taking a greater toll on them, and that the ability to recover is being compromised by the current shift patterns.’

Daily Mail have contacted Lincolnshire Police for a further comment.