Police failed young girls being groomed in ‘plain sight’ by Asian gangs in Manchester because of concerns of inciting racism, a new report has found.

Victims were subjected to ‘profound abuse’ and told carers and police officers about horrific incidents of sexual assault, but no action was taken, according to the report.

It focuses on Greater Manchester Police and Manchester City Council’s response to prolific child sex abuse in the city in the early 2000s.

Operation Augusta was set up in 2004 following the death of a 15-year-old girl called Victoria, who was under council care and reported being raped and injected with heroin by a 50-year-old Asian man. She died of a drugs overdose two months later on September 29, 2003.

The police operation identified at least 57 victims of similar abuse and 97 potential suspects, some involved with Victoria Agoglia, and a ‘compelling picture of the systemic exploitation of looked after children in the care system’.

But they did not protect them from perpetrators because they were ‘aware of sensitive community issues and the ‘incitement of racial hatred’ in south Manchester in 2002 and 2003, the report claims.

Police failed young girls being groomed in ‘plain sight’ by Asian gangs in Manchester because of concerns of inciting racism, a new report has found. Pictured: Cast of ‘Three Girls’ a BBC dramatisation of the Rochdale child sex abuse ring

The 145-page document reads: ‘The authorities knew that many were being subjected to the most profound abuse and exploitation but did not protect them from the perpetrators. ‘

‘Dead at 15: Victim regularly injected with heroin by older man’

Victoria Agoglia’s family have been asking for her abuse to be investigated ever since her death in Rochdale in 2003.

Victoria, who had been in care since the age of eight, disclosed two months before her death to her social worker and a substance misuse worker that an older man was injecting her with heroin, a new report into the police and council operation triggered by her death found.

‘No formal action was taken to investigate this matter or prevent it occurring again,’ the report said.

‘Within two months of this revelation, Victoria died.’ 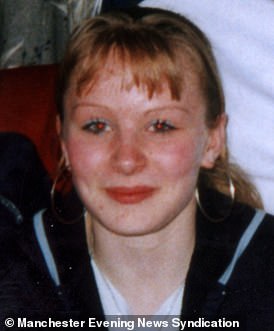 Following an inquest into her death in 2007, coroner Simon Nelson, as part of a narrative verdict, said ‘no inferences can be made that the events from the 24 September [when Victoria was injected] were reasonably foreseeable’, the report said.

A review has now said it was ‘unclear’ how the coroner could have concluded that.

Victoria, who was known as Vicky and used her stepfather’s surname of Byrne, spent time in care homes across Greater Manchester.

She had ambitions of becoming a hairdresser and a model.

In the two years before her death, the report found Victoria was repeatedly ‘threatened, assaulted and returned to her residential unit intoxicated’.

Distressed, the report said she disclosed she was involved in sexual exploitation and alleged rape and sexual assault.

‘While we found evidence of multi-agency meetings, not one of these occasions resulted in a child protection investigation to protect Victoria from significant harm,’ the report added.

‘Although Victoria was cared for by Manchester City Council, a man who had been previously identified as her so-called ‘pimp’ was given permission to visit her in her accommodation three times a week.’

It states that senior officers were aware of a Channel 4 TV programme, Edge Of The City, broadcast in August 2004, about a similar problem in Keighley, West Yorkshire and it was thought this could potentially raise media and political interest in any similar problem occurring in Manchester, particularly as it involved accusations of grooming schoolchildren.

‘Concerns were expressed about the risk of proactive tactics or the incitement of racial hatred,’ the report stated.

An unnamed GMP detective constable is quoted saying his team was ‘told to try and get other ethnicity’ that were not Asian.

Describing the arrest and jailing of one child sex offender who wasn’t of Asian heritage, he said:  ‘He was grooming kids, the demographics didn’t fit as it was a prosperous middle-class area, and they were well-to-do kids. They weren’t from the original tranche of children that were in children’s homes.

‘What had a massive input was the offending target group were predominantly Asian males and we were told to try and get other ethnicities.’

The report claims senior GMP officers chose to under-resource Operation Augusta and a decision was made to close it down then communicated to senior officers of Manchester City Council at a meeting later that day on April 22, 2005.

Minutes of both meetings have disappeared, though one officer’s note mentioned discussion of ‘press strategies’ and several officials have chosen not to co-operate with the review.

Its authors were also refused access to case files relating to Victoria held by the Manchester City Coroner.

The report looked at a ‘sample’ of cases from the time, detailing a series of allegations of rape and sexual abuse made by girls that were not followed up and with no further action taken by GMP or the council.

In each case the report concludes repeatedly with the same sentence: ‘We cannot offer any assurance that this was appropriately addressed by either GMP or Manchester City Council.’

As a result, ‘very few of the relevant perpetrators were brought to justice and neither were their activities disrupted’.

This was despite ‘clear evidence’ teenage girls, aged 12 to 16, were being sexually abused ‘generally perpetrated by a group of older Asian men’ including the police having their names, where they lived or worked and the flats above take-away shops where the abuse occurred.

It included plying girls with drugs and alcohol, physical abuse, rape and being forced to have sex with multiple men at ‘sex parties.’

One suspect vehicle uncovered in the initial investigation was linked to a GMP officer, who was later dismissed, the report said.

Some suspects even visited council-run children’s homes, bringing alcohol and cannabis, with the apparent knowledge of council staff.

Greater Manchester Police had at that time recently dealt with an unrelated case involving Kurdish people in the south Manchester that had created community tensions and Operation Augusta was to examine accusations against another minority group.

But a Detective Superintendent was emphatic that any concerns about creating further community tensions did not influence any of his investigative decisions, but the impact ‘clearly had to be considered’ by senior officers in the gold command group. 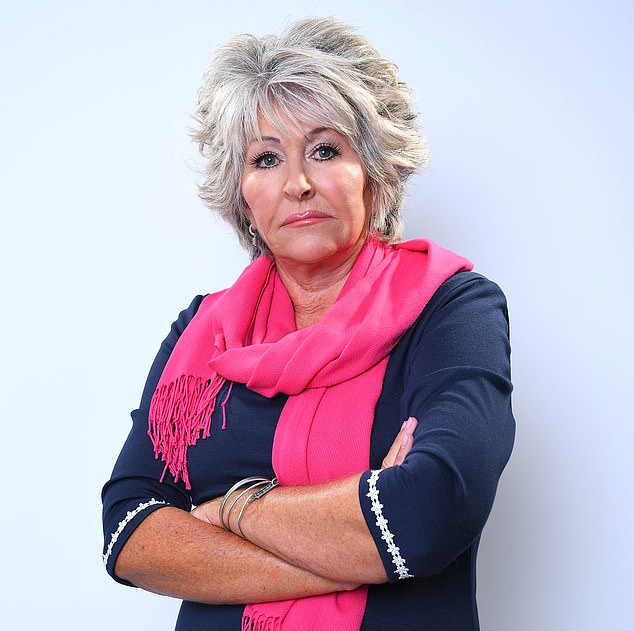