A mother-of-two has slammed the ‘twisted’ vandals who left super glue on a children’s changing table after her three-month-old daughter’s coat came in contact with the substance.

Libby Fairbairn, 30, from Edinburgh, Scotland, had taken her daughter Sadie and 15-month-old son James to the National Museum of Scotland for the new Tyrannosaurs Rex Exhibition when she took the children to the baby changing facility.

However as she unzipped Sadie’s snowsuit to pull her leg out, the mother realised that her child’s coat was stuck to the table and had a solvent smell.

She told the Edinburgh Evening News: ‘As I pulled her off I said to my partner, ”that’s glue” because it had dried solid. 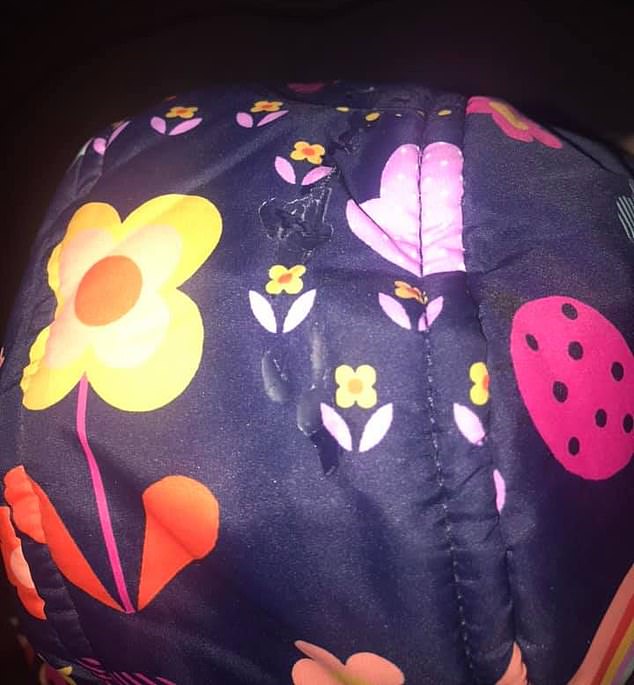 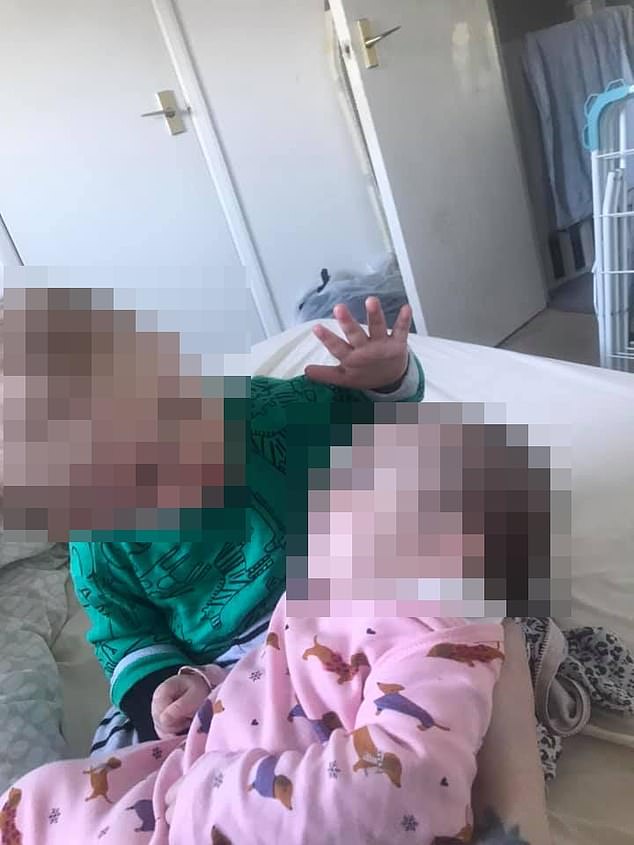 The mother, who had taken her daughter Sadie and 15-month-old son James to the National Museum of Scotland for the new Tyrannosaurs Rex Exhitbition, questioned why someone would do such a thing

‘It went from the middle of her thigh, up her back and on to her hood. She was well covered in glue.

‘I am a little bit confused that someone would be so twisted to do something like that.’

After alerting staff at the museum, the mother said the cleaning crew at the museum set about checking every table in the building.

Taking to Facebook to warn others of the incident the mother wrote: ‘I’d like to think this was an isolated incident however just a pre-warning to parents of nappy wearing children.

‘We went to the museum today (skint, cheap day out) and both kids needed changed so went into the disabled/baby changing area.

‘Did Sadie first because the plan was to let James walk around once he had a new nappy on. We had forgotten the mat we usually put down on changing tables, so just kept her in her snow suit while I changed her…

‘Noticed it was quite sticky, finished changing her to find she was stuck down quite hard. It appeared that someone had put superglue all over the changing table.

‘You can see from the pictures it goes from her bottom right up to the hood of her snow suit. So had I changed James first, he would have had bare skin and his hair on this! 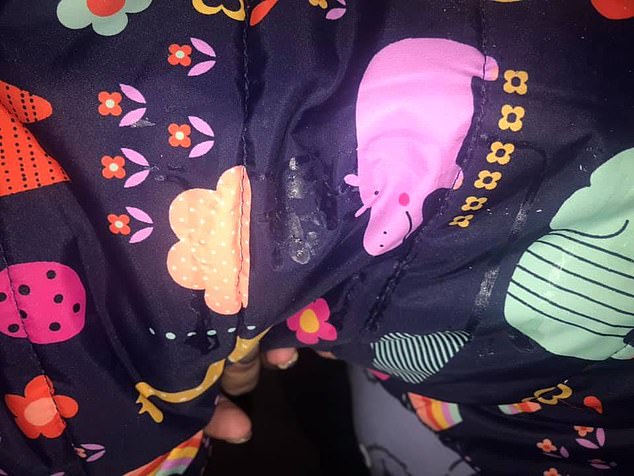 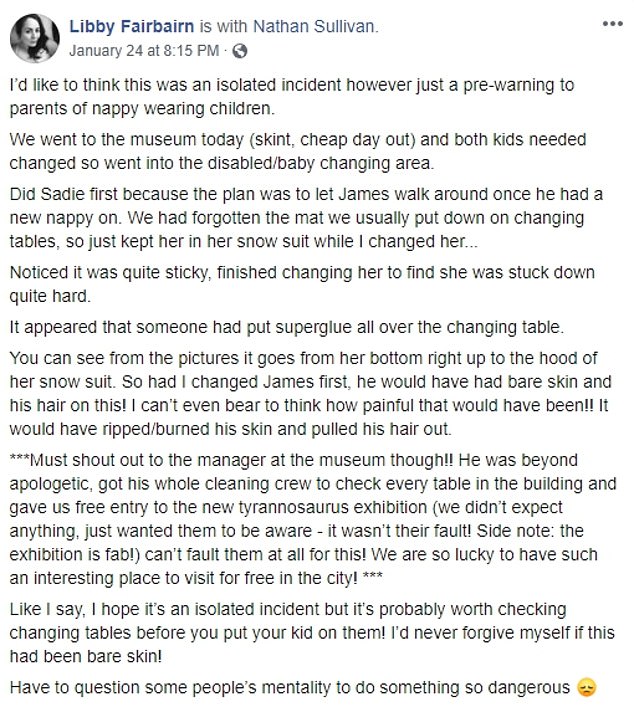 ‘I can’t even bear to think how painful that would have been!! It would have ripped/burned his skin and pulled his hair out.

‘Must shout out to the manager at the museum though!! He was beyond apologetic, got his whole cleaning crew to check every table in the building and gave us free entry to the new tyrannosaurus exhibition (we didn’t expect anything, just wanted them to be aware – it wasn’t their fault! Side note: the exhibition is fab!) can’t fault them at all for this!

‘We are so lucky to have such an interesting place to visit for free in the city!

‘Like I say, I hope it’s an isolated incident but it’s probably worth checking changing tables before you put your kid on them! I’d never forgive myself if this had been bare skin! Have to question some people’s mentality to do something so dangerous.’

Following the incident, the mother said that police were now looking at two other incidents which had seen children come into contact with glue in babies changing tables.