Politicians allowed to claim $91 to stay and own home and business class flights for wives, husbands

Australia’s federal politicians are entitled to charge taxpayers $91 a night to stay in their own home and claim nine return business class flights a year for their wives and girlfriends.

Then there are expensive charter flights on the public purse, with one minister ordering a private RAAF jet for $20,000 instead of catching a commercial flight so she could attend an ice hockey game and meet with bureaucrats.

These perks are legal under the Independent Parliamentary Expenses Authority and Remuneration Tribunal rules, despite a series of expenses scandals involving ministers over many years.

Members of Parliament also have a base salary of $207,000 a year, with cabinet ministers getting average packages of $357,000, or more than four times an Australian full-time worker’s average $82,435 salary.

Liberal Democrats senator David Leyonhjelm, a libertarian campaigning for smaller government, questioned a system where taxpayers funded business class flights to Canberra for the husbands and wives of federal MPs.

‘If your marriage is precarious, slugging the taxpayers for some airfares to bring your spouse to Parliament House is probably not very good money well spent,’ he told Daily Mail Australia.

‘We see this happen time and time again, it’s been happening for years where you have these entitlements, these travel allowances being used in a way that certainly wouldn’t pass the pub test,’ he told Daily Mail Australia. 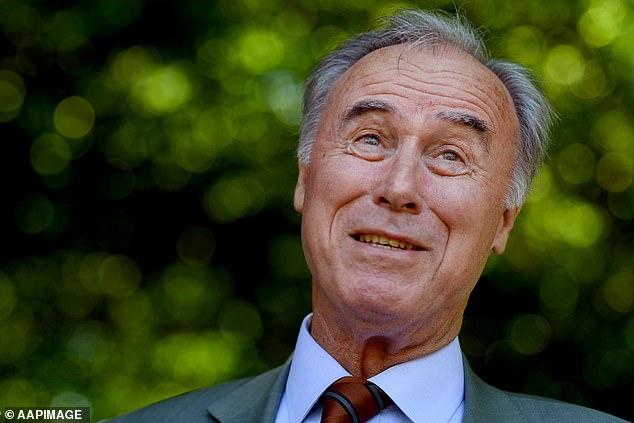 In August last year, the federal Liberal member for Bennelong John Alexander (pictured) claimed $91 to stay at his eight-bedroom on the New South Wales Southern Highlands

‘They are not meeting the standards the public would expect from their elected representatives.’

In August last year, the federal Liberal member for Bennelong  John Alexander claimed $91 to stay at his eight-bedroom on the New South Wales Southern Highlands.

During a sitting week of Parliament in Canberra, Mr Alexander choose to stay on his Iona Park estate, between Moss Vale and the Kangaroo Valley, instead of remaining in the national capital, as former prime minister Malcolm Turnbull faced a second leadership challenge from Home Affairs Minister Peter Dutton.

He claimed a $91 ‘non-commercial’ allowance to stay at his property, which he rents out on Airbnb for $1,428 a night, even though it is 200km north of Canberra. 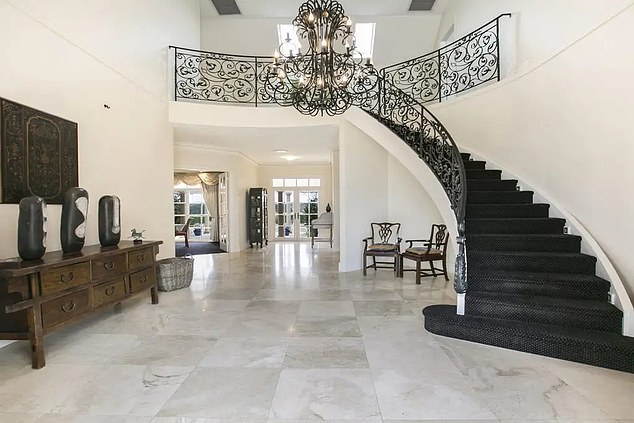 The former tennis star and Seven Network commentator also claimed $266 in car travel costs to get to and from Canberra, with the $357 accommodation and travel costs above the $285 he would have been entitled to stay at a Canberra hotel.

Mr Alexander’s spokesman told Daily Mail Australia it was within the rules.

‘These claims were specifically checked with the Independent Parliamentary Expenses Authority before being submitted,’ he said.

Mr Marar said this situation highlighted the absurdity of rules allowing MPs to charge taxpayers to stay on their own property during a parliamentary sitting week.

‘The idea you can charge people to stay at your own home is quite frankly ridiculous,’ he said.

‘We have to change the rules. It’s not really acceptable.’ 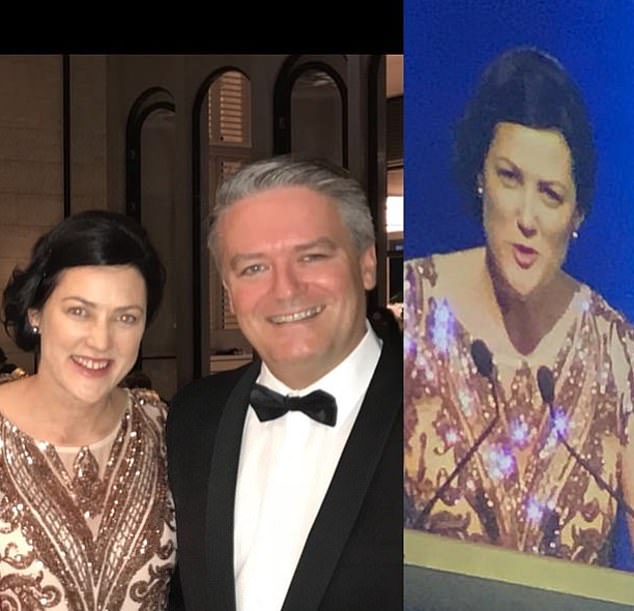 In July 2010, Finance Minister Mathias Cormann (right) claimed a $1,741 Perth to Broome flight for his wife Hayley Ross (left) as part of a three-day weekend which cost taxpayers $4,397

It’s not just accommodation which federal politicians are entitled to, with the public purse also funding perks for the spouses and partners of MPs.

What can politicians claim from taxpayers?

They are entitled to a $91 ‘non-commercial allowance to stay on their property when Parliament is sitting in Canberra. This is an alternative to a $285 a night travel allowance for hotel accommodation.

The spouses and partners of federal MPs are also entitled to nine return business class flights to Canberra. Politicians’ other halves can also accompany them on three trips a year.

They are also entitled to charter a RAAF private jet if no commercial flights are available to get them to meetings with officials.

Whether they are wives or girlfriends, they are entitled to nine return business class flights to Canberra from their principal place of residence.

They can also accompany their political other halves on three official trips within Australia under a family reunion entitlement designed to compensate couple for their long stretches apart.

On one such occasion in July 2010, Finance Minister Mathias Cormann claimed a direct flight from Perth to Broome of $1,741 for his wife as part of a three-day weekend away to the resort town which cost taxpayers $4,397.

Senator Cormann told Daily Mail Australia he had spent weeks on end away from his wife, a Perth lawyer.

‘If I had not used the family reunion travel I would not have seen my wife and then one-year old for weeks on end,’ he said. 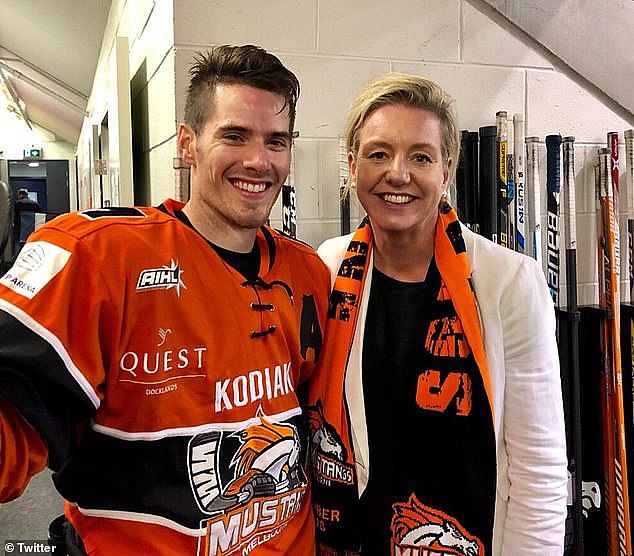 Nationals deputy leader and Sports Minister Bridget McKenzie (right) charged taxpayers $19,942 to get a direct 1,700km from Rockhampton in central Queensland to Melbourne

‘The overall assertion that I took my wife on romantic getways to Broome is also wrong.’

Three of those trips occurred in the first week of July, or the days leading up to his wife’s birthday.

The Australian Taxpayers’ Alliance said private corporations would rarely allow the spouses of chief executives to accompany them, at company expense, without board approval.

Then there are the cases of ministers catching a chartered private jet at taxpayer expense, instead of catching a commercial flight. 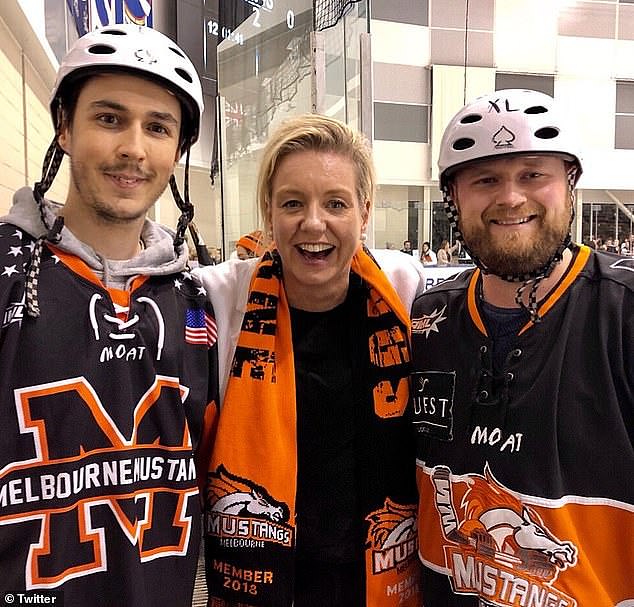 Senator McKenzie, who had been in Rockhampton for Beef Week, claimed there were no available commercial flights to get her to an Australian Sports Commission board meeting

In May last year, Nationals deputy leader and Sports Minister Bridget McKenzie charged taxpayers $19,942 to get a direct 1,700km flight from Rockhampton in central Queensland to Melbourne so she could watch the Melbourne Mustangs ice hockey team.

An equivalent commercial flight with Virgin Australia or Qantas with a stop-over in Brisbane, would have cost just $614 – or 32 times less than a chartered RAAF military jet.

Senator McKenzie, who had been in Rockhampton for Beef Week, claimed there were no available commercial flights which could get her to an Australian Sports Commission board meeting.

Mr Marar said ministers could attend meetings via teleconference, instead of charging ridiculous amounts of taxpayer funds for flights, and questioned why the minister’s office’s diary manager couldn’t have been more organised.

‘When you hire a charter flight, you leave taxpayers thousands and thousands of dollars out of pocket,’ he said.