A Portland, Oregon, man has become the first person to trek across Antarctica alone without any assistance in an epic 54-day journey that was previously deemed impossible.

Colin O’Brady finished the bone-chilling, 930-mile journey against wind gusts of 55 mph and temperatures as low as -20 degrees Fahrenheit, as friends, family and fans tracked the endurance athlete’s progress in real-time online.

‘I did it!’, a tearful O’Brady said on a call to his family gathered in Portland for the holidays, according to his wife, Jenna Besaw.

‘It was an emotional call,’ she said. ‘He seemed overwhelmed by love and gratitude, and he really wanted to say ‘Thank you’ to all of us.’

O’Brady, 33, documented his nearly entirely uphill journey — which he called The Impossible First — on his Instagram page.

On Wednesday he wrote that he had covered the last roughly 80 miles in one big, impromptu final push to the finish line that took well over a day. 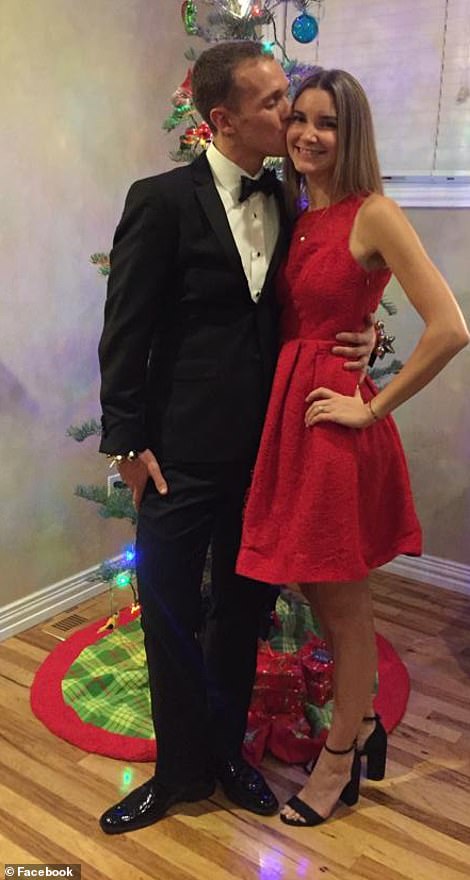 ‘While the last 32 hours were some of the most challenging hours of my life, they have quite honestly been some of the best moments I have ever experienced,’ he said.

The day before, he posted that he was ‘in the zone’ and thought he could make it to the end in one go.

‘I’m listening to my body and taking care of the details to keep myself safe,’ he wrote. ‘I called home and talked to my mom, sister and wife — I promised them I will stop when I need to.’

Though others have traversed Antarctica, they either had assistance with reinforced supplies or kites that helped propel them forward.

In 2016, British explorer Henry Worsley died attempting an unassisted solo trip across Antarctica, collapsing from exhaustion towards the end of the trek.

Worsley’s friend and fellow English adventurer Louis Rudd is currently attempting an unaided solo in Worsley’s honor and was competing against O’Brady to be the first to do it.

Besaw said O’Brady planned to stay on Antarctica until Rudd finishes his trek, hopefully in the next few days.

‘It’s a small club,’ she joked. ‘His intention is to wait for Louis and have kind of a celebratory moment with the only other person on the planet to have accomplished this same thing.’

O’Brady described in detail the ups and downs along the way since he began the trek on November 3. He had to haul 170 kilograms of gear largely uphill and over sastrugi – wave-like ridges created by wind. 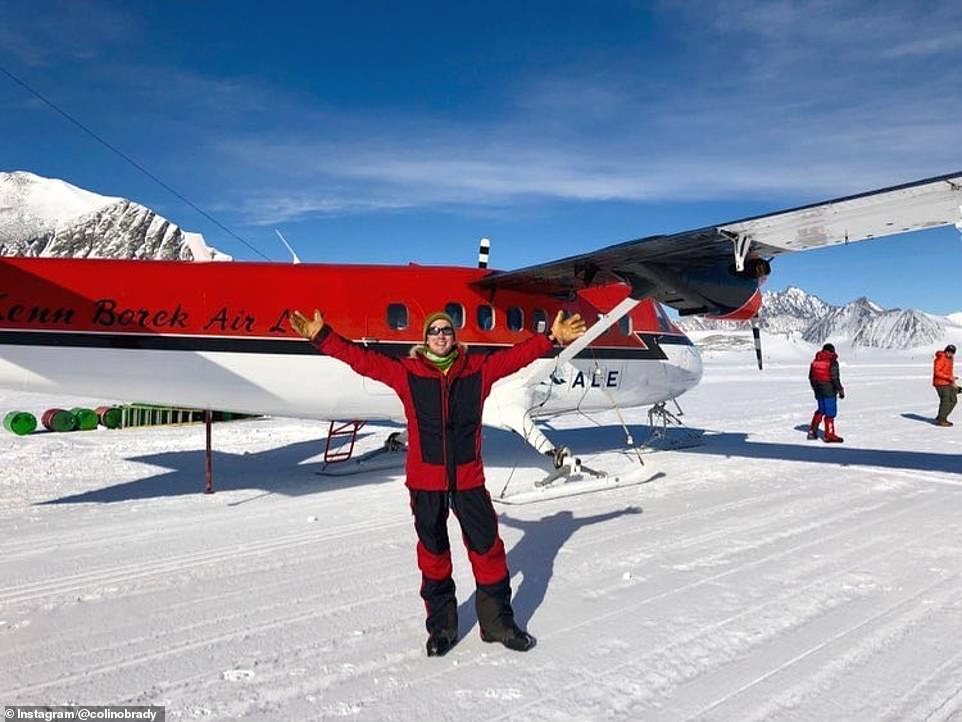 Day 1:  Colin O’Brady left Union Glacier on this twin otter plane and got dropped off alone on the sea ice at the coast of Antarctica to begin his journey 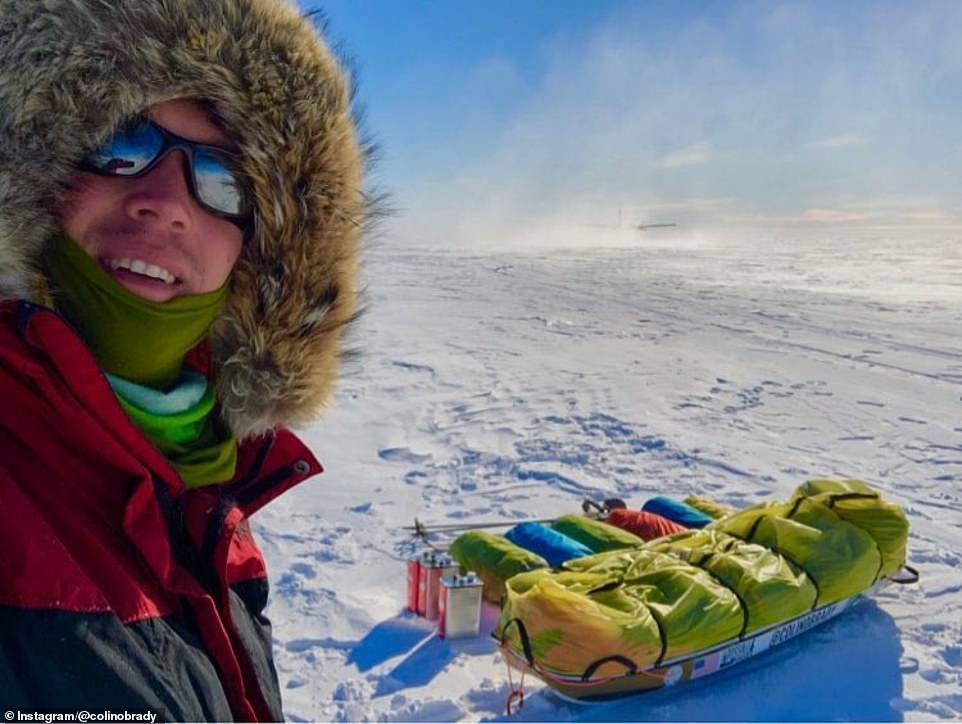 DAY 2: After my first full day of pulling, the challenge started to sink in for O’Brady. The picture is of the moment the plane took off the day before 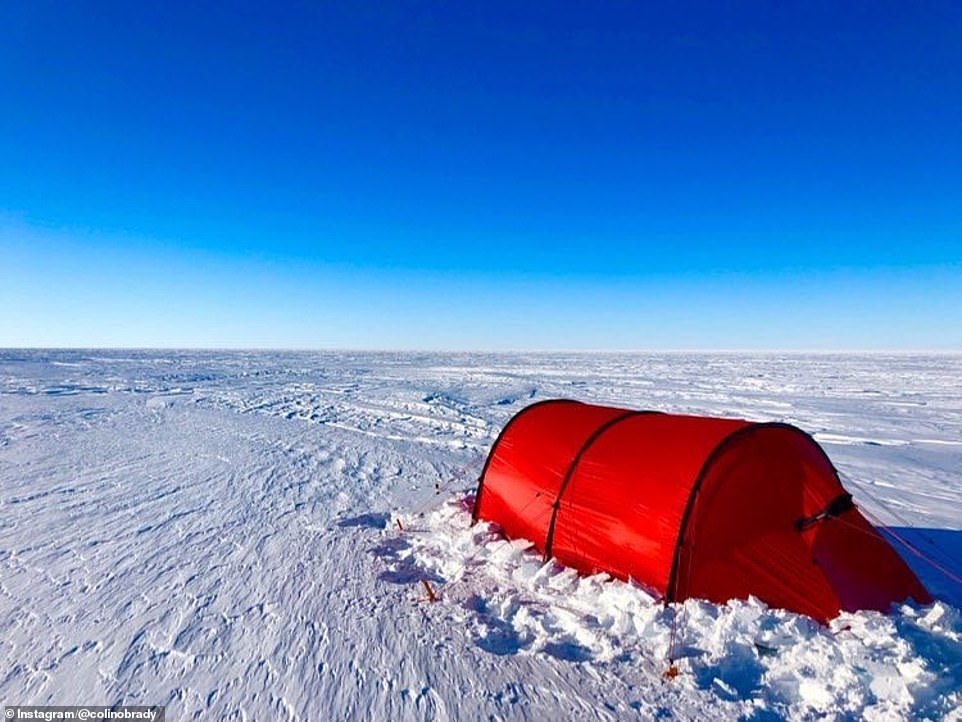 DAY 5: O’Brady took the pic providing a sense of his view every day with the sun never setting in th Antarctic 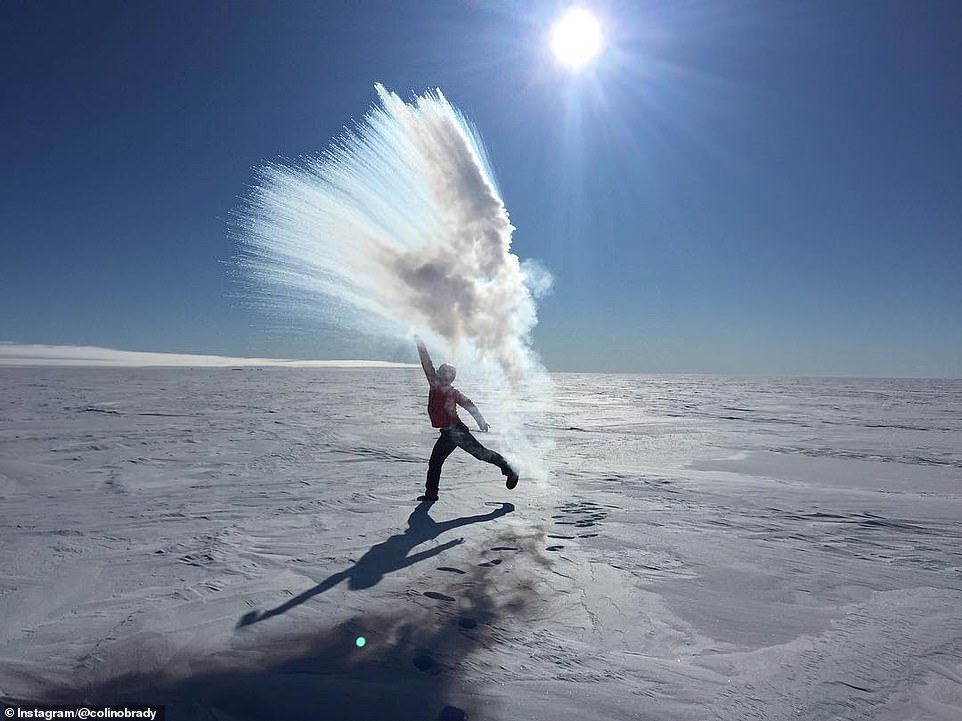 DAY 8: In 20-30 mph headwind and negative 20 degrees farenheit, O’Brady throws boiling water into the air that turns instantly to snow

‘Not only am I pulling my … sled all day, but I’m pulling it up and over thousands of these sastrugi speed bumps created by the violent wind,’ he wrote in an Instagram post on November 12.

‘It’s a frustrating process at times to say the least.’

On November 18, he wrote that he awoke to find his sled completely buried from an all-night blasting of wind and snow. That day he battled a 30mph headwind for eight hours as he trudged along. 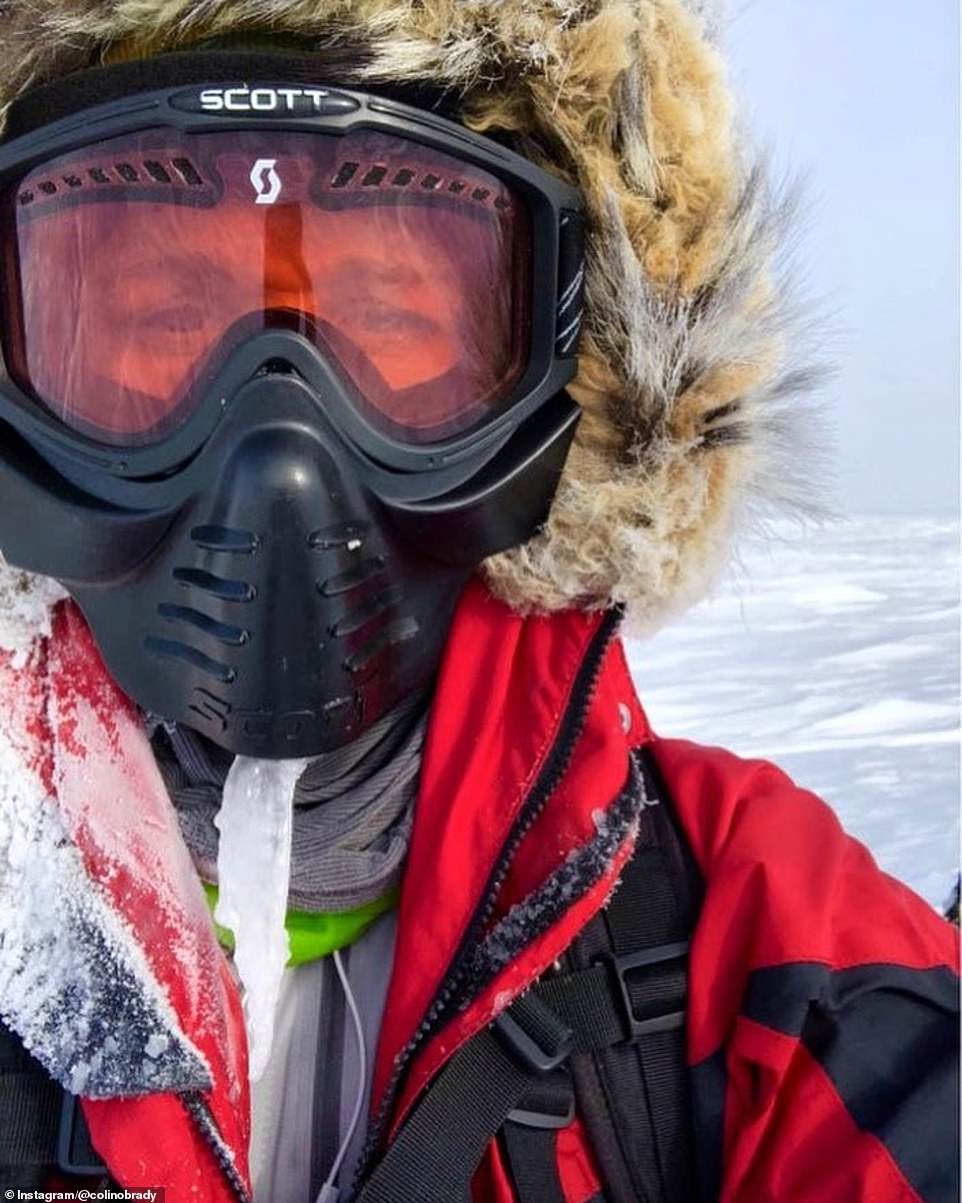 DAY 11: O’Brady grew icicle beards on an extra chilly day. He claims that one formed almost every 15 minutes 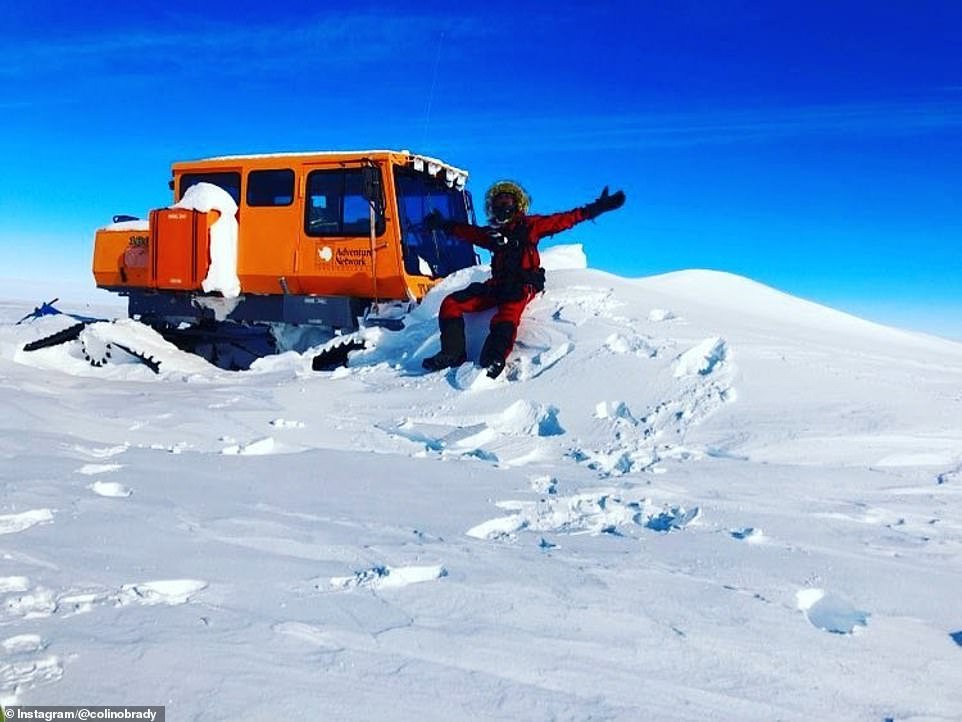 DAY 17: His second waypoint, Thiels Corner, is where Antarctica’s logistics operators maintain caches of jet fuel and a machine to clear snow for a runway 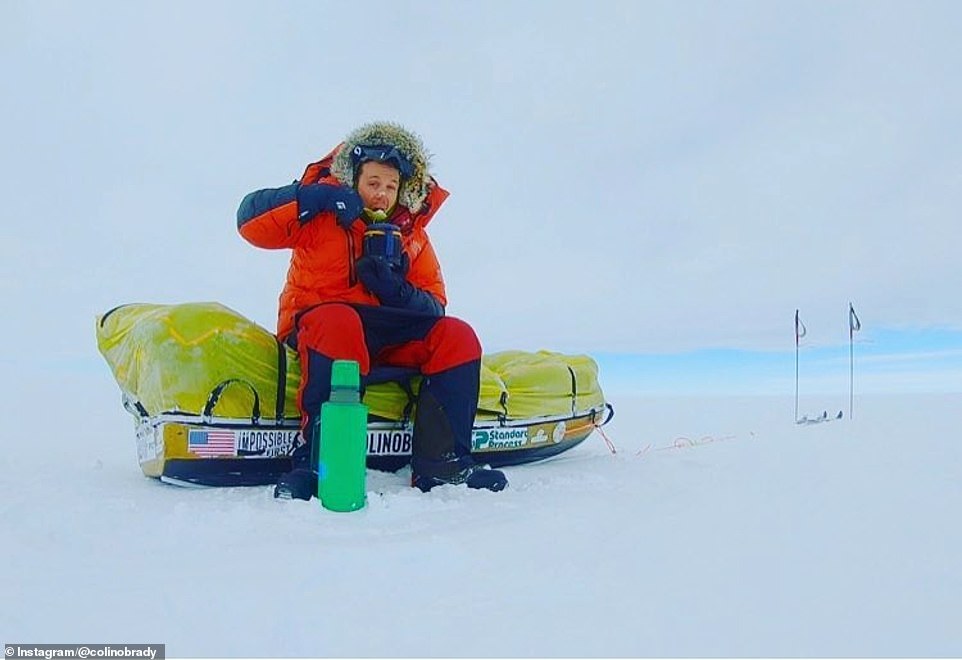 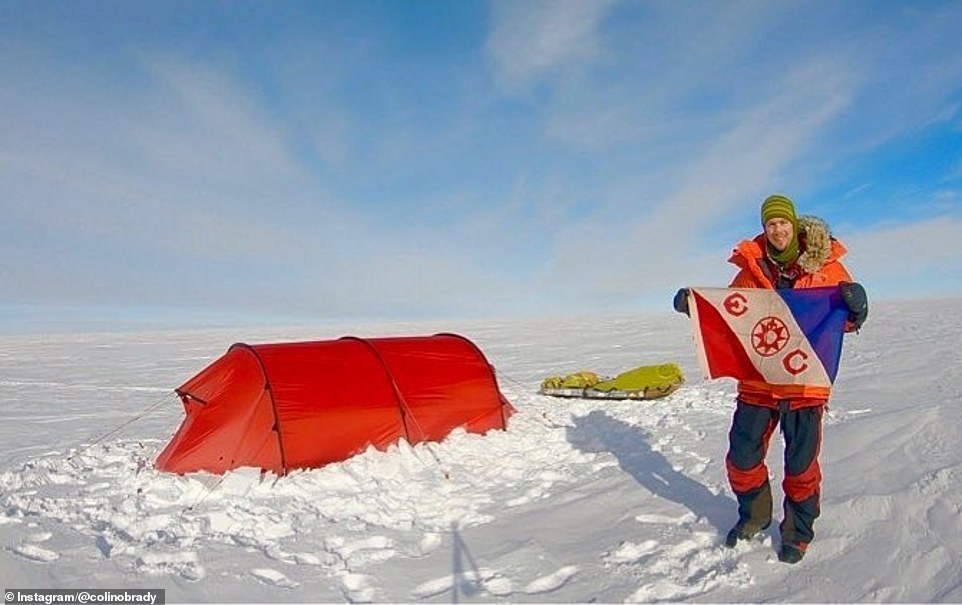 ‘There were several times I considered stopping, putting my tent back up and calling it a day,’ he wrote.

‘I wanted so badly to quit today as I was feeling exhausted and alone, but remembering all of the positivity that so many people have been sending, I took a deep breath and focused on maintaining forward progress one step at a time and managed to finish a full day.’

On day 37, or December 9, O’Brady wrote about how much he had changed, along with a selfie in which he looked almost in pain, snow gathered around his furry hat. 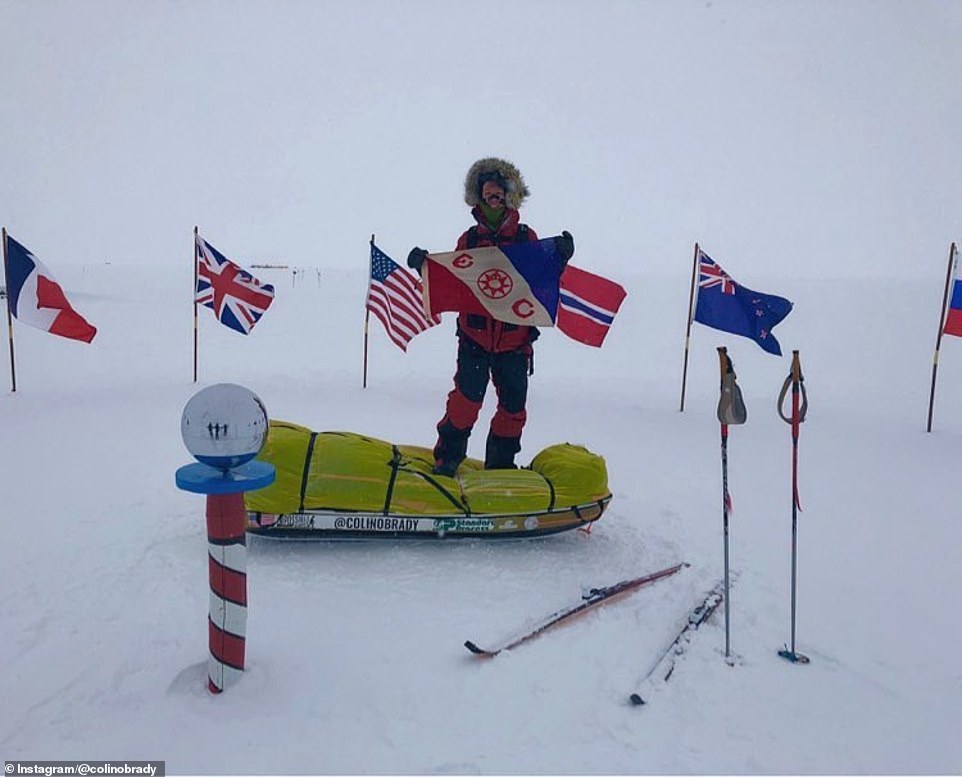 DAY 40: He reached the South Pole marker surrounded by flags from around the world 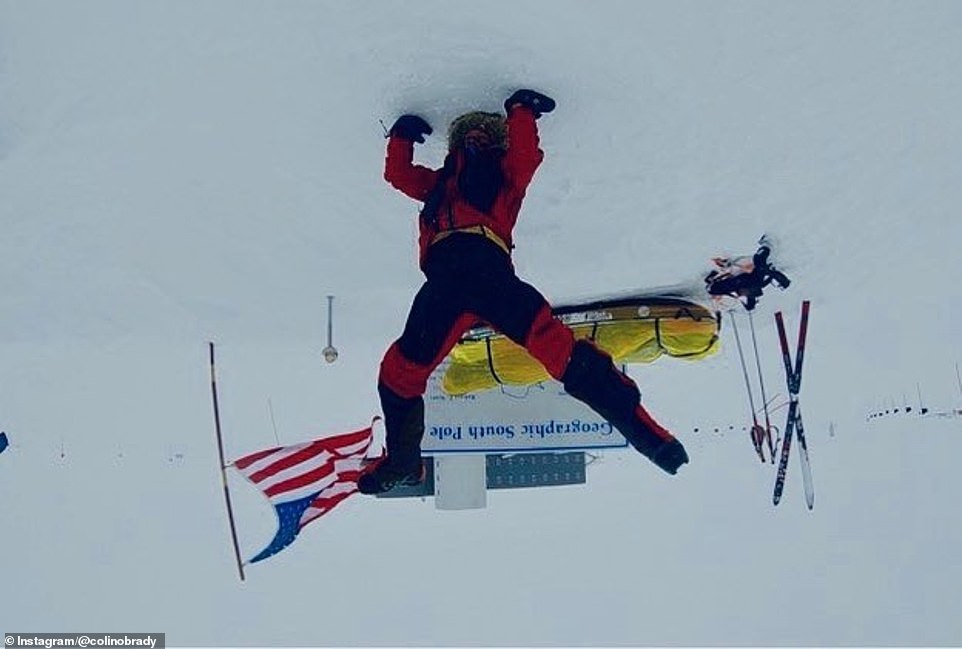 DAY 41: Colin posts him holding up the world after reaching the geographic South Pole, as glacial ice continues to move around season after season 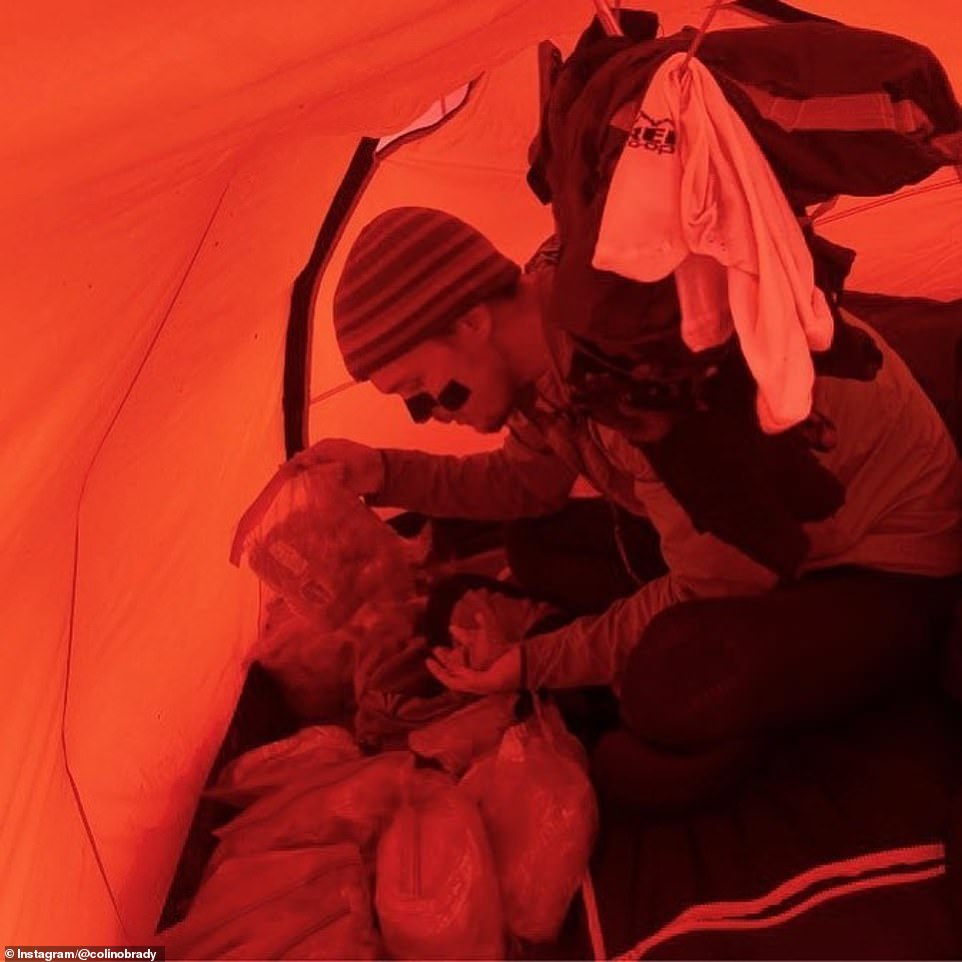 DAY 44: Colin O’Brady explains why the journey is considered impossible without aid or resupply as the margin for error is tiny when carrying all of your food supplies for the entirety 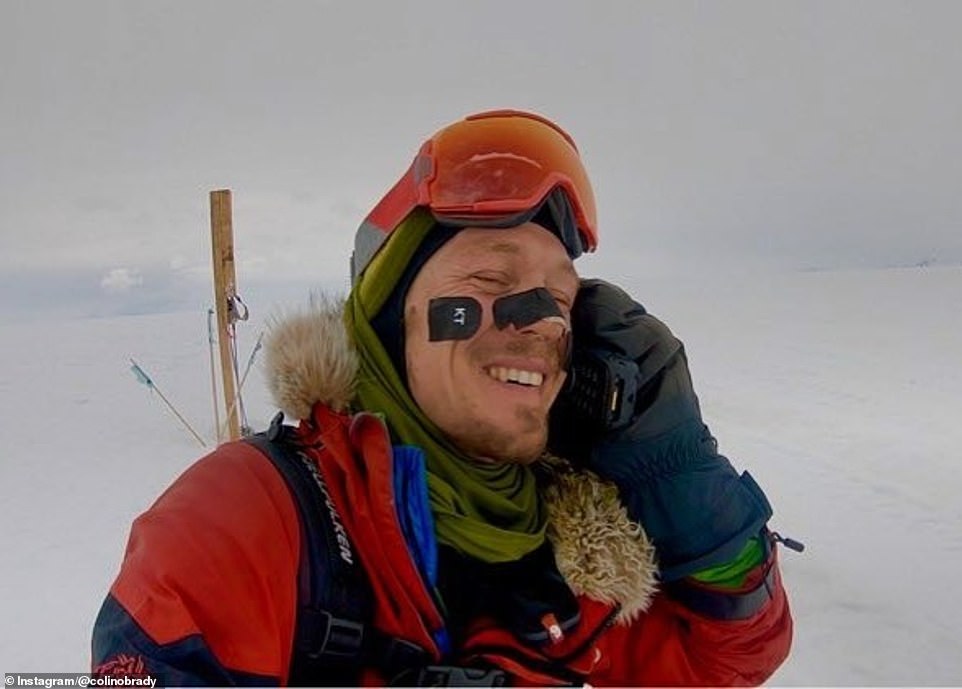 DAY 54: Colin O’Brady completes ‘The Impossible First’ covering the last 80 miles in a single push to the end. The wooden post marks the edge of the Ross Ice Shelf, the edge of Antarctica’s land mass

‘I’m no longer the same person I was when I left on the journey, can you see it in my face?’ he wrote. ‘I’ve suffered, been deathly afraid, cold and alone. I’ve laughed and danced, cried tears of joy and been awestruck with love and inspiration.’

Though O’Brady had initially thought he would want a cheeseburger at the end of his nearly impossible journey, his wife said he had been fantasising about fresh fish and salad because he had mostly been eating freeze-dried foods.

As for what is next for O’Brady, who also has climbed Mount Everest, Besaw said she was not entirely sure.

‘We are just so in the moment celebrating this right now,’ she said. ‘Then we’ll see what’s next on the horizon.’