A pregnant Muslim woman who was randomly targeted and stomped on while sitting in a cafe fears for the world her children will grow up in if racism is not addressed.

The 31-year-old woman, who is 38 weeks pregnant, was with friends at Bay Vista cafe on Church Street, Parramatta, at 10.30pm on Wednesday when she was set upon by a man who she did not know.

Police have arrested 43-year-old Stipe Lozina and charged him with affray and assault occasioning actual bodily harm since the attack.

While the woman has chosen to remain anonymous, she released a statement through a friend thanking Australia for rallying behind her.

She said the incident wasn’t the first time she has experienced racism, but was still shocked her attacker could be so cruel.

‘I hope the justice system lives up to its name,’ she said.

‘I fear for the world our children will grow up in if this is not addressed. I call all Australians, Muslim and non-Muslim, to stand together in protecting innocent people from any racial or religious attacks.’

The woman said she is normally quite private and wouldn’t be comfortable sharing her story but hoped that more exposure would protect other people in the future.

She previously told The Daily Telegraph through a Muslim community leader, she felt ‘very fragile’ and still in shock after the alleged assault.

‘He just screamed at me saying ‘Muslims raped my mum’,’ she said.

Her husband told the publication his wife ‘hardly ever goes out’. 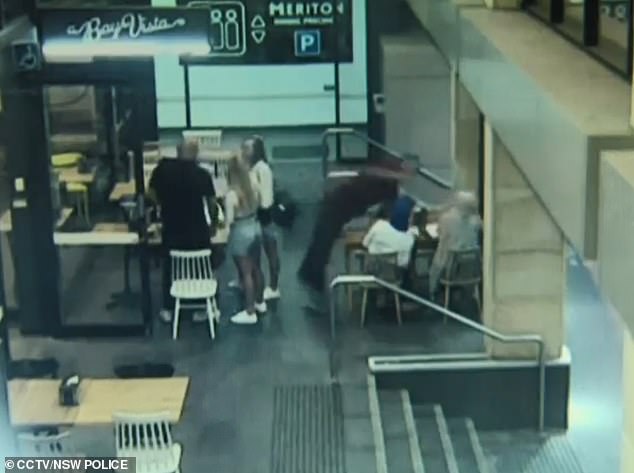 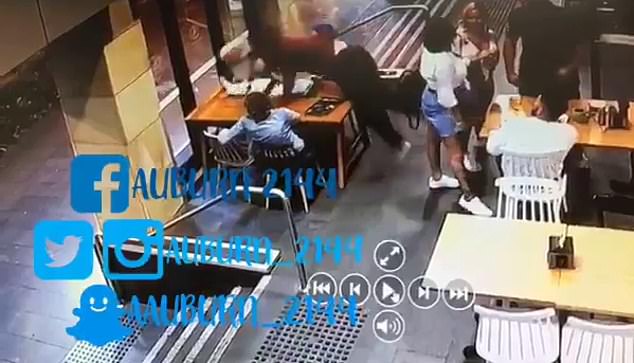 ‘But when her friends invited her for a coffee, I told her to go and that I would look after the kids,’ he said.

Footage shows the moment she was set upon in the cafe.

The man, believed to be Lozina, approached the woman and her friends.

After a brief exchange, the alleged attacker began punching the victim and stomping on her head when she eventually fell to the floor.

She was taken to Westmead Hospital for observation and for assessment of her unborn child, and released on Thursday morning.

NSW Police Inspector Luke Sywenkyj on Thursday morning said the woman suffered a number of bruises and has some swelling. 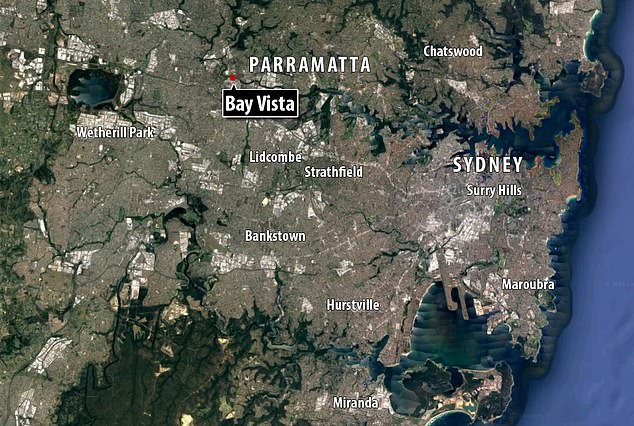 The alleged incident happened at the Bay Vista cafe in Parramatta, western Sydney, about 10.30pm on Wednesday night

‘As a result of the assault, she does seem somewhat emotionally and physically traumatised,’ Insp Sywenkyj told reporters in Sydney.

Police allege CCTV footage shows one of the woman’s friends using a chair to hit the man, causing him to stumble, before other patrons restrained him and walked him out of the cafe.

The woman did not know her alleged attacker, but he was known to police.

Lozina appeared without legal representation at Parramatta Local Court on Thursday as he applied unsuccessfully for bail. He will remain behind bars until at least next month.

Magistrate Tim Keady told Lozina in court: ‘After making a comment about Muslims, you approached her and punched her to the head 14 times. For bail purposes I will treat that as a very strong case against you.’

The man was known to police and had an ‘extensive criminal record’, the magistrate said.

The accused asked for the case to be adjourned to a date when he had another matter due to be heard in court.

Lozina was refused bail to next appear on December 5. 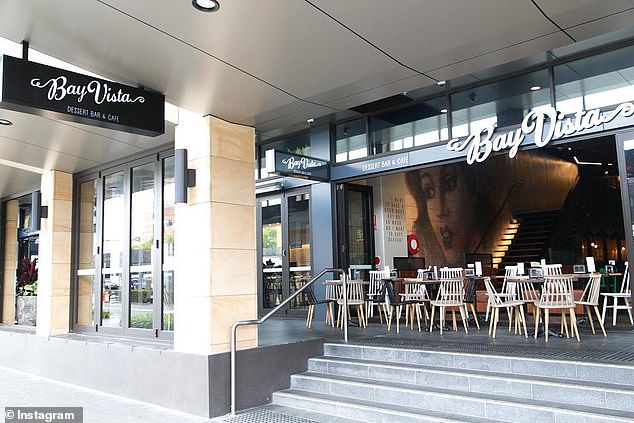