Donald Trump has returned to the iconic Manhattan skyscraper that served as the backdrop for his reality TV shows and the launch of his ground-breaking presidential bid for only his third time since taking office.

President Trump is staying in his penthouse suite at Trump Tower this week as he and the first lady attend the United Nations General Assembly Tuesday.

He arrived in lower Manhattan in spectacular style, disembarking Marina One with security ready and a slick black limousine prepared to transport him to his luxury accommodation.

The billionaire president spent the night in New York in August of 2017 during a working vacation but hasn’t been back in a year. His last stay at Trump Tower was during the 2017 gathering of the UN’s 193 member nations. 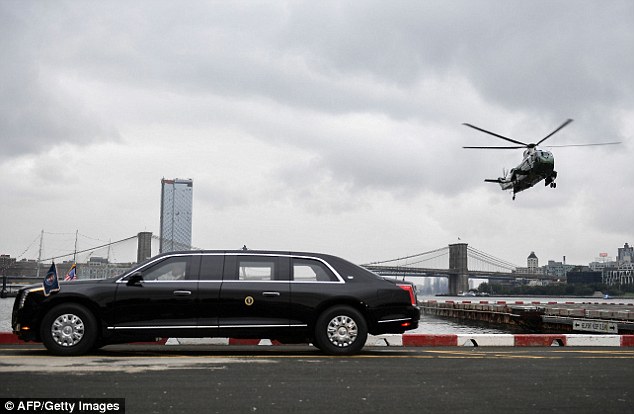 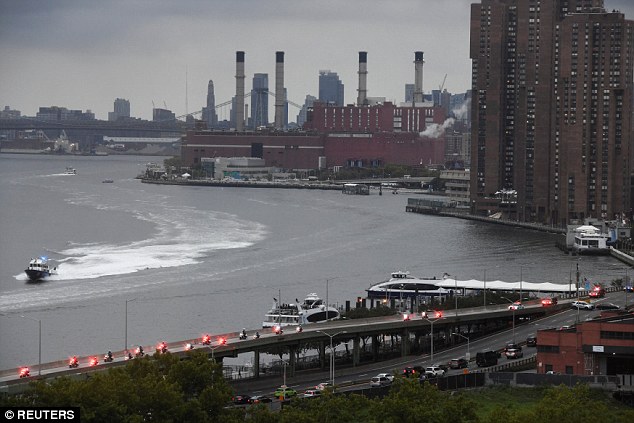 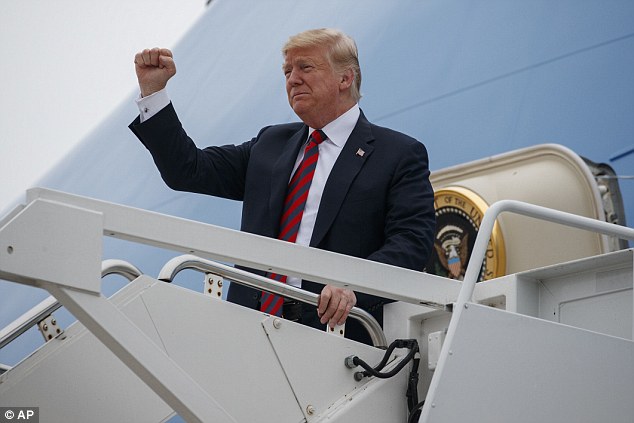 The American leader arrived on Marine One in Lower Manhattan Sunday.

He was seen Friday making a fist pump gesture as he disembarked the aircraft at Springfield-Branson National Airport before attending a campaign rally in Springfield.

Trump is making his second appearance at the conference this year, where he will deliver a speech and preside over a Security Council meeting.

President Trump will make a ‘Global Call to Action on the World Drug Problem’ at a counter-narcotics event that he’s co-hosting with United Nations Secretary-General Antonio Guterres.

Later he will host a reception for heads of state visiting his home city for UNGA.

The U.S. president will deliver remarks at the 73rd Session of the United Nations General Assembly.

He will also have a ‘pull-aside’ with Guterres before attending a luncheon hosted by UN Secretary General.

President Trump will have another pull-aide that afternoon with this year’s UNGA President Maria Fernanda Espinosa before he attends U.S. Ambassador to the U.N. Nikki Haley’s Security Council Presidency Reception.

The president will chair a United Nations Security Council briefing, where members will discuss their counter-proliferation efforts.

Just like the last time he was in New York, Trump will have little time to reminisce. In the four days that he’ll be sleeping at the iconic property, he has a schedule full of meetings that begin as soon as he arrives.

Trump will hold a working dinner with the Japanese prime minister this evening in the building that was once his office and residence. The meal is closed to press.

Shinzo Abe holds a special place the list of leaders that Trump considers to be not just allies but also friends, having been the first head of government to rush to New York to meet him at Trump Tower after the real estate tycoon’s 2016 election.

‘Going to New York. Will be with Prime Minister Abe of Japan tonight, talking Military and Trade. We have done much to help Japan, would like to see more of a reciprocal relationship. It will all work out!’ Trump tweeted Sunday.

He later added: ‘Prime Minster @AbeShinzo is coming up to Trump Tower for dinner but, most importantly, he just had a great landslide victory in Japan. I will congratulate him on behalf of the American people!’

Abe was just reelected himself in the past week – a feat that Trump congratulated him for on Twitter.

‘I’m looking forward to many more years of working together. See you in New York next week!’ he said.

Trump and Abe have much to discuss since their last meeting at the G7 summit in Canada in June. Trump traveled straight to Singapore to meet with North Korean dictator Kim Jong-Un.

A year ago at the general assembly gather, Trump derogatorily referred to Kim as ‘Rocket Man’ in comments that critics of the new president’s in-your-face style worried would start a nuclear war. He introduced tough new sanctions on North Korea at the conference, as well, and vowed to keep maximum pressure on Kim’s government until it stopped building nukes.

In a major turnaround, Kim and Trump signed an informal pact for North Korea to completely and verifiably end its nuclear program in Singapore.

So far, the tete-a-tete has not produced significant results on the security end, although North Korea has not conducted missile or nuclear tests since and followed through on a pledge to return the remains of American soldiers’ remains.

Talks reached a total standstill in late August as North Korea failed to make good on its promises to Trump at the nuclear summit. They were considered back on track by the administration this month after North Korea opted not to use its founder’s day parade to show off its arsenal as it had done in year’s past. 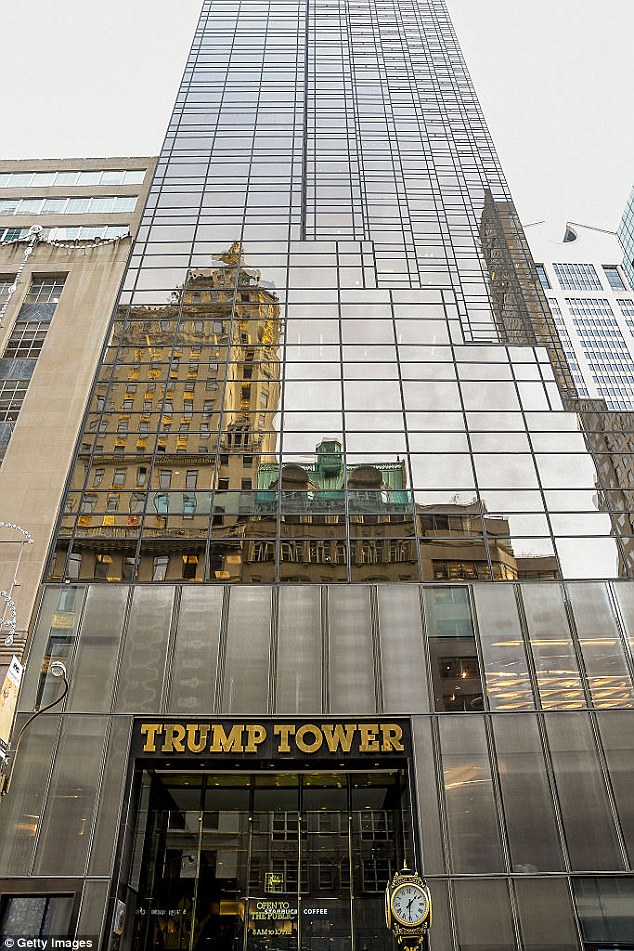 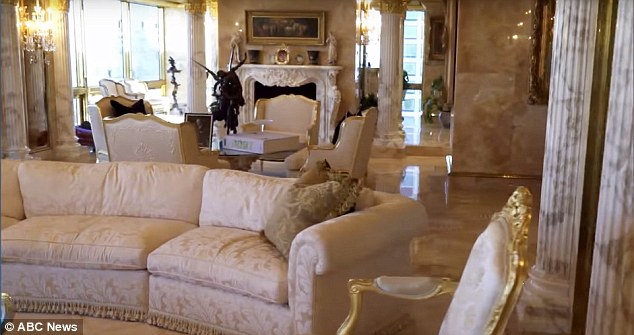 ‘The fact that the two leaders in Korea both shook hands and said they want to denuclearize and they want peace, that’s no small thing. I think the fact that their parade, they didn’t show off nuclear weapons for the first time is a major accomplishment,’ U.S. Ambassador to the U.N. Nikki Haley told CNN on Sunday.

‘But, look, we are far from reaching the end of this. And I think what we want to focus on is denuclearization with verification. We have to both make sure that North Korea knows what we mean by denuclearization,’ she acknowledged. ‘We have got to make sure we enforce sanctions, because that’s what brought them to the table in the first place. And I think that’s what we’re going to continue to do.’

Secretary of State Mike Pompeo was expected to meet with his North Korean counterpart this week in New York and a second summit between Trump and Kim he said is soon to follow.

Trump will meet in New York will meet with Kim’s counterpart in South Korea, the nation’s president, Moon Jae-in. The leaders of the two Koreas clasped hands victoriously, shared hugs and announced a joint bid for the 2032 Olympics at the conclusion of their last meeting last week in Pyongyang.

Kim credited Trump for generating regional stability at the finale of his three-day summit with Moon – their third set of talks since South Korea hosted the Winter Olympics and the countries’ athletes walked under one flag at the Opening Ceremony in February.

The leaders agreed at the summit to new steps that the north would take to denuclearize, specifically the closure of the Tongchang-ri facility, which would be independently supervised. Kim said he would be willing to close a second site, at Yongbyon, if Trump takes ‘reciprocal steps’ that were left unspecified.

Moon reported after the summit that Kim is eager to meet with Trump again.

He’ll reveal more of his conversation with Kim during a meeting with Trump on the sidelines of the United Nations this week. 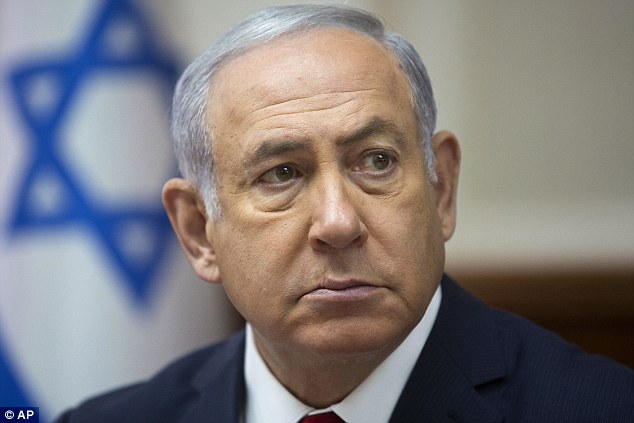 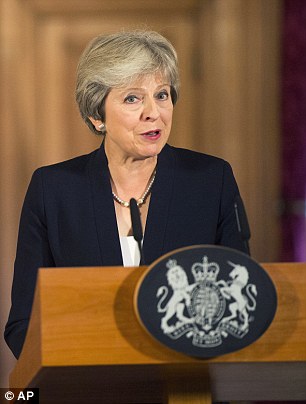 Trump will also hold private talks with French President Emmanuel Macron and British Prime Minister Theresa May while he is town.

Tariffs the president has put on steel and aluminum coming out of Europe and a threat to penalize automobile purchase are among the topics that Macron will want to discuss. A trade deal for the U.K. when it exits the EU next March will be chief among the issues May, with whom Trump has had a difficult relationship, is all but certain to bring up.

U.S. sanctions against Iran are another hot-button issue that world leaders are certain to press Trump on. The first round of penalties on Tehran for its illicit nuclear activities are due to go into effect on November 4.

Companies that do business with Iran will be sanctioned in turn if they fail to adhere to the new U.S. standards, unless they received Treasury Department waivers.

France’s largest energy company, Total, quit a multi-billion dollar oil and gas deal with Iran this summer after it couldn’t obtain one.

Iran has given European countries until the date that the sanctions hit to make a choice about whether to abide by U.S. sanctions or live up to the spirit of nuclear pact.

The EU has said that it plans to stick by the deal that Trump pulled the U.S. out of this spring and will assist companies in business with Iran that are hurt by the renewed fees. Still, Iran has said that it could quit the accord if ‘staying in the agreement will not benefit us anymore’ once U.S. sanctions are reinstated.

Israeli Prime Minister Benjamin Netanyahu will serve as a counterpoint to leaders begging Trump this week to relax the mandatory sanctions that will snap back into place in two waves this year and next. Netanyahu urged Trump to cancel U.S. involvement in the agreement in a rare speech by a foreign leader last year to the United States Congress.

Trump is not scheduled meet with Iranian President Hassan Rouhani while they are at the United Nations, although they could always have a casual pull-aside behind closed-doors at the all-call.

Rouhani could also encounter Trump at the Security Council meeting the U.S. president is chairing on Iran’s nuclear program, that Haley has said the Iranian leader is welcome to attend. 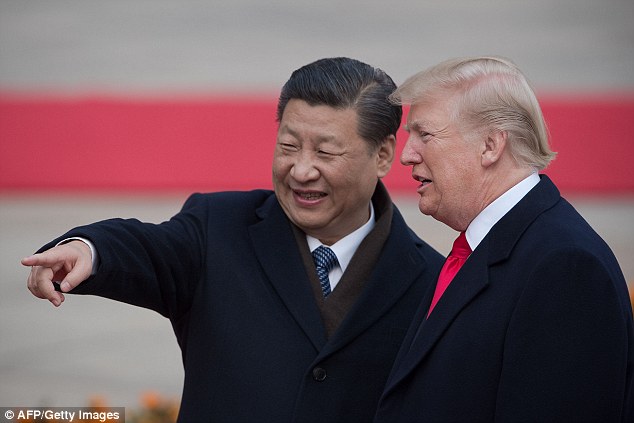 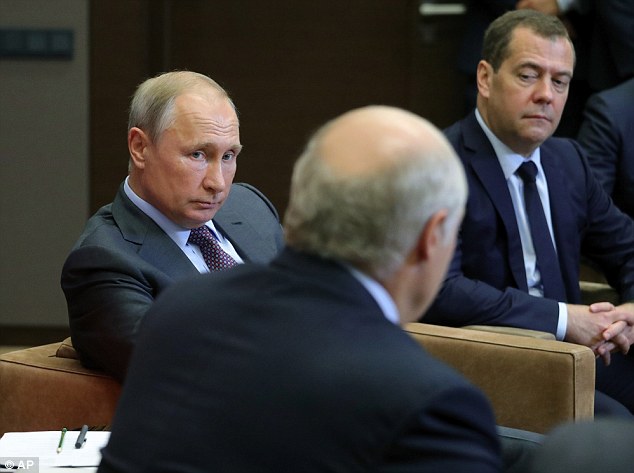 Russian election meddling, which U.S. officials believe is taking place to this day at American prepare to go to the polls on November 2 to elect a new House and Senate, is another potential topic of discussion, especially in Putin’s absence. The humanitarian catastrophe in Syria, and Russia’s support for the ruling government, is also on the schedule to be discussed.

The U.S. bombed the Syrian army with the assistance of the U.K. and France earlier this year after dictator Bashar al-Assad launched a chemical weapons attack on his own people. In remarks at the time President Trump name-checked Syrian allies Russian and Iran.

Haley said Sunday on CNN that Russia owns the crisis there now and it needs to foot the bill to reconstruct the country once ISIS had been defeated and the civil war is over.

‘Russia has to step up. They took responsibility for this. They have got to manage it. They can’t sit there and do whatever they want, allowing the Iranians to continue to have influence, when they’re the biggest sponsor of terrorism, and then turn around and have their hand out and asking us for money,’ she said, hitting on a sticking point that could come up in the meeting on Iran.

Trump is anticipated to depart New York on Thursday to return to Washington, where he’ll greet the Chilean president on Friday. 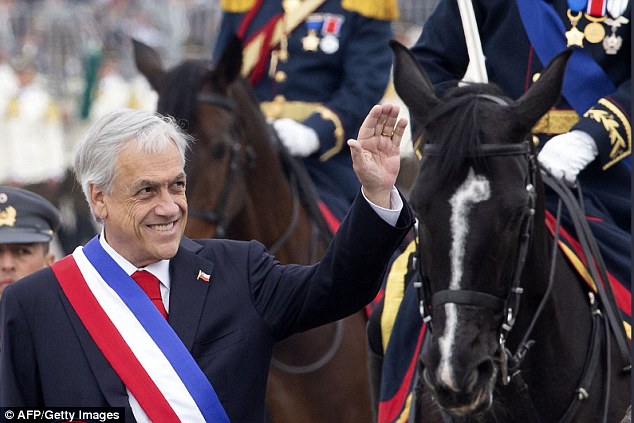 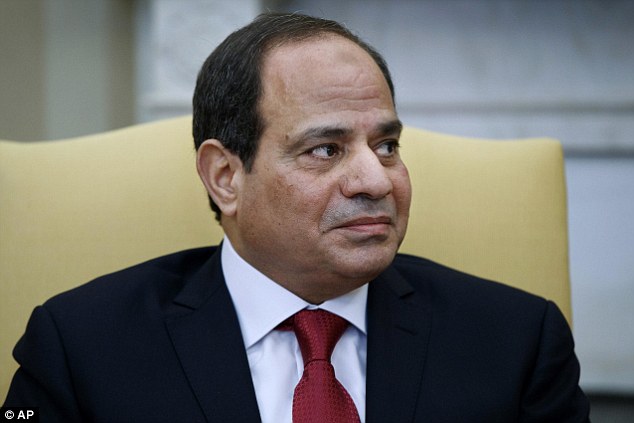 Trump will meet with Egyptian President Abdel Fattah el-Sisi, a leader he considers ‘a friend’ and whom he also hosted last year in Washington 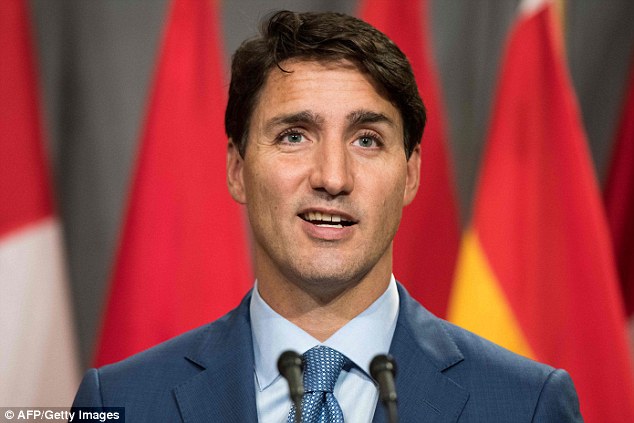 Before he leaves his old stomping grounds he’ll meet with Egyptian President Abdel Fattah el-Sisi, a leader he considers ‘a friend’ and whom he also hosted last year in Washington.

Trump’s complimentary words for el-Sisi, a dictator with a bruising human rights record, has courted controversy, particularly after Trump said he was ‘very much behind’ the autocrat in remarks in May of last year in the Oval Office.

The U.S. president said the el-Sisi, whom he met when he was competing for the presidency, is ‘somebody that’s been very close to me from the first time I met him’ and has his ‘strong backing.’

‘We agree on so many things,’ Trump said. ‘I just want to let everybody know, in case there was any doubt, that we are very much behind President el-Sisi. He’s done a fantastic job in a very difficult situation.’

The president is meanwhile avoiding sit downs while he’s in New York with U.S. allies from around the globe such as Germany and Canada, with which the U.S is currently engaged in a messy trade negotiation.

Canadian PM Justin Trudeau will deliver a speech that rivals Trump’s own to the general assembly this week.