President Donald Trump is turning up the drama in his selection of the next head of the Federal Reserve, plugging the move in a new video as sources indicate a current fed governor is a leading candidate.

‘People are anxiously awaiting my decision as to who the next head of the Fed will be….’ Trump wrote on Twitter late Friday.

‘I will be announcing it sometime next week,’ Trump said in a video statement on Instagram.

Without revealing a name, Trump said: ‘It will be a person who hopefully will do a fantastic job. I have someone very specific in mind and I think everyone will be very impressed.’

The president is leaning toward nominating Federal Reserve Governor Jerome Powell to be the next head of the U.S. central bank, two sources familiar with the matter said on Friday.

The sources cautioned that while Powell had emerged as the leading candidate from a short list of five, Trump had not made a final decision and could always change his mind.

President Donald Trump hyped his selection of a new head of the Federal Reserve, saying he’ll announce his decision ‘sometime next week’

Trump has said he has been considering Powell, as well as Stanford University economist John Taylor, for the post. He also has said he has not ruled out renominating current Fed Chair Janet Yellen, whose term expires in February.

He is expected to announce his pick, which would need to win Senate approval, before he departs on a trip to Asia on Nov. 3.

The term of current Fed chair Janet Yellen ends in February 2018, though her term as a Federal Reserve Board governor does not expire until 2024.

Trump had been working from a short list of five candidates that included his top economic adviser, Gary Cohn, and former Fed Governor Kevin Warsh.

A senior administration official said on Wednesday that Trump was unlikely to nominate Cohn given the importance of his role in helping to lead efforts to enact tax reform legislation currently being debated in Congress. 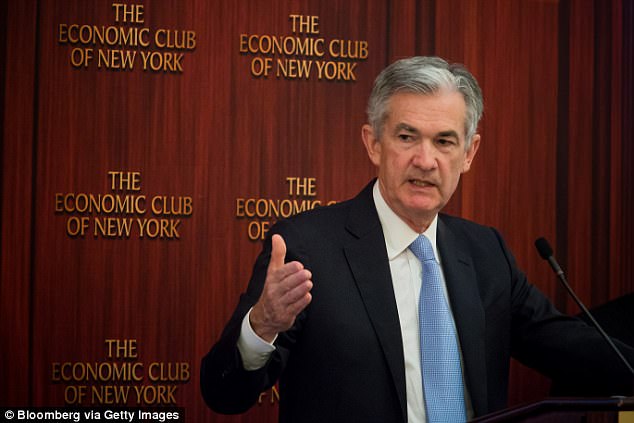 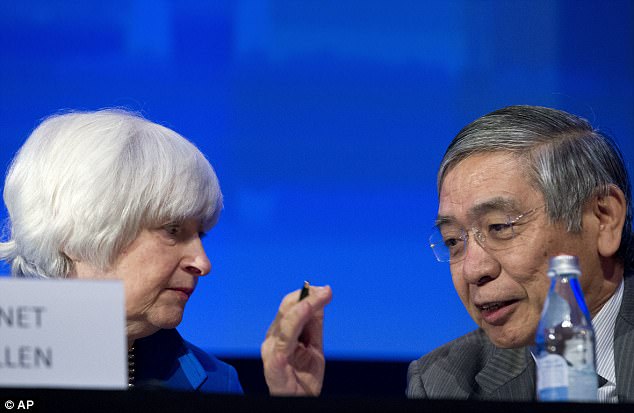 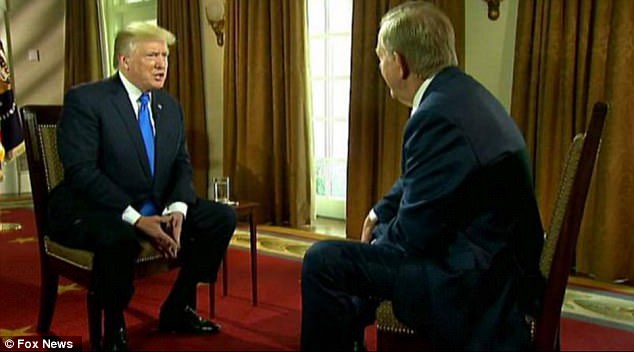 SHOW OF HANDS: Trump has been soliciting opinions on who to name as head of the Federal Reserve

Trump has also privately voiced a desire to put his own stamp on the central bank, which has dimmed the prospect of him giving a new term to Yellen, another source said.

In an interview with Fox Business Network last Friday, Trump indicated he could nominate both Powell and Taylor for top jobs at the central bank. A vice chair post is currently open.

‘Tell me who your preference is,’ Trump invited his host to share in an interview that airs on Fox Business Wednesday night. The president had already polled the entire GOP Senate conference the day before, and even invited a show of hands.

‘I’d love to hear it. You could even cut it out if you want. You don’t have to — I would love to hear you. I only want that from people I respect,’ the president flattered his interviewer.

‘I personally believe that Janet Yellen might be worth keeping,’ said Dobbs, a longtime financial news anchor who spent years as a CNN anchor and who like Trump has called for tough borders and criticized NAFTA.

Trump then allowed: ‘I tell you what, she was in my office three days ago. She was very impressive. I like her a lot. I mean, it’s somebody that I am thinking about.’

‘I would certainly think about it,’ the president added.

In an unusual move, Trump invited GOP senators to vote by a show of hands on who they supported: Stanford University economist John Taylor or Fed governor Jerome Powell. He has also indicated Yellen was in the mix.

Senators said afterward that Taylor got the most votes.

Trump economic advisor Gary Cohn has also been considered in the running, despite having come out with a blistering editorial after Trump flubbed the response to the violence in Charlottesville.