Prince Harry has claimed King Charles was envious of the Princess of Wales’ media coverage and allegedly accused her and Prince William of ‘drawing attention away from him and Camilla’.

In his bombshell book Spare, which hit shelves on Tuesday, the Duke of Sussex described how his father ‘controlled the purse strings’ for his brother- meaning how much the Prince of Wales worked was essentially dictated by his father.

When the then Duchess of Cambridge announced she was expecting Princess Charlotte in 2014, Prince Harry recounts how his brother had started being referred to as ‘Work-shy Wills’.

Jumping to William’s defence, Harry wrote: ‘He did as much as Pa wanted him to do, and sometimes that wasn’t much, because Pa and Camilla didn’t want Willy and Kate getting loads of publicity.’

Prince Harry says Kate and William ‘felt trapped’ in his bombshell memoir Spare. He claims the King and Queen Consort always conscious of the couple overshadowing them in the press

Prince Harry claims his father and stepmother ‘openly scolded’ William for him and his wife ‘drawing attention away from them [and] their causes’.

Providing an example, Prince Harry went on to recount how his father’s press officer was left furious the Duchess of Cambridge’s team had booked an engagement for her on the same day as one of Charles’

As it was too late for the mother-of-three to cancel her engagement at a tennis club, Charles press officer instructed that the Duchess should not hold a racquet in any photos.

‘Such a winning, fetching photo would undoubtedly wipe Pa and Camilla off the front pages,’ Harry wrote. ‘And that, in the end, couldn’t be tolerated.’ 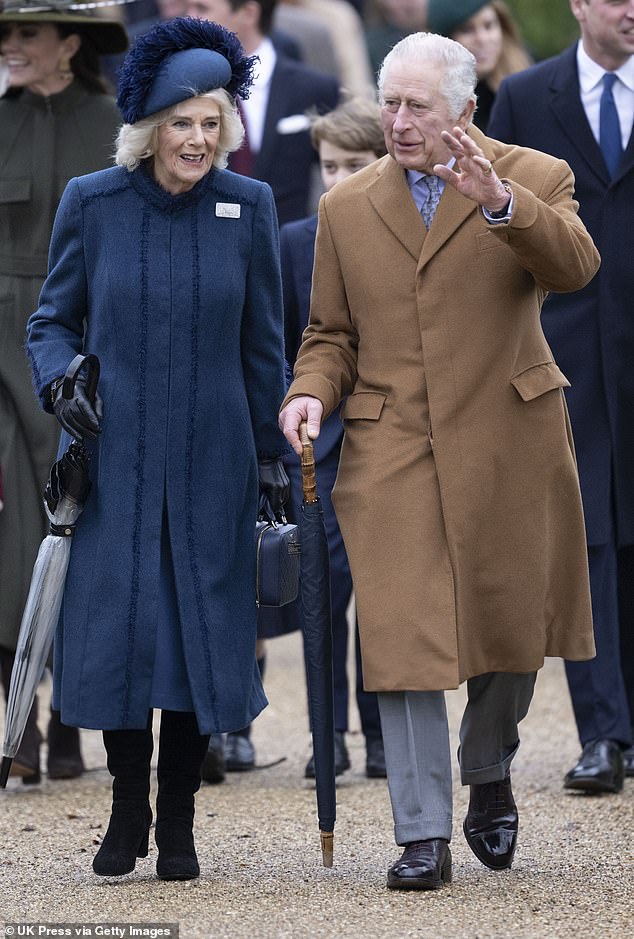 According to Harry, the King and Queen Consort (pictured on Christmas Day) ‘openly scolded’ Prince William about him and his wife ‘drawing attention away from them’ 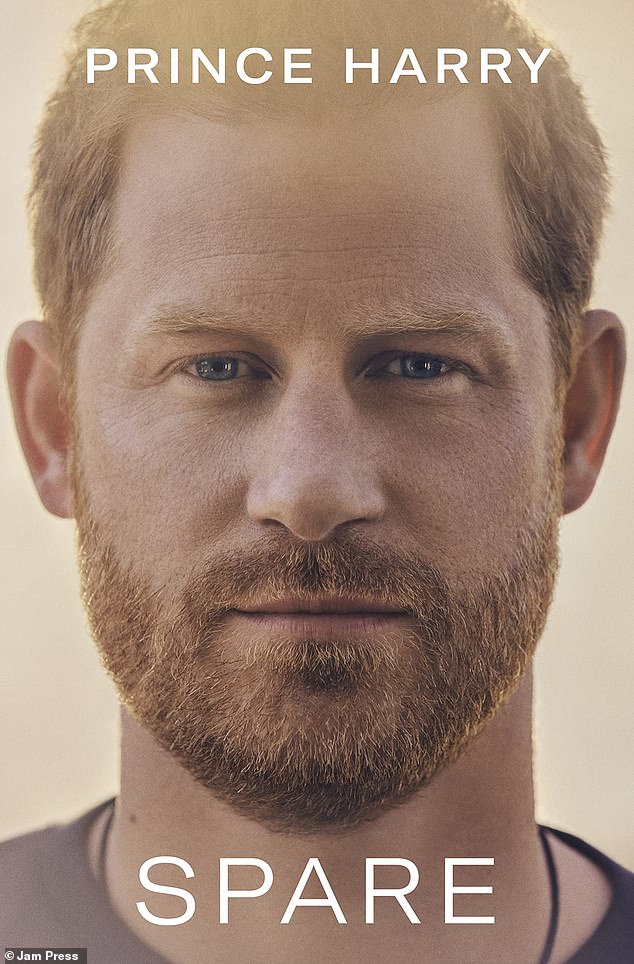 As a result, Prince Harry says his brother confided in him that both him and his wife ‘felt trapped and unfairly persecuted’.

Although the Duke of Sussex doesn’t specify what the engagements were, Kate Middleton visited the GSK Human Performance Lab in Brentford during the early stages of her second pregnancy.

During her tour of the athletics centre, the mother-of-three – who is known to get stuck into sports during engagements – chose to watch the aspiring Olympics athletes train from the sides.

However, she did get put through her paces when she completed four tests of increasing difficulty by neuroscientist Barry O’Neill which involved her tapping coloured circles on a large screen. 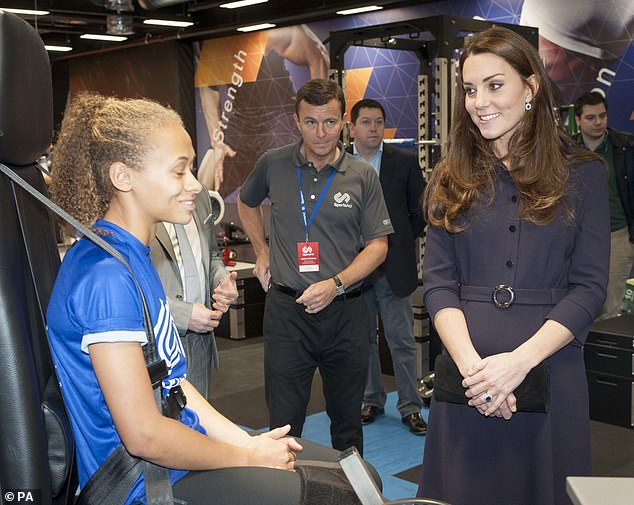 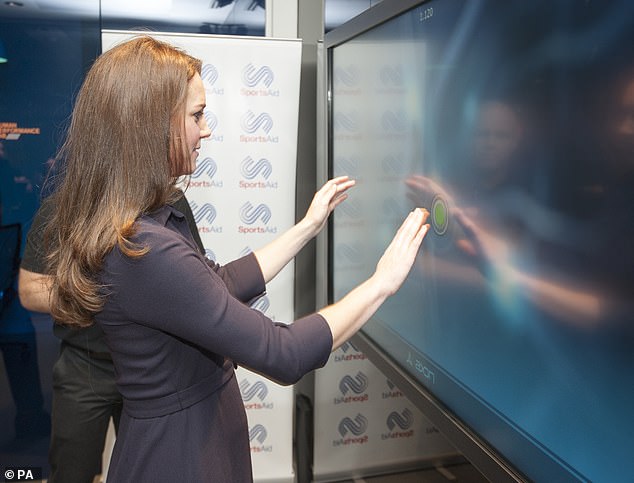 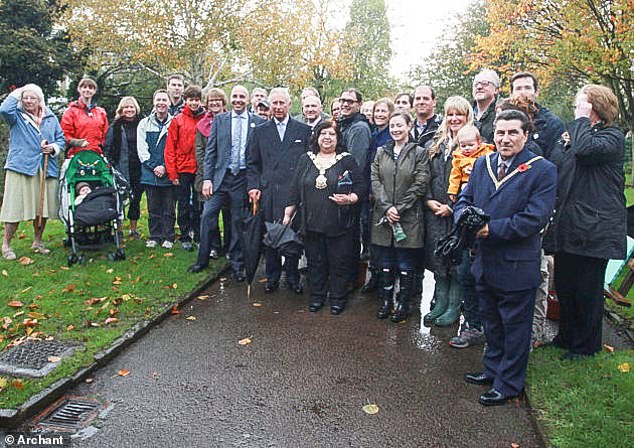 King Charles pictured visited the Arlington Gardens in Islington , which had undergone a £170m makeover, on the same day as Kate’s engagement in 2014 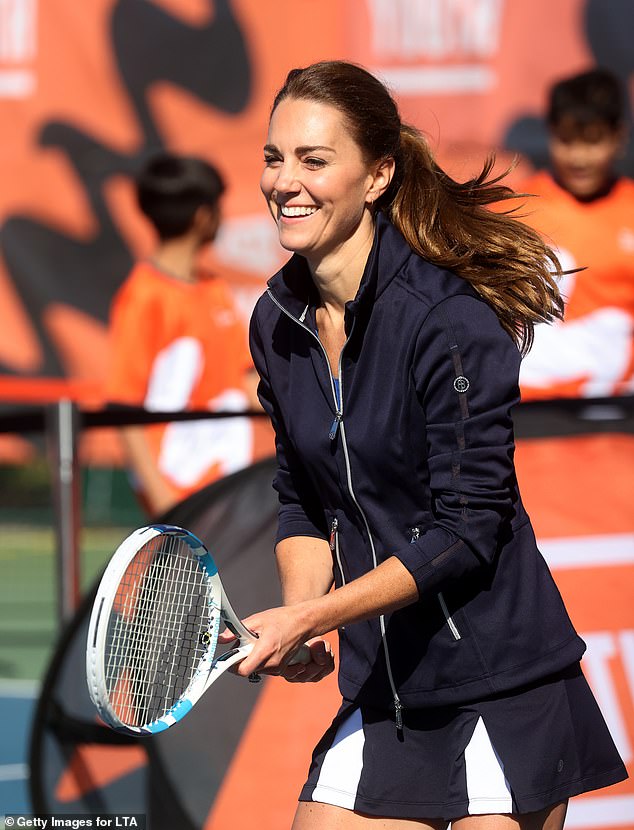 King Charles’ press officer allegedly told Kate’s team that she should not be pictured with a tennis racquet during her engagement as it would ‘wipe Charles off the front page’. The Princess of Wales pictured playing tennis in September 2021

On the same day, King Charles visited the Arlington Gardens in Islington, which had undergone a £170m makeover.

Elsewhere in the book, Prince Harry alleges his brother was ‘seething’ with rage after he accused his father and Camilla of ‘planting’ stories about him and his family in the press.

Recounting a phone call in April 2019, Prince William allegedly told his brother: ‘Give Pa and Camilla an inch and they take a mile. They’ve done this to me for the last time.’

The Duke of Sussex then says he told his brother that his father and stepmother had ‘done the same thing to [him] and Meg’.

However, the Duke does not specify what story William was allegedly talking about.

But Harry blames a ‘gung-ho’ member of his father’s press office for ‘peddling’ fake or unflattering stories as part of a ‘campaign’ of getting good press for the now King and Queen Consort, at the expense of other family members.

Harry also blamed the same person, whom he doesn’t name but says is a woman, of leaking that he had gone on a hunting trip to Germany in 2017 that ‘made me out to be some fat-bottomed seventeenth-century baron who craved blood in trophies’.

In fact – he says – he had been ‘working with German farmers to cull wild boar and save their crops’.

Harry claims his German story was ‘swapped’ for ‘better access’ to his father and to suppress stories about a member of Camilla’s family.

He even claims he had ‘proof’ from reporters inside ‘actual newsrooms’ that he and his brother were being sold out. Like so many of Harry’s claims, however, there is much that is confused and wrong.

And Harry’s hunting trip only leaked because locals tipped off Germany’s biggest newspaper that Harry and his friends had arrived in the country on a private jet.

They also managed to track down which estate they were on because he had attended the wedding of the landowner – nicknamed The Boar Terminator – previously and classed him as a good friend.

‘He looks so sad’: Prince Harry’s former fling Catherine Ommanney blasts ‘manipulative and controlling’ Meghan Markle and says she ‘would have loved the Duke to marry somebody like Kate Middleton’

‘How could you say such things?’ Prince Harry reveals how beloved nanny Tiggy and King Charles’ friend Emilie van Cutsem berated him over explosive Oprah interview

‘It was no palace’: Prince Harry admits he was ‘EMBARRASSED’ to show Meghan his Nottingham Cottage home and reveals the Suits actress likened it to a ‘frat house’