He’s a natural! Playful Prince Harry delights a giggling one-year-old and hugs a mascot as he meets patients at Sheffield Children’s Hospital – and is shown photos of Diana’s visit 30 years ago

New father Prince Harry showed off his paternal nature as he played with a little boy at Sheffield Children’s Hospital today.

The Duke of Sussex, 34, beamed as he gently teased one-year-old Noah Nicholson with his toy during a tour of the hospital wards this morning.

The royal, who welcomed son Archie in May, couldn’t hide his delight as he spent time with the toddler and his mother. 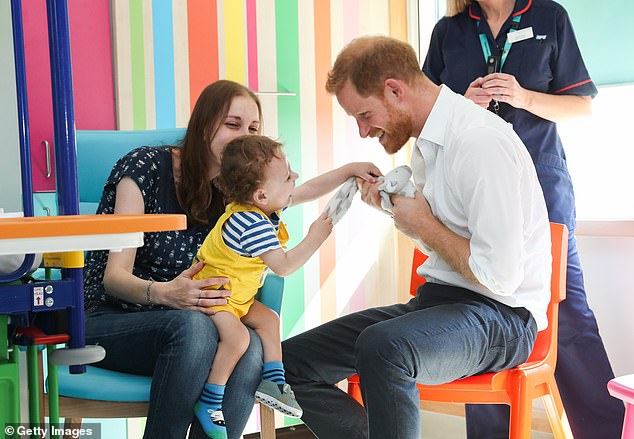 Harry playfully teased Noah with the toy, pulling it back just as he reached across 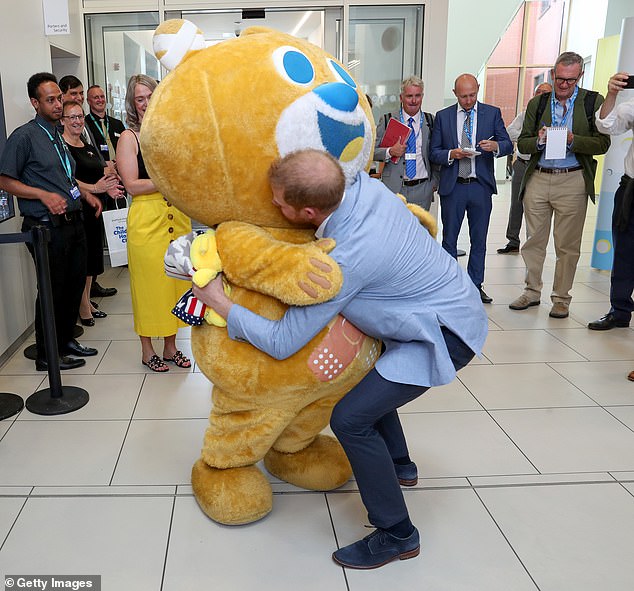 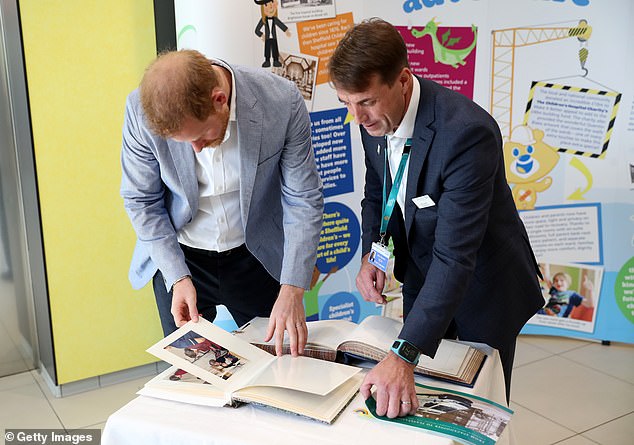 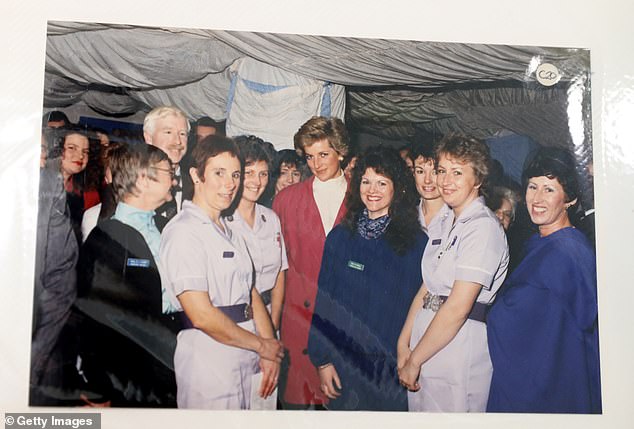 One of the photos seen by Harry, showing Diana with hospital staff on the visit 30 years ago 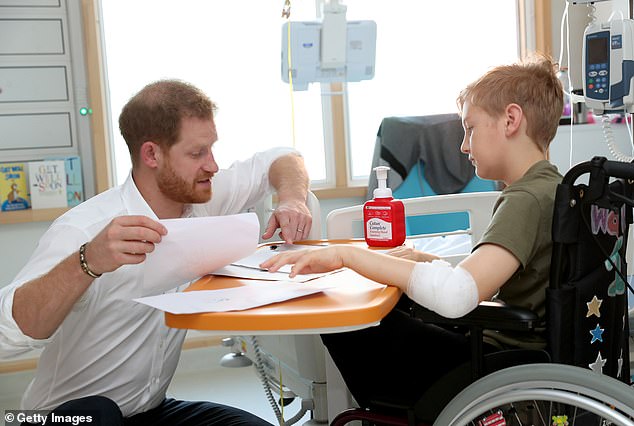 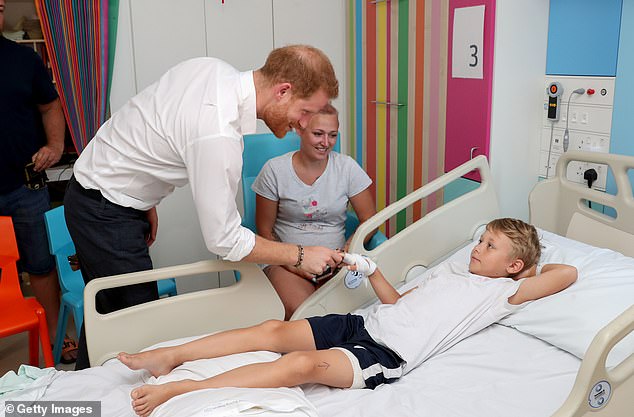 The Duke of Sussex spent time at the bedside of a patient named Archie, whose mother was also by his side

Harry spent time with staff, patients and their families and officially opened a new wing during the visit.

In a poignant moment, the royal was shown a photo album documenting a visit to the hospital by his mother Princess Diana 30 years ago.

Harry smiled to himself as he flicked through pages of photos showing his mother with hospital staff and patients. 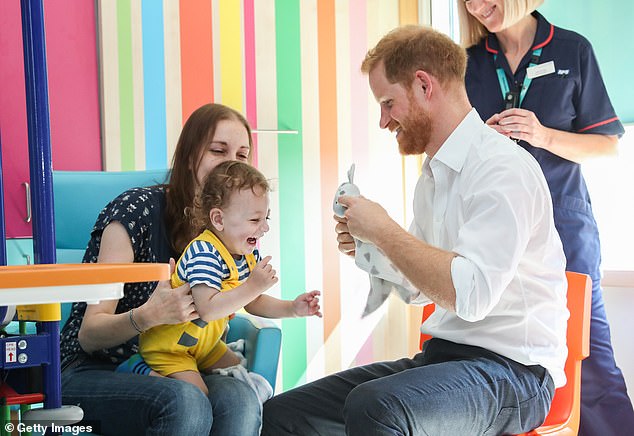 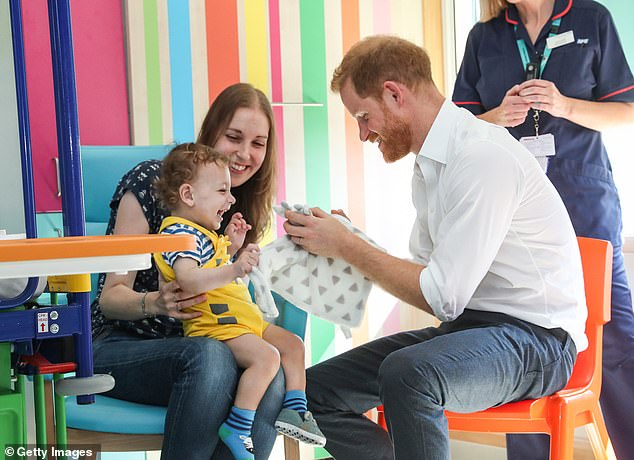 One-year-old Noah continued to giggle as Harry showed him his blanket toy, pictured 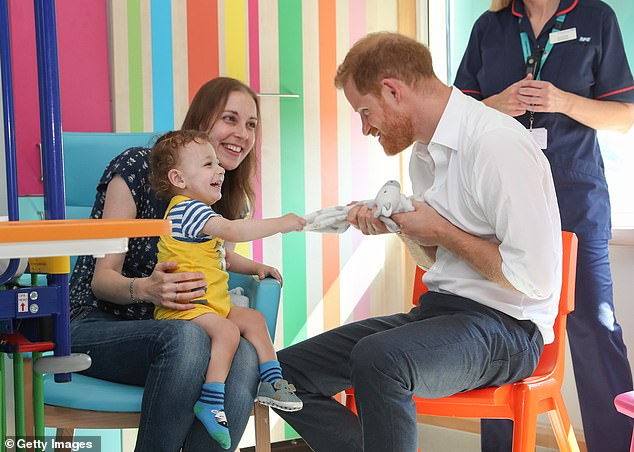 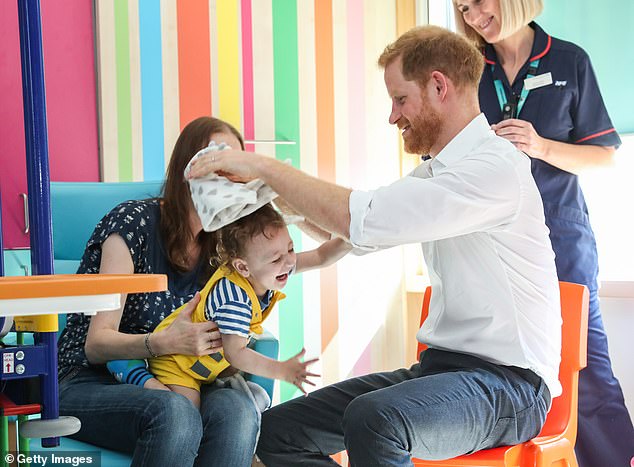 He later signed the same visitor’s book as his mother was given on her 1989 trip.

The prince looked typically relaxed as he spent time chatting to young patients, including schoolboys Heath and Alfie.

Harry, who welcomed son Archie in March, rolled up his shirt sleeves as he toured hospital wards listening to the youngsters. 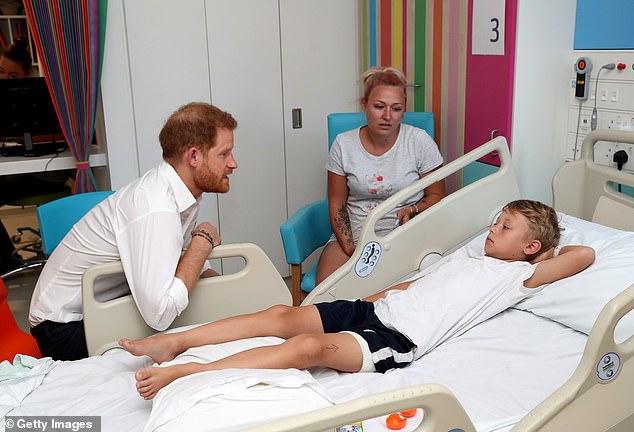 The prince spent time speaking to Alfie, who is on one of the new wards at Sheffield Children’s Hospital. Alfie’s mother sat by her sons bedside 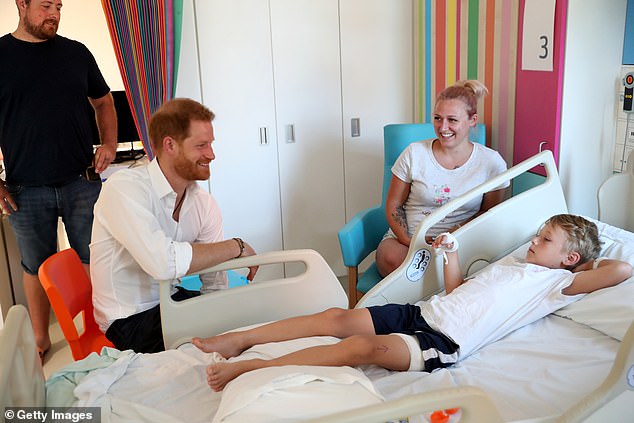 Later he will meet academics and students at Sheffield Hallam University.

He will also go to  a demonstration of a virtual reality rehabilitation project at the university, which uses technology to make it easier for amputees to train themselves to use prosthetic limbs, and view a racing car built by engineering students and recently raced at Silverstone. 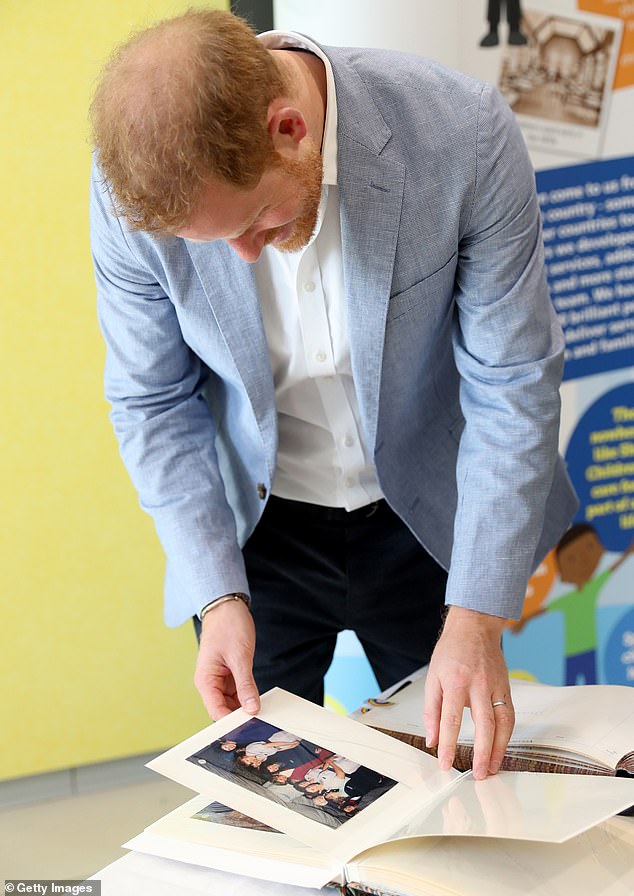 In a poignant moment, Harry was shown photos of his mother Diana visiting the hospital 30 years ago 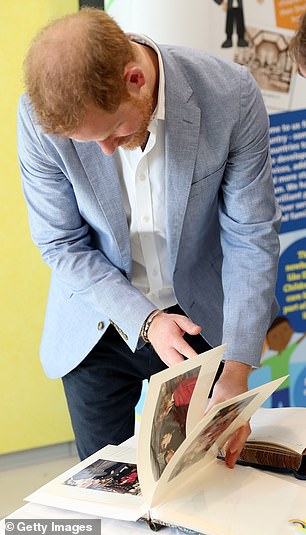 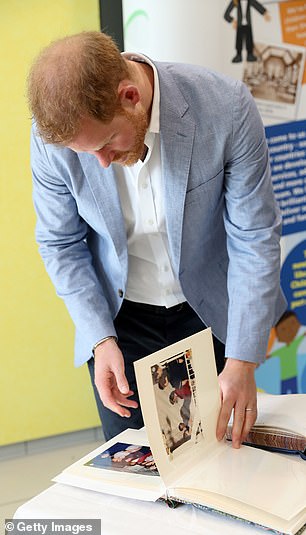 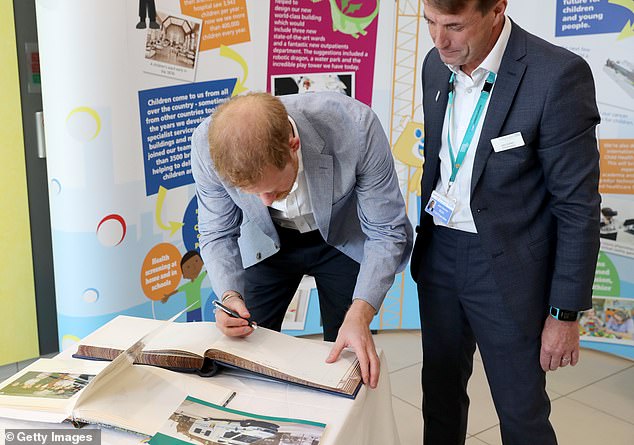 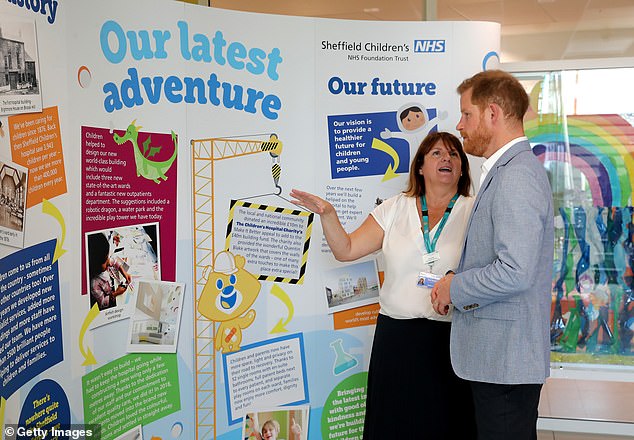 At the university, the duke will also meet academics and students working with the World Health Organisation and the United Nations, who have developed new technology to provide alerts and assistance to field staff working in inhospitable and dangerous parts of the world.

Harry will round off his day of engagements in Sheffield with a visit to the Invictus UK Trials, where athletes are competing to be selected to represent the UK at next year’s Invictus Games.