Prisoner, 26, awaiting trial for theft is released on bail due to coronavirus concerns and now faces a MURDER charge after ‘stabbing a 63-year-old man to death’

Justin Wilson, 26, was released from jail while awaiting his theft trial in April and is now accused of first-degree murder in the July 23 death of a 63-year-old man

Police say that a Maryland man who was released from jail over coronavirus concerns is responsible for stabbing to death a 63-year-old man in late July.

According to court records, a Montgomery County judge had released Wilson from jail in April, during the height of the pandemic.

Wilson had filed an emergency petition with the court to be released due to the ‘immediate threat posed by [the] COVID-19 pandemic,’ ABC 7 reported.

Wilson had been in Montgomery County Correctional Facility while waiting for a trial on several theft charges, in addition to rogue and vagabond charges, which are usually applied to situations where police believe the suspect was breaking into a car or was carrying burglar tools.

Police said that one of Ienzi’s relatives – his 16-year-old daughter – said she saw Ienzi struggling with Wilson, who was holding a knife on the morning of July 23.

Ienzi died from stab wounds while at a nearby hospital later that day.

The day after his death, police said his son told them that surveillance video confirmed his suspicion that Wilson had killed his father. 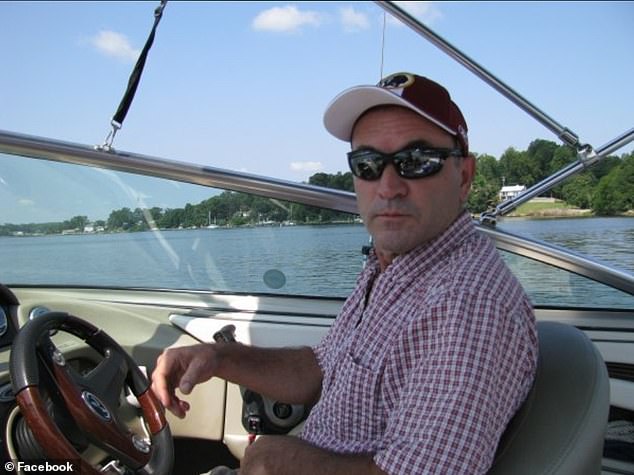 Edigio Ienzi, 63, was fatally stabbed in his home on the morning of July 23. Police believe that Wilson stabbed him just weeks after Ienzi’s son said he had visited their home

Shortly after Wilson had visit the home about three to four weeks prior to Ienzi’s death, Ienzi discovered that about 30 of his silver coins had gone missing.

It’s unclear why Ienzi had gone back to Wilson’s home the morning of July 23.

An arrest warrant was issued for Wilson on July 25 and he was arrested in Stafford County, Virginia, on July 28.

Wilson had been freed from jail on a $5,000 unsecured personal bond on April 30.