Evan Osborne, an economics professor at Wright State University, says he is not being allowed to teach a course critical of Marxism to the wider general student population

An economics professor at a public university in Ohio claims he is being censored because the administration won’t let him teach a class critical of Marxism to the general student population.

Evan Osborne, a professor at Wright State University, teaches a course entitled Marxism: A History of Theory and Practice, at the Dayton, Ohio, campus.

The course is described in its syllabus as ‘both an introduction to Marxist economic thought and the history of political power exercised in the name of that thought.’

The syllabus assigns students to read material on how communism was applied in Russia and China. It also critiques Westerners who viewed communism sympathetically.

Osborne says he has been denied a request to make the course available to the wider student population even though he says there are multiple classes taught by professors who praise Marx.

According to The College Fix, Osborne asked to teach his course about Marxism for the spring, summer, and fall 2020 semesters, but was rebuffed by Zdravka Todorova, the chair of the economics department.

Todorova told Osborne that the department was already offering a course about radical economics that term and there wasn’t room for any other class, The Fix reported.

Osborne told The Fix that he was being denied the opportunity teach his class to more students because ‘we have an angry, radical-left cohort in the department, they praise Marxism in the classroom, they will not let me teach critically about it, and numerous people in the university have refused to do anything about it.’

‘That my department is full of extremists who probably don’t belong in a business-college economics department, to be sure, is a manifestation of academic freedom,’ Osborne told The College Fix.

‘And I do not want to change how economics is taught at WSU, broadly speaking. I just want my academic freedom to offer a different view to also be respected.’

Both Wright State University and Osborne have been contacted by DailyMail.com for comment.

Osborne said that it is easier for Wright State students to take courses that look critically at capitalism, including one class called Socialist and Radical Economics.

That course, which Osborne said is taught every spring, aims to give students the opportunity to ‘learn the rich history of critical analyses of the dominant form of capitalism (i.e., historical evolution of capitalist ownerships, capitalist labor process, and its socioeconomic outcomes) and to engage in a critical debate on the prospect of socioeconomic reform,’ according to its syllabus.

‘This class is consistently skeptical of free markets and “capitalism”,’ Osborne told The Fix.

‘Given the way Marx is favorably assessed in our curriculum, and Marxism’s actual historical record, I really thought our students deserved an alternate perspective.’ 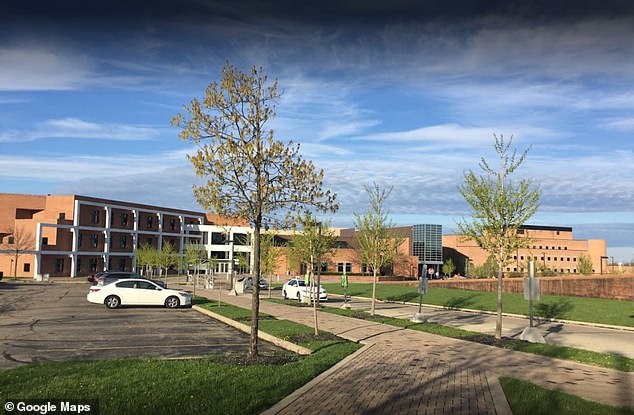 Osborne claims that the economics department on the Dayton, Ohio, campus (above) has ‘censored’ him by limiting his course about Marxism to honors students only

According to Osborne’s CV, he earned a Ph.D. and an M.A. in economics from the University of California-Los Angeles.

He also studied Mandarin at the National Taiwan University.

Osborne told The Fix that his peers complained anonymously to the department chair, accusing him of ‘teaching Marxism incorrectly.’

He said his colleagues, whom he called ‘dissenters/censors,’ demanded that he include in his syllabus material that provided an alternate view of Marxism even though Osborne said ‘these points of view are already included in our curriculum in other courses.’

‘In my quarter-century at Wright State this kind of anonymous, secret criticism has not happened to anyone besides me,’ he told The Fix.

Osborne said that during his tenure at Wright State, elective courses proposed by other faculty members have always been approved without fuss – except for his Marxism class.

‘Institutions of higher learning are now almost all in crisis,’ according to Osborne.

‘The indulgence of unapologetic leftist censorship, at Wright State as elsewhere, is now impossible to justify.

‘If faculty want to preach that Marxism is a triumph of human thought, so be it.

‘If other faculty want to argue that actually it was a disaster, and a crime against humanity, this view should no longer be fanatically censored.’

Who is Karl Marx and what is his ‘The Communist Manifesto’? 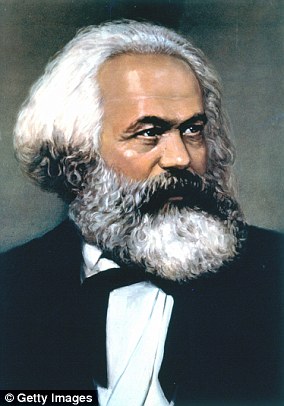 Karl Marx’s ideas of society, economics and politics formed the theoretical base for modern international communism

Described as one of the most influential figures in human history, Karl Marx is a German revolutionary, sociologist, historian, and economist in the 19th century.

Perhaps best known for his critique on capitalism, Marx’s radical ideas of society, economics and politics have been collectively understood as Marxism.

His ideas formed the theoretical base for modern international communism ideology, which aims for shared ownership of the means of production and the absence of social classes.

Born in 1818, Marx studied law in Bonn and Berlin and received a doctorate in philosophy from the University of Jena.

In 1843, after a brief editor role at a liberal newspaper in Cologne, Marx and his wife Jenny von Westphalen moved to Paris, a hotbed of radical thought.

It became the most celebrated pamphlet in the socialist movement, according to Encyclopaedia Britannica.

The manifesto introduced Marx and Engels’ concept of socialism as a natural result of the conflicts inherent in the capitalist system.

It states that the whole history of mankind has been a history of class struggles, contests between exploiting and exploited, ruling and oppressed classes.

Marx asserted that these would ultimately disappear with the victory of the proletarians – the industrial working class.

It closed with the words: ‘The proletarians have nothing to lose but their chains. They have a world to win. Workingmen of all countries, unite!’

Marx actively pressed for its implementation, arguing that the working class should carry out organised revolutionary action to topple capitalism and bring about socio-economic emancipation.

Revolution subsequently erupted in France, Italy and Austria in the first months of 1848.

In June 1849, Marx moved to London and would remain based in the city for the rest of his life.

Marx also was the author of the movement’s most important book, ‘Das Kapital’, where in the first volume, Marx aimed to reveal the economic patterns underpinning the capitalist mode of production.

Although Marx did not live to publish the second and third parts, they were completed and published by Engels.

Marx died on March 14, 1883 and was buried at Highgate Cemetery in London.

In China and the Soviet Union, Marxism is enshrined as a ‘guiding ideology’ in the constitutions of both the party and the state.

The founding and ruling political party of modern China – the Communist Party – requires members to adopt the reading of Marxist works and the understanding of Marxist theories as a ‘way of life’ and a ‘spiritual pursuit’.

In many Chinese universities, an ‘introduction to the basic principles of Marxism’ is a mandatory course all students must pass to graduate.