Proof the vampire facial DOES work!

It’s the bizarre procedure that has become a staple in the beauty regime of A-list celebrities desperately trying to hold back the hands of time.

However, much confusion has surrounded the so-called ‘vampire facial’ since it rose to popularity over whether it does, or doesn’t, work.

Celebrities argue the painful procedure, which made headlines when reality TV star Kim Kardashian was pictured trying it in 2013, is better than a face-lift.

And now scientists have confirmed platelet-rich plasma (PRP) therapy, as it is really known, really can help keep wrinkles at bay.

A new review, which analysed results from 22 old PRP studies, has revealed that the expensive procedure does rejuvenate the face.

The procedure extracts blood, separates the plasma, smears it back onto – and injects back into – the face for that youthful, glowing look.

Platelet-rich plasma (PRP), as it is really known, has soared in popularity since Kim Kardashian was pictured undergoing it in 2013 (pictured then) 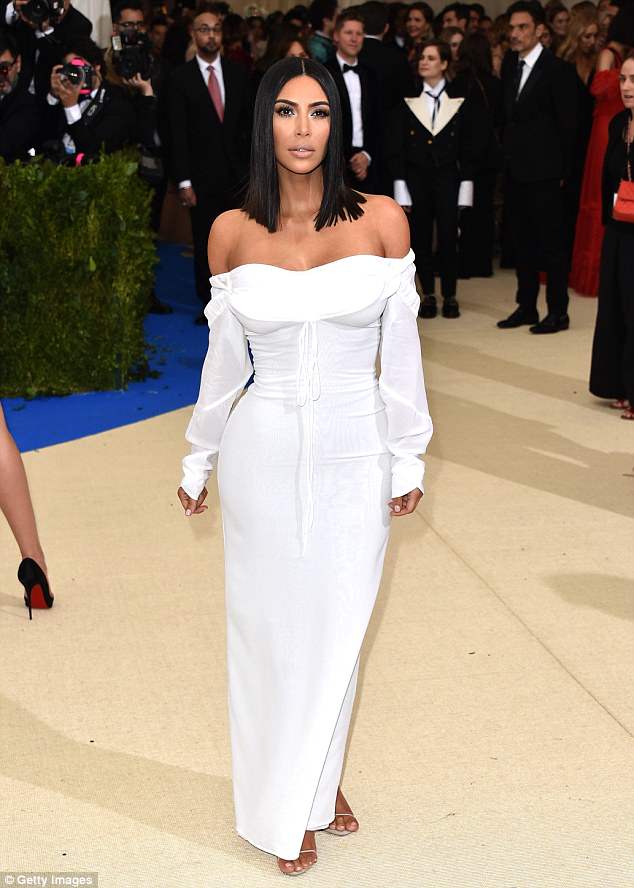 Kim K made headlines when she tried the treatment in 2013, but she’s not the only star who has indulged in the bizarre beauty treatment

The new medical review, led by Dr Alexes Hazen, of the American Society of Plastic Surgeons, warned the evidence to back the procedure is limited.

The team of researchers have now called for further scientific trials into PRP as they argue the results of the treatment have ‘not been definitively answered’.

‘Dermatologists and plastic surgeons are using the natural healing properties of platelets to improve the appearance and overall health of skin,’ he said.

‘More studies are needed to optimize PRP treatment techniques. Until that time, our paper may be useful in guiding clinical practice.’

However, they claim PRP appears to be safe and has a low complication rate. 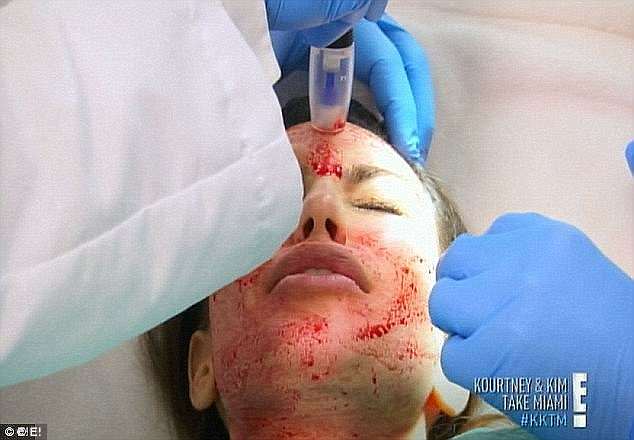 But doubt has been cast over the treatment, which takes blood from a patient’s arm and modifies it to be loaded with healing platelets (pictured: Kim undergoing a vampure facial) 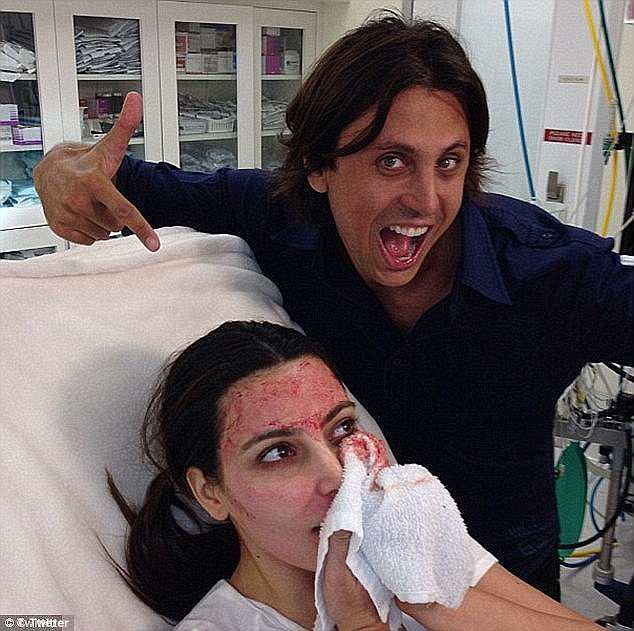 Experts claim PRP, which can cost around £1,000 ($1,370) privately, appears to be safe and has a low complication rate (Kim pictured after her vampire facial)

WHAT IS A VAMPIRE FACIAL?

The vampire facial, or platelet rich plasma (PRP), involves extracting a vial of a patient’s blood from their arm and spinning it in a centrifuge to separate the plasma – the fluid part – from the red and white blood cells.

The concentrated plasma, which is rich in platelets – the part of the blood rich with growth factors – is then injected into the face.

The procedure claims to remove wrinkles, dull skin, acne scarring and more and can be performed on any age group.

The procedure extracts blood, separates the plasma, smears it back onto – and injects back into – one’s face for that youthful, glowing look.

Experts claim PRP, which is sometimes referred to as a ‘Dracula therapy’, can remove wrinkles, dull skin, acne scarring and more.

Kim K made headlines when she tried the treatment in 2013, but she’s not the only star who has indulged in the bizarre beauty treatment.

Her older sister and fellow reality TV icon, Kourtney, extolled the benefits of PRP on her premium app last November, saying it was ‘SO beneficial’.

Others, including British actor, Rupert Everett, and Israeli model, Bar Refaeli, are devoted fans of the gruesome procedure, it has been claimed.

But ‘despite its popularity, existing evidence to support the clinical efficacy of PRP is limited’, researchers wrote in the new review. 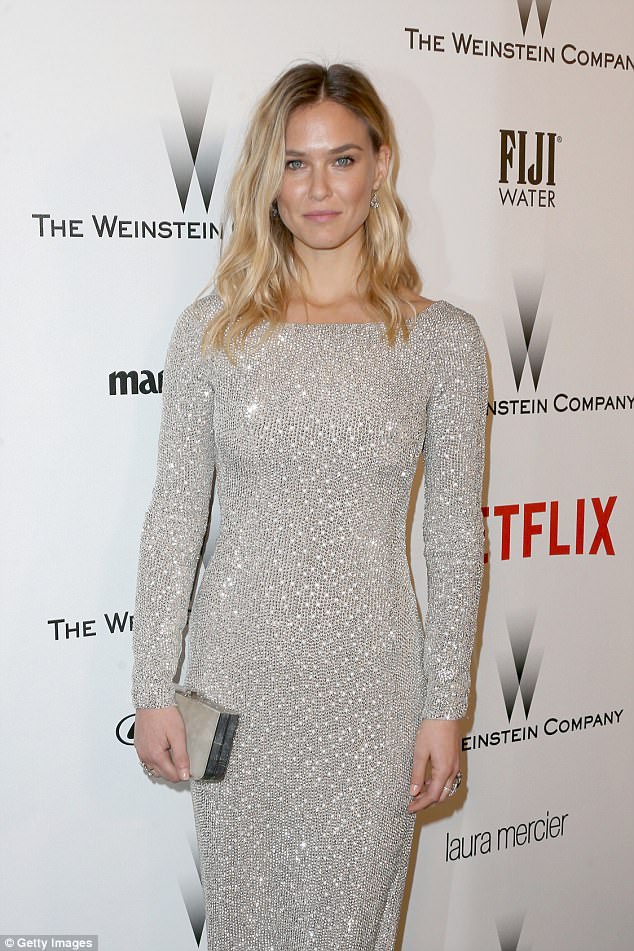 Others, including British actor, Rupert Everett, and Israeli model, Bar Refaeli (pictured), are devoted fans of the gruesome procedure, it has been claimed 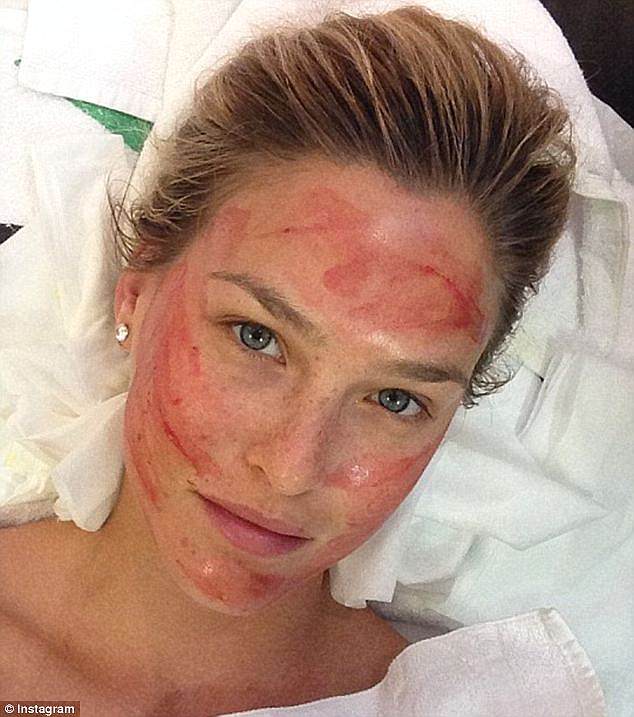 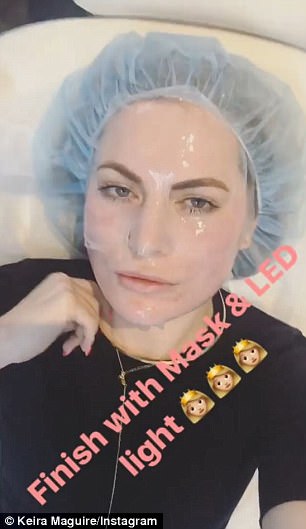 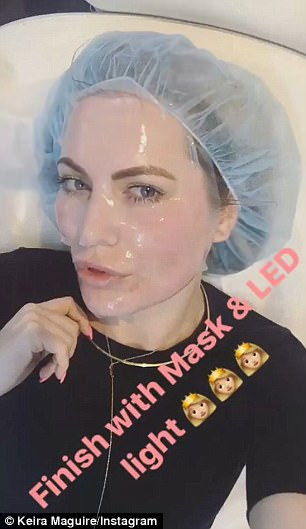 The clinic told FEMAIL that it’s a brilliant anti-ageing trick and will help to brighten dull skin (pictured: Keira Maguire) 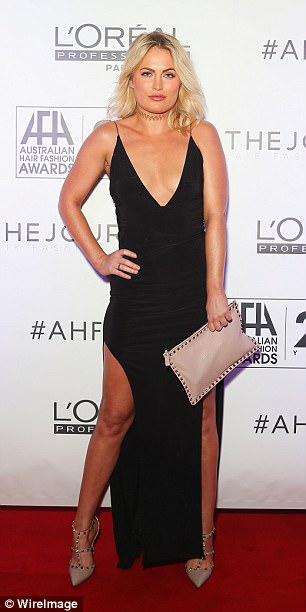 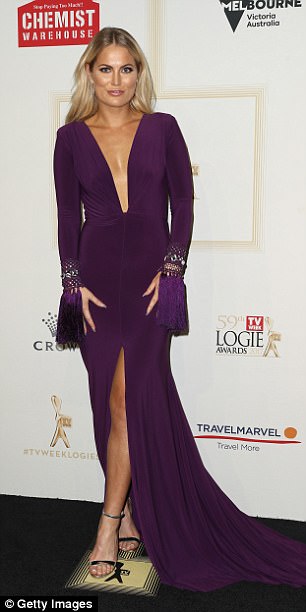 MediSpa clinic told FEMAIL that the procedure is not as painful as it looks – though the clinic added that it will take one to two days to recover (pictured: Keira Maguire) 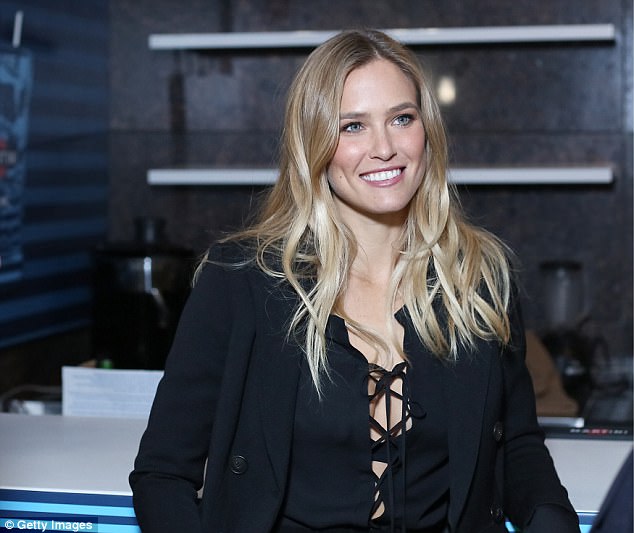 ‘Your complexion will look its best after six weeks, once the cells have had a chance to turn over,’ MediSpa said (pictured, Bar Refaeli)

What did the new review find?

Fourteen of the studies evaluated the use of PRP for facial rejuvenation. All the trials had positive outcomes and helped to decrease the appearance of wrinkles.

A further six studies reviewed delved into the effects of the procedure in treating androgenic alopecia, also known as pattern baldness.

They each reported good results in terms of hair regrowth, according to the review in the journal Plastic and Reconstructive Surgery.

The final two studies showed PRP worked to treat facial acne scars, Dr Hazen and his colleagues wrote in the official journal of the ASPS.

But despite these encouraging results, the review highlighted several limitations of the evidence on PRP for facial aesthetic procedures.

Dr Hazen and co-authors warned methods of PRP preparation and injection varied considerably, with some studies giving no information.

The trials also lacked assessments of skin quality before and after PRP treatment and few had control groups, which are desired in most studies.

While some experiments failed to follow-up the patients to check if the benefits of the costly PRP injections lasted for a long time.