Polish protesters are sharing pictures of themselves eating bananas after an artwork of a woman eating the fruit was removed from a gallery.

The National Museum of Warsaw has censored a 1973 video by artist Natalia LL showing a naked young woman eating a banana in suggestive fashion.

Authorities say the images are ‘obscene’ and potentially harmful to young children, citing complaints from parents.

Banned: This 1973 video by artist Natalia LL, showing a naked young women eating a banana in a suggestive manner, has been banned from a gallery in Warsaw

And hundreds gathered in front of the state-run museum today for a collective banana-eating protest.

One protester using the #bananaselfie hashtag said: ‘Art is the home of various messages and symbols. Not everyone has to applaud, but it must be respected.’

The artwork’s removal from the gallery came after director Jerzy Miziolek was summoned to the Ministry of Culture.

The director told Warsaw newspaper Gazeta Wyborcza: ‘This is the National Museum and some subject matter in the field of gender should not be explicitly shown. 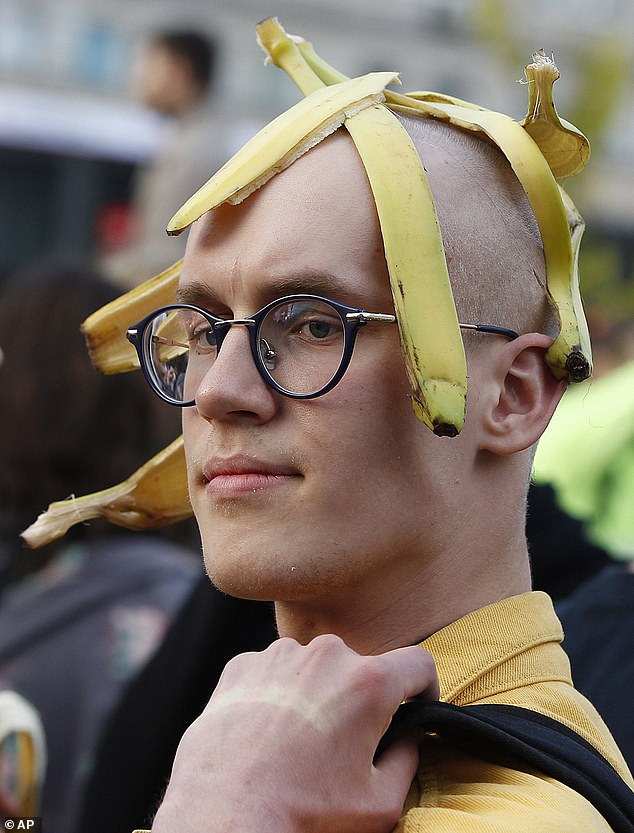 A man with bananas demonstrates with others outside Warsaw’s National Museum, Poland 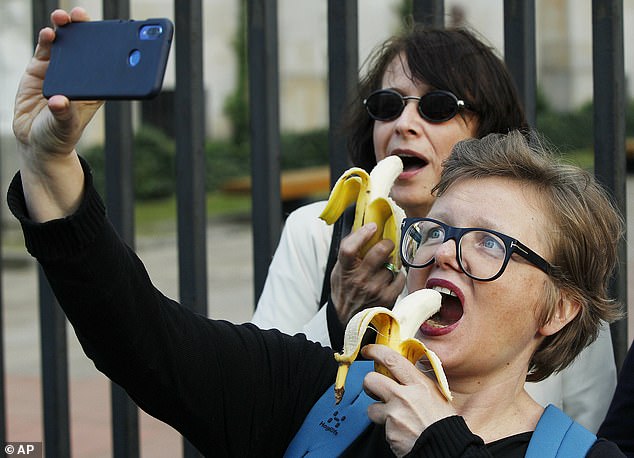 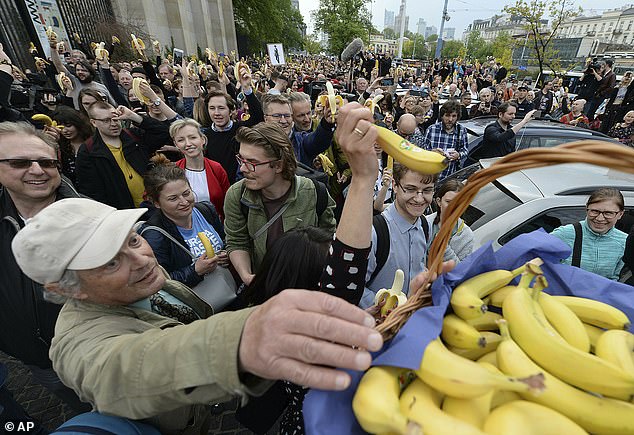 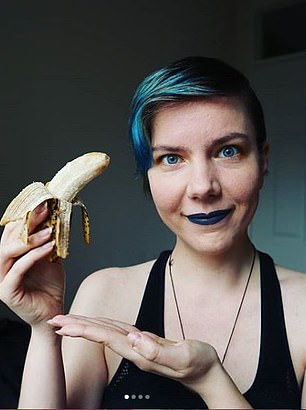 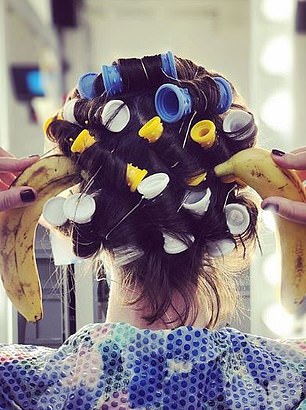 Reaction: One woman holds a banana up to her head (left) while another puts two pieces of the fruit among her hair curlers (right) 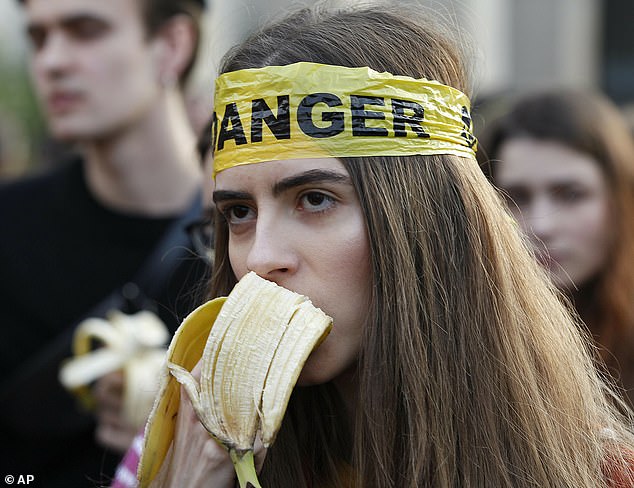 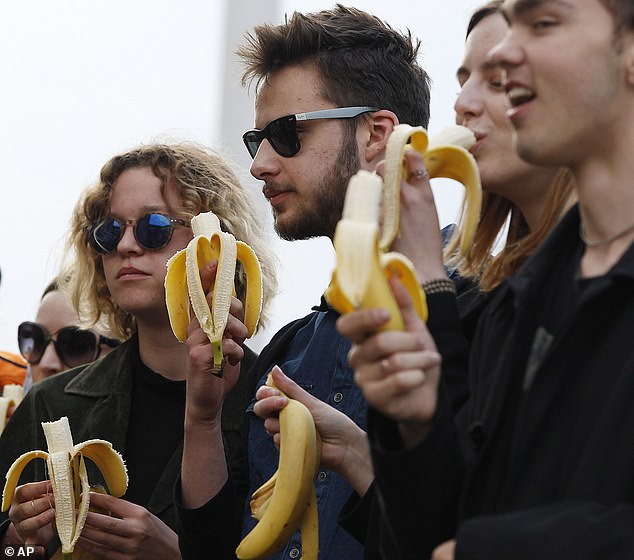 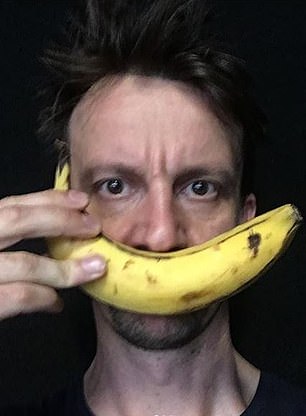 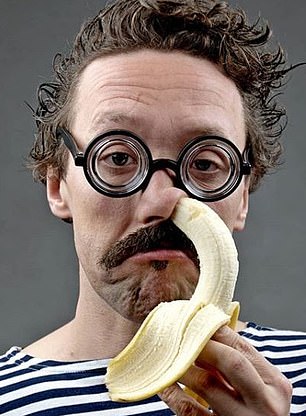 Protests: Social media users in Poland have posted pictures of themselves holding bananas in unlikely poses (above) after the video was banned from the national museum 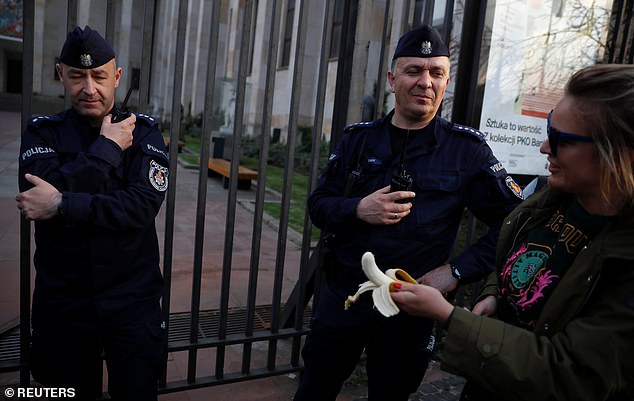 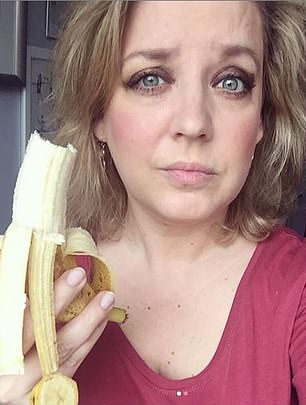 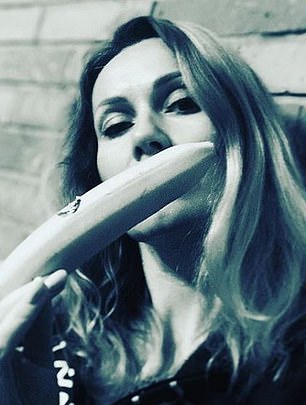 Rebellion: Two women hold up pieces of fruit as part of the #bananaselfie protest against the perceived censorship of art by eliminating the 1973 video

‘We have had a number of complaints. Many people have been writing emails to us, and the gallery is visited by a whole bunch of young people aged 13, 12 and under.’

He said the mother of a primary school pupil had written to the museum to complain about her son’s ‘trauma’ at seeing the images.

Some of Natalia LL’s work had previously been censored under the Communist regime, according to Culture.pl. 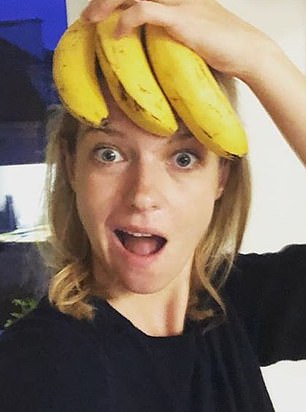 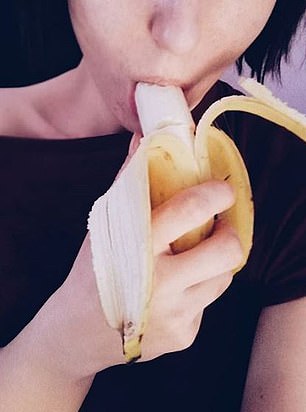 Gone to their heads: One woman holds three bananas on top of her head (left) while another holds a half-eaten banana to the camera (right) as part of the protest 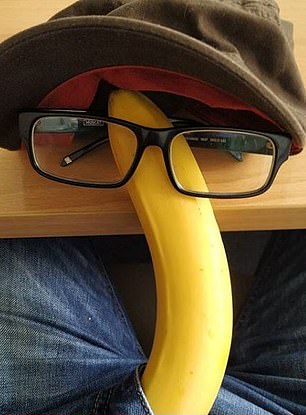 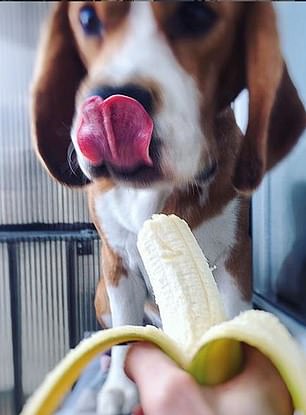 Creative: One user put a glasses and hat on top of a banana to make it look like a person (left) while another included their dog in their protest picture (right) 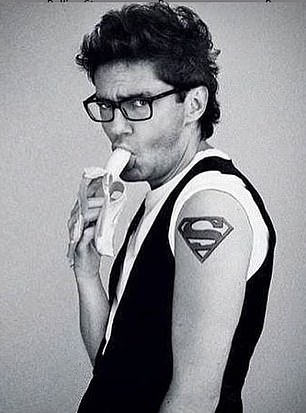 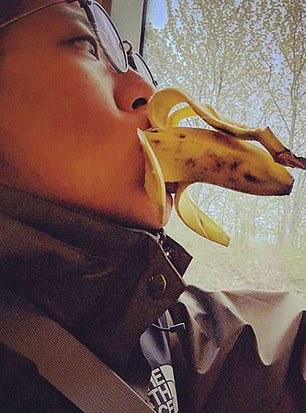 It was removed from the Gallery of the 20th and 21st Centuries after the outcry.

The culture ministry has denied exerting political pressure on the museum to remove the video images.

Fears of censorship in Poland led lobby group Freedom House to change the status of Polish media from ‘Free’ to ‘Partly Free’ in 2016.

The group said the ruling Law and Justice party had ‘sought to control the media as part of a broader push to weaken checks and balances and silence independent voices’.

The EU said disciplinary measures for judges contained in a 2017 law on the Supreme Court of Poland seem designed ‘to systematically subject judges to the political control of the executive.’