Public sector pay-offs WILL be capped at £95,000 as part of new ban on six-figure ‘golden goodbyes’ to save the taxpayer millions

By Martin Beckford For The Daily Mail

Massive payoffs for public sector fat cats will finally be outlawed next month.

A ban on six-figure ‘golden goodbyes’ could save taxpayers up to £200million a year.

The new law means top civil servants, council chiefs and even BBC executives should not be handed more than £95,000 when they are made redundant.

But it comes into force too late to stop mandarins who left Whitehall this year from walking away with huge sums.

Cabinet Secretary Sir Mark Sedwill was handed £248,189 when he departed in September.

Cabinet Secretary Sir Mark Sedwill (pictured in June) was handed £248,189 when he departed in September

And four other permanent secretaries whose departures were announced this year are also set to receive six-figure sums.

Latest accounts show four employees made redundant at the Department for Transport were handed payoffs over £200,000 last year along with three staff at NHS Digital which uses technology to improve health and social care.

Last night John O’Connell of the TaxPayers’ Alliance said: ‘Hard-pressed ratepayers have been bearing the cost of the public sector’s lavish golden handshakes for too long.’ 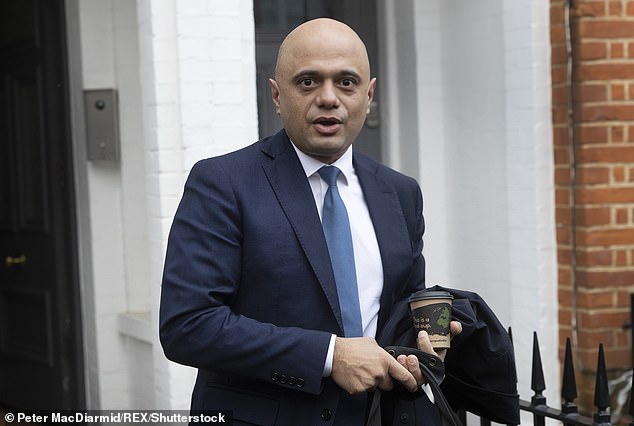 Walking away with golden parachutes

He quit as Cabinet Secretary – the most senior civil servant – after he reportedly lost a power struggle with Dominic Cummings. He received a £248,189 exit payment in September.

In 2017 he stepped down as chief executive of Northumberland County Council with the biggest payment of the year to a town hall official.

He ran the NHS Trust Development Authority, which oversees hospitals, when he left in 2015. His £415,000 payoff is believed to be the highest redundancy payment in the health service.

Five years after the manifesto, the new rules will come into force on November 4.

Exit packages over £100,000 reportedly cost the public purse £200million in 2017 to 2018, including compulsory and voluntary redundancies.

The new rules apply to public bodies ranging from town halls to hospitals, police forces to quangos and Government departments as well as the BBC.

It means that in most cases, even long-serving employees cannot leave with more than a total of £95,000 in redundancy payments, settlements, severance pay and pension top-ups.

But payouts for accidents or death in service are not included in the cap. And local authorities can waive the rules to settle whistleblowing or discrimination cases.

Experts predict the regulations will be challenged in court.

The British Medical Association last month applied for judicial review of the cap, claiming it was unlawful for the Government to override doctors’ job contracts.

And it could lead to more workers raising employment tribunal claims as awards made by judges for unfair dismissal are not included in the cap.

Lucille Thirlby of the FDA, the trade union for top civil servants, claimed the cap is a ‘badly thought-through piece of legislation’.

She said: ‘The severance terms for the public sector should be determined by negotiations with unions, not by crude legislative imposition by the Government.’