REVEALED: Qatar is sending immigrant World Cup workers away from the country early and placing them on five months unpaid leave so they will not be visible… leading to Amnesty International calling on the FA to act

Qatar is sending immigrant World Cup workers away from the country early and placing them on five months unpaid leave so they will not be visible during the tournament.

Scores of construction workers, interviewed as part of a Mail on Sunday investigation into Qatar’s readiness for the World Cup, which kicks off a year next week, have been told that they must leave next August. That has left many fearing how they will repay ‘exorbitant’ loans they took out to buy the right to work in the country.

Amnesty International said that our findings were a cause for concern and urged the FA to press Qatar to provide greater protection for migrant workers.

May Romanos, Amnesty’s Gulf Researcher for Migrant Rights, said: ‘We are concerned about reports suggesting that many migrant workers are being asked to leave the country before the start of the 2022 World Cup.

‘We know that many workers tend to pay thousands of dollars in exorbitant and illegal recruitment fees to secure their jobs in Qatar and take out high-interest loans to pay them. Those who will be made to leave the country possibly before having paid their loans will find themselves with huge debts.

‘The FA, as part of the UEFA Working Group on Workers’ Rights in Qatar, should press Qatar to urgently strengthen migrant worker protections, financially compensate all workers and investigate unexplained deaths.’ 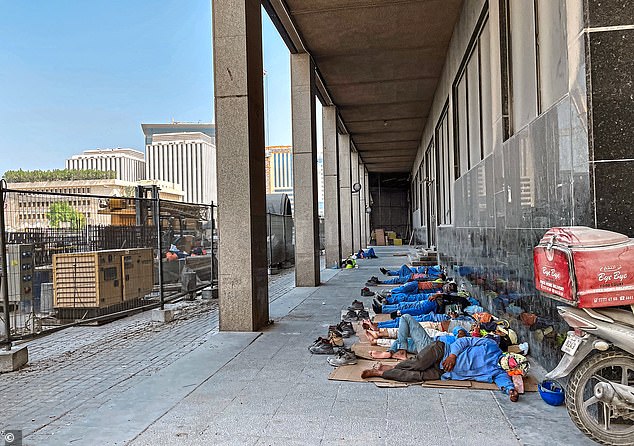 Qatar’s Supreme Committee for Delivery and Legacy, who are coordinating preparations for the World Cup, said they did not have oversight of any decisions about workers’ departure and directed us to the Qatari Government. The Government did not respond to our request for comment.

The concerns occur as England stand on the brink of qualification for next year’s tournament, requiring only a point from Monday night’s game at lowly San Marino.

The Chelsea women’s captain Magda Eriksson on Saturday urged players to call out human rights violations in Qatar, where homosexuality is illegal.

The Swedish international, who is gay, said: ‘The most important thing we footballers can do is talk about the situation there – for the sake of the workers who’ve had no voice. When teams like England qualify for the World Cup, I would genuinely encourage them to speak up if they do want to say something. In that way, at least something good might come of this.’ 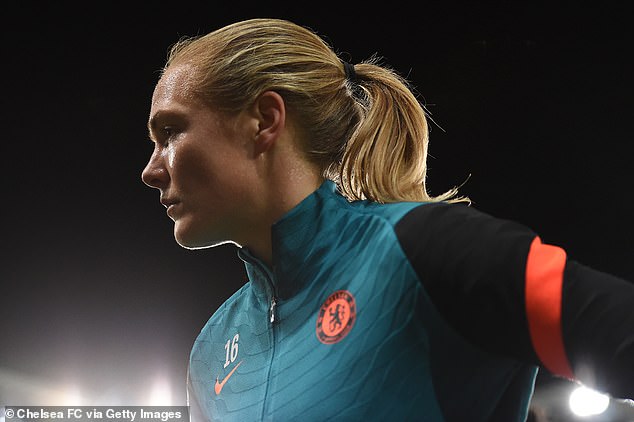 An FA spokesman said: ‘We believe that there is evidence of substantial progress being made by Qatar in relation to workers’ rights, however we recognise there is still more to be done. Our view remains that change is best achieved by working collaboratively with others.’

Migrant workers working on the World Cup have developed kidney disease that medical experts linked to dehydration on construction sites in Qatar, The Sunday Times reported.

A study of labourers who had returned home to Nepal found that a ‘significant number’ had developed such severe problems that they required transplants or dialysis.

More than a dozen doctors and public health experts were interviewed. They said that one-fifth of dialysis patients in Nepal were workers who had returned from the Gulf.