Queensland recorded zero cases of Covid on Wednesday as the state further secured its border with NSW against spread of the Delta variant.

Four more cases were recorded, including one in hotel quarantine and three on an offshore tanker.

Premier Annastacia Palaszczuk announced restrictions in Queensland would ease from 4pm this Friday.

‘You can have 30 people to home and in public places, wedding and funerals will go up to 100 and 75percent capacity for indoor events and stadiums,’ she said.

Community sport will also be allowed to return from this Saturday.

Restrictions would remain for another week in terms of square metre distance rules at cafes and restaurants. Mask-wearing indoors or where people can not socially distance would remain, but did not need to be worn outdoors.

The Premier said border restrictions with NSW would be tightened further as cases continued to grow in the southern state.

‘The situation in NSW is a real and present threat to Queensland,’ she said.

‘We want to put tighter restrictions on our border… at the moment there are too many people crossing our border.’ 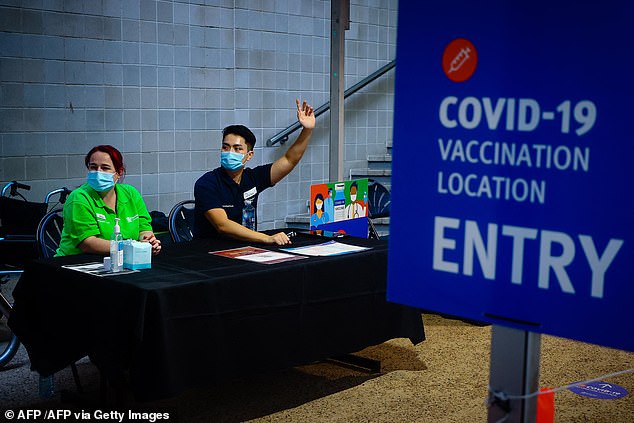 The classification of essential workers allowed to cross from NSW to Queensland would be further examined to further restrict movement, Ms Palaszczuk said.

‘We can see these cases moving closer and closer to our border,’ she said.

‘The next few days we really need to get that [border] tightened up to minimise movement.’

She also announced that from 1am tomorrow morning, people coming to Queensland from New Zealand would need to enter hotel quarantine, after the country went into lockdown on the discovery of a case in Auckland.

Queensland Police Deputy Commissioner Steve Gollschewski said the numbers trying to come across the border was beginning to ease, as were delays.

A total of 50 extra police would be deployed to enforce Queensland’s hard border closure with NSW at Tuesday’s Covid update.

An extra 25 will be stationed at the Coolangatta/Tweed checkpoint, with the other 25 patrolling border crossings out west.

Queensland is forging ahead with efforts to get NSW to temporarily shift the border south to the Tweed River to reduce border traffic woes.

Queensland’s Health Minister Yvette D’Ath has been talking to her NSW counterpart Brad Hazzard but is yet to receive a response.

Ms Palaszczuk plans to follow up those discussions by writing to NSW Premier Gladys Berejiklian.

“We can only ask. At the end of the day they are NSW residents,” she said. 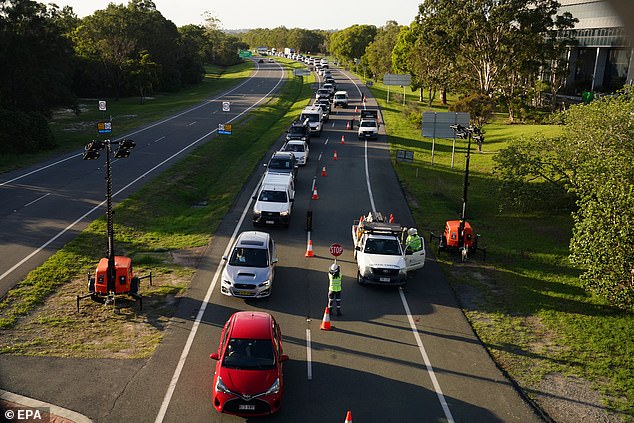 Queensland Police Deputy Commissioner Steve Gollschewski said the amount of cars trying to come across the Queensland-NSW border was beginning to ease, as were delays

Vaccination in Queensland is expected to ramp up when an additional 100,000 Pfizer doses promised by the federal government arrive this week, with many to be sent to address lower vaccination rates at Caboolture and Logan.

Meanwhile, Ms Palaszczuk has expressed fears locked down NSW residents may be forced to spend Christmas holidays under stay-at-home orders.

The Queensland Premier foreshadowed the grim possibility as she warned struggling tourism operators in the Sunshine State to prepare for the worst, ahead of the lucrative summer holiday period.

While the thought of being stuck at home unable to see loved ones on Christmas and New Years is a miserable one for NSW residents, it’s also just as painful for many businesses north of the border whose livelihoods rely on the annual influx of holidaymakers.

‘Our tourism industry is going to face some of its toughest days if NSW is in locked down for months,’ Ms Palaszczuk told reporters on the Gold Coast after Queensland reported two new locally-acquired Covid cases. 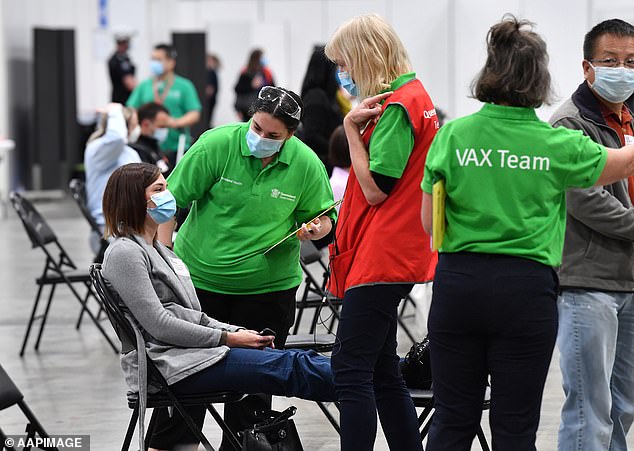 Additional Pfizer doses promised by the federal government arrive in Queensland this week, with many directed to border communities as well as Logan and Caboolture 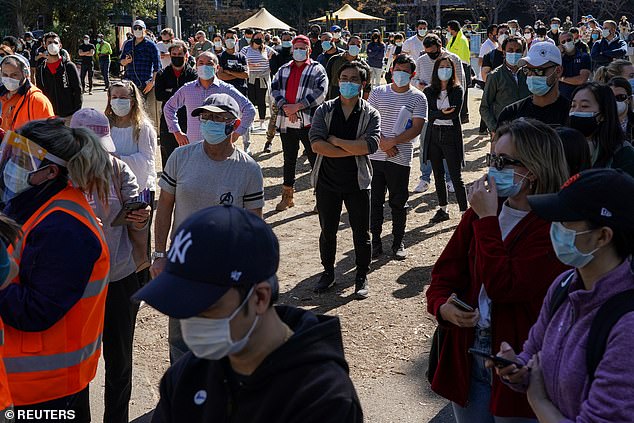 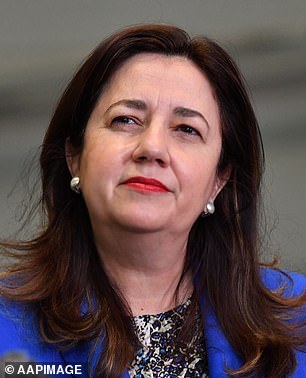 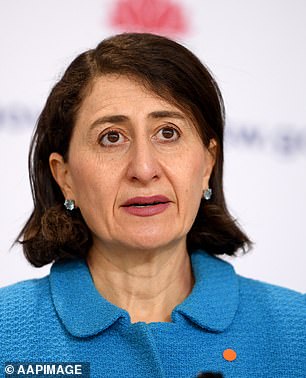 Queensland Premier Annastacia Palaszczuk (left) foreshadowed the grim possibility of NSW remaining in lockdown over the Christmas holidays, as NSW Premier Gladys Berejiklian reiterated September and October will be ‘most challenging months’ for the state 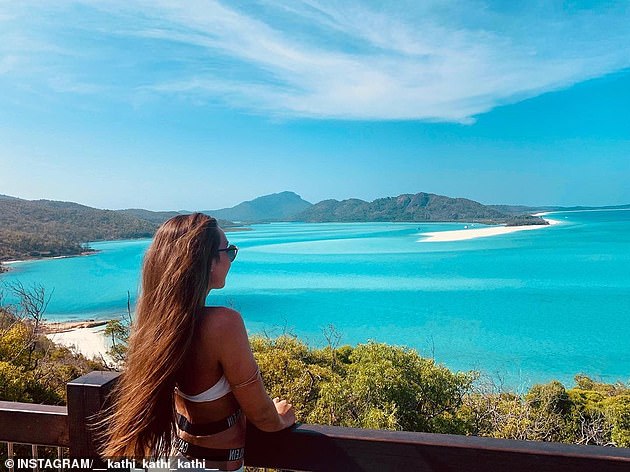 Ms Palaszczuk said the Queensland tourism industry is going to face ‘some of its toughest days if NSW is in locked down for months.’ Pictured: Queensland’s Whitsunday Islands

‘We’re hoping everyone can come out before Christmas because our tourism industry relies on that.

‘So many people from NSW and Victoria come to Queensland over the Christmas holidays, and fingers crossed that everything goes well and that they’re able to get on top of that Delta outbreak.’

Equally pessimistic about NSW emerging from its state-wide shutdown was Victorian leader Daniel Andrews who said it’s going to take ‘months’ for restrictions to ease.

The Premier told Victorians, now in their sixth lockdown since the pandemic began, to hold firm after 24 new transmissions were reported this morning.

‘I know people are weary and I know people are sick and tired of this, but each of us have to find it in ourselves to make good choices for these next couple of weeks, to drive down these case numbers, and to be in a position so that we can reopen,’ he said.

‘I don’t want us to finish up like Sydney, where it has fundamentally got away from them. They are not reopening any time soon.

‘They are locked in until they get pretty much the whole place vaccinated. That will take months.’

‘We have an option, we have an opportunity to do differently and to do better than that but we can’t do it on our own. We need every Victorian to play their part in that.’ 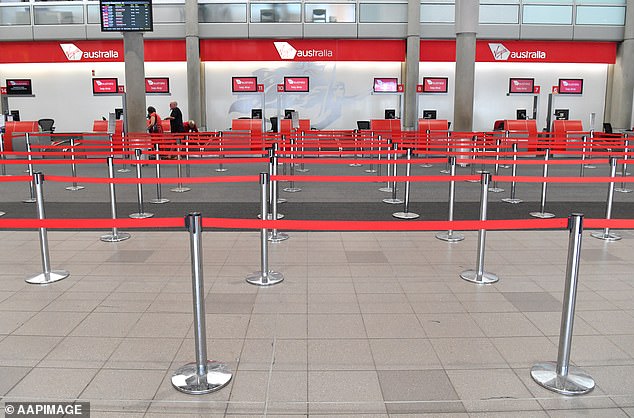 Gladys Berejiklian admitted at her daily media conference that September and October will be the ‘most challenging months’ for NSW as the state rushes to vaccinate its population against the virus.

‘I want to make this very, very important point – life will be much freer than what it is today once we get to 70 and 80 per cent,’ she said.

‘It doesn’t mean we’ll be completely free. It doesn’t mean that we will let the virus be rampant in the community … but it will be freer than it is today.’