John Humphrys, 75, has revealed he charged at an intruder in his back garden while threatening him with a pair of secateurs

Veteran broadcaster John Humphrys has revealed he charged at an intruder in his back garden while clutching a pair of secateurs.

The Radio 4 Today show presenter, 75, spotted the man in his garden and ran out to confront him while screaming threats and brandishing the blades.

But after successfully scaring off the intruder, Humphrys said he was immediately overcome with guilt.

He said: ‘It was 9.15 in the morning and I was on the phone. I wandered into the kitchen. I looked out of the window into the garden and saw a man emerge from behind a big bush

‘What I should have done was end the call swiftly, dial 999 and lock the kitchen door. Instead I grabbed a pair of secateurs, charged out into the garden brandishing them as though they were a cavalryman’s sabre, and rushed at him, screaming threats. It was pretty obvious what he had in mind,’ he told Waitrose Magazine.

‘What if he’d stood his ground? Would I really have stabbed him? What if I had caused him serious injury?

‘The minute the intruder escaped, I wanted to apologise. The thought of physically attacking anyone fills me with revulsion.’ 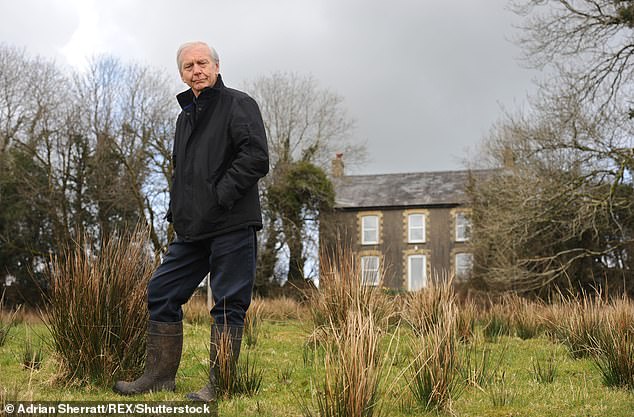 But after successfully scaring off the intruder, Humphrys (at his cottage near Carmarthen, Wales in 2010) said he was immediately overcome with guilt

The Welsh-born broadcaster, known as the ‘Rottweiler of Radio 4’ for his aggressive interviewing style, doubts he would have been able to control himself in the fit of rage.

He added: ‘For those few seconds, I was not in control of my anger. All I could think was, how dare he threaten my home and family?

Humphrys said the man ‘muttered something unintelligible about looking for somewhere to sleep’ before fleeing.

‘Maybe he really had been looking for somewhere to sleep. Maybe I should have shown him sympathy,’ he added.

The presenter suggested he acted aggressively due to being burgled in his sleep one night.

He revealed he was fast asleep in a top-floor bedroom one night when there was no one else in the house and he was woken by the landing light being switched on.

He leapt out of bed naked and chased the burglary down three flights of stairs.

Humphrys said: ‘When the police arrived they pointed to the large bread knife the burglar had passed on his way upstairs. They did not need to say anything nor did they need to point out the risk I had taken. I got the message.

‘But I am still puzzled by my reaction. I may be a little (ahem) argumentative occasionally but the thought of stabbing someone with a pair of secateurs or indeed physically attacking anyone except in self-defence fills me with revulsion.’

It comes after Humphrys sparked controversy on Wednesday with comments about women looking after babies. 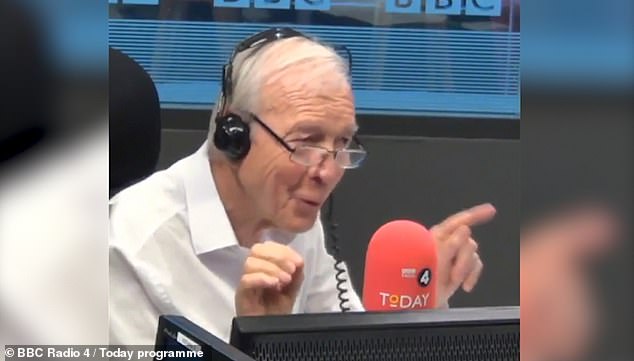 On Today this morning Mr Humphrys said: ‘A woman looking after a baby is, by any estimate, a very, very good and desirable thing for society, adding ‘by and large they do a better job of it than men’ 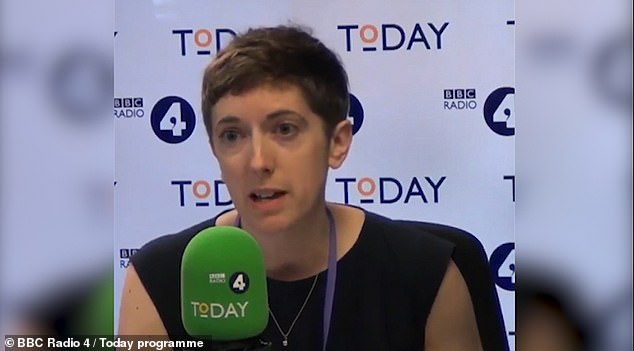 He was discussing TV adverts being banned under new gender stereotyping rules.

One ad showed ‘hapless’ fathers accidentally leaving a baby on a restaurant conveyor belt, while another depicted adventurous men while a woman sat next to a pram.

Interviewing Jessica Tye of the Advertising Standards Authority (ASA), Humphrys said: ‘A woman looking after a baby is, by any estimate, a very, very good and desirable thing for society.

‘And by and large, and this is – maybe I will be attacked for this – but by and large they do a better job of it than men, at least in most of our experience, I would have thought.’

The 75-year-old added: ‘To whom is it causing harm if you show a woman sitting next to a baby in a pram? Lots of women sit next to babies in prams. How does this sort of advertising harm people?’ His comments drew criticism from many online.

Mr Humphrys has three children, two from his first marriage and a son from a subsequent relationship who was born in 2000 when the veteran broadcaster was 56. He has announced he plans to quit the Today programme after 32 years.