Rafael Benitez believes he earned his most important result of his time as Everton boss following their 1-1 draw at Chelsea.

Toffees centre-back Jarrad Branthwaite marked his first Premier League appearance since July 2020 with the equaliser from an Anthony Gordon free-kick at Stamford Bridge after Mason Mount had given the hosts the lead. 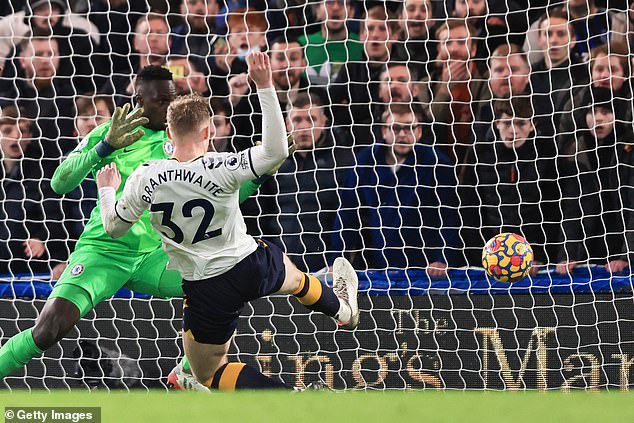 Travelling fans also unfurled a banner which read ‘Benitez get out of our club’ before kick-off but were toasting the Spaniard after a hard-fought albeit fortuitous draw for a side missing as many as 11 senior players due to injury and illness.

And when asked if this was the most important result of his time at Goodison Park, the Spaniard replied: ‘You can say that, because we have so many issues, with injuries, with illness.

‘The way the team played, reacted when we conceded, showed character. It’s a great point, not just the point but the way we claimed it. Everyone realised how important and how difficult it was afterwards.’

The Toffees have still won just one of their last 11 Premier League matches, but Benitez praised the impact the spirit within his squad and bemoaned their horrendous luck with injuries. 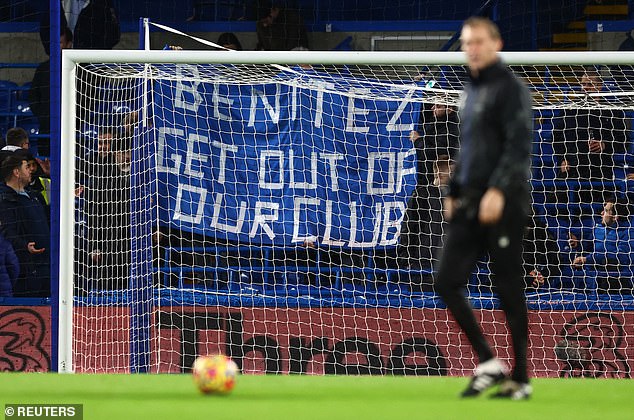 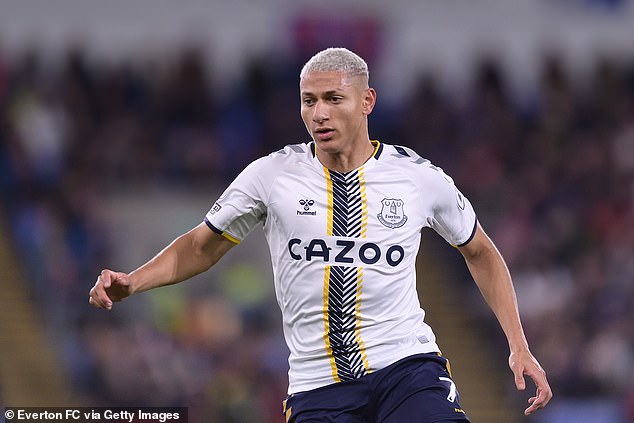 ‘The gameplan is always there and it depends on the players,’ he told BT Sport.

‘The players, fans all together, the spirit of the Blues as they say, the issues with senior players not available, so we needed spirit, commitment and intensity against a good team. I am really pleased and it is a good point.

‘We were practicing the set-pieces and Jarrad Branthwaite did well. Jonjoe Kenny was working so hard and everyone was giving everything. We suffered a bit more today so against a good team we did what we had to do.

‘Every single player on the pitch was 100 per cent making a contribution for the gameplan. At the end everyone was delighted. When players are not playing, the rest of the team are happy for them too.

‘Great character was shown, we are coming back in a lot of games. The way they worked we deserved something. We have had too much bad luck with injuries. The reaction of the team was fantastic.’ 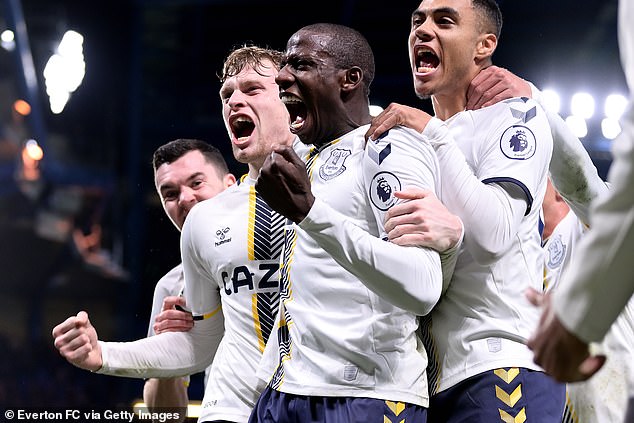