A 49-year-old man has died after his car hit a tree stump during a classic car rally in Tasmania.

Driver Darren Clark was pronounced dead at the scene during one of the late stages of the rally on forestry roads near Scottsdale, a town in the north-east of Tasmania on Saturday.

His 33-year-old navigator Keegan Buckley survived the crash and has been taken to Launceston hospital and is currently in stable condition.

Darren Clark, 49, was pronounced dead at the scene after his car hit a tree stump on Saturday 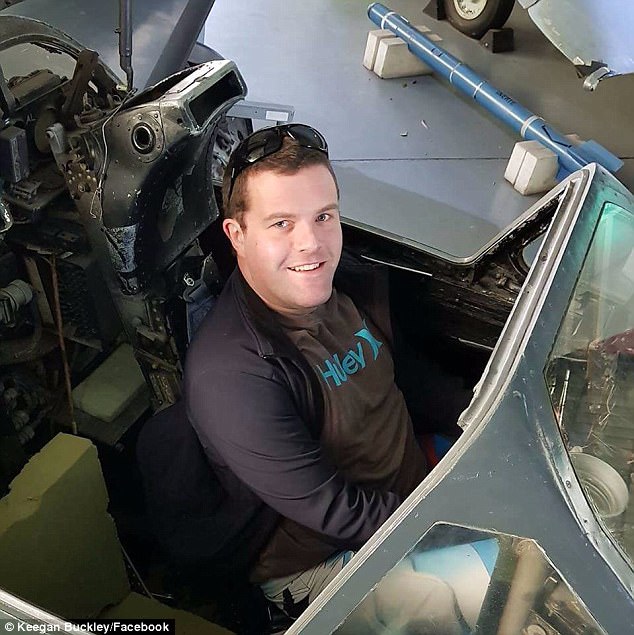 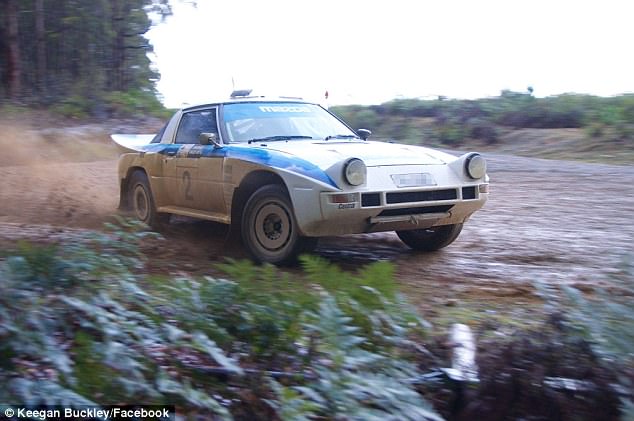 Tasmanian police said the man from Sorell and his navigator was competing at the Scottsdale Classic Rally organised by the North-West Car Club over the weekend when the fatal crash took place at 5.30pm.

The driver lost control of their Mazda RX7 at Williams Hill Road before hitting the tree stump.

Event organisers and other participants administered first aid until paramedics arrived but the driver was pronounced dead at the scene.

The race was immediately called off following the crash.

In a statement to the ABC, the club said it was saddened that such a tragedy had taken place.

‘The North West Car Club’s thoughts are with the family and friends of the crew and everyone who assisted at the scene in what would have also been a traumatic experience for them as well,’ the club’s president Nathan Newton said.

‘…as it is now subject to a police investigation and coronial inquiry, as well as an investigation by the Confederation of Australian Motor Sport (CAMS),’ he said.

In a Facebook post, 500 Car Club of Tasmania paid tribute to Mr Clark, adding that they were deeply sadden as well.

‘Darren is remembered as a passionate and steady hand guiding the development of the club, participating as a competitor, organizer and officer for over thirty years.

‘He was stalwart in abiding by rules, and being consistent and fair to all, while maintaining a determined competitiveness, bringing him much success along the way,’ the post said. 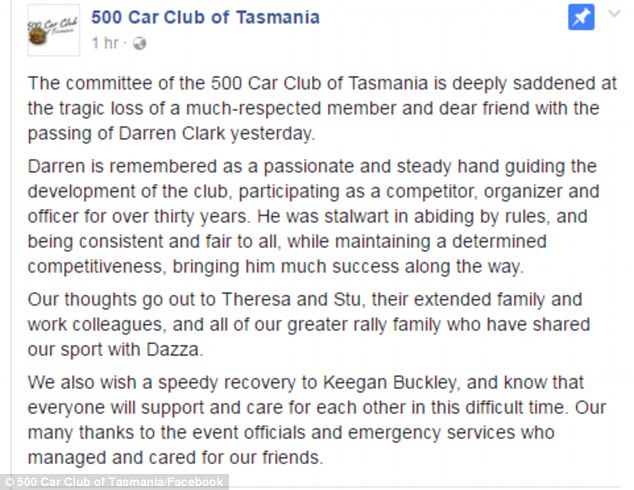 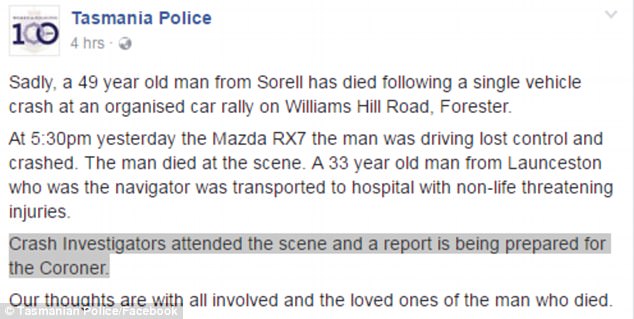