Lala Kent’s Hollywood producer ex Randall Emmett has been accused of offering women roles in films in exchange for sex, amid other claims of sexual misconduct, in an expansive new report published Thursday.

In a piece from the Los Angeles Times, the 51-year-old producer is implicated of sexual misconduct in addition to unethical business practices marked by debt and expanded litigation.

Lawyer Gloria Allred said in an October 5, 2021 letter the Times acquired that she’s representing a woman who said that when she was 23, Emmett made clear ‘that to receive acting work from [him], she would have to perform sexual favors.’

The latest: Producer Randall Emmett, 51, has been accused of offering women roles in films in exchange for sex, amid other claims of sexual misconduct, in an expansive new report published Thursday. He was snapped in 2019 in LA

The woman, who did not reveal her name out of fear of repercussions, said that she once asked Emmett in a text message if she had received a role she tried out for, and he wrote back, ‘Yes. one day of work and u need to f*** me hun.’

In the letter Allred released, the woman said that she appeared in a pair of films Emmett had produced, and had massaged him, performed oral sex on him and let him engage in digital penetration on her, also posing naked in his office while he masturbated.

The woman said that she did so because she had been ‘seeking to further her career’ and was fearful of upsetting ‘an important producer in the industry.’

Emmett, via spokeswoman Sallie Hofmeister, acknowledged he got the letter from Allred and ‘staunchly denies the allegations dating back to 2012.’ 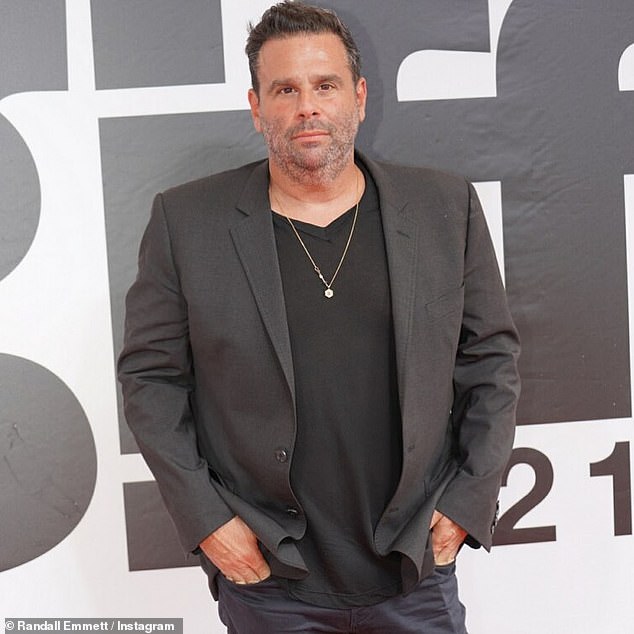 Serious accusations: In a piece from the Los Angeles Times, the producer is implicated of sexual misconduct in addition to unethical business practices marked by debt and expanded litigation 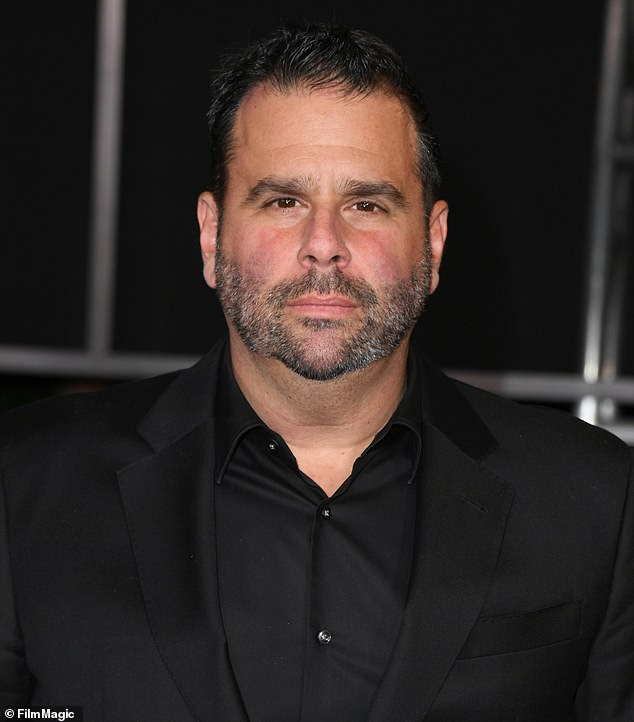 Blanket denial: Emmett, via his spokeswoman, denied all of the accusations in the article; seen in 2019 in Hollywood

Emmett had come to a $200,000 settlement with the woman on January 2, the paper reported, adding that the amount was to be paid over a two-year period.

A separate woman from Las Vegas who is 30 years old said that Emmett began sending her ‘unsolicited’ Instagram DMs earlier this year, in court documents linked to his custody case with ex-fiancée Lala Kent, 31, according to the paper. The woman said that that Emmett, whom she never met, had sexually propositioned her and asked her to use illegal narcotics with him.

The woman told the court that she was ‘shocked, concerned and afraid’ because Emmett was ‘a stranger to’ her, and remained persistent ‘despite my never responding to a single message.’

Hofmeister, who has past represented disgraced producer Harvey Weinstein, said that Emmett has maintained sobriety for nearly and year and has drug tests proving so.

‘This allegation conveniently arose in his custody proceeding with Lala, who could provide no forensic proof that these texts were not spoofed using one of many apps,’ Hofmeister told Page Six, adding Emmett ‘provided the Times with unimpeachable proof that he had tested negative for drugs during this period and continues to be drug-free.’ 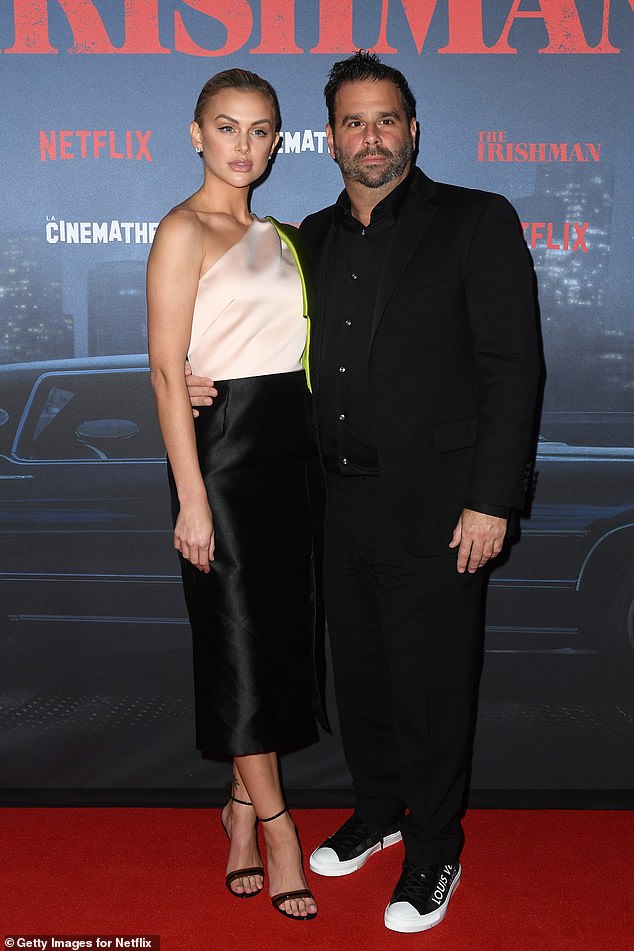 The ex: Emmett was seen with former fiancé Lala Kent, 31, at the Paris premiere of his film The Irishman in October of 2019

A third woman told the Times under condition of anonymity that she was leaving a bar in 2014 when Emmett told her, ‘I’m not a creep, I promise. I’m a movie producer, you can Google me — please Google me.’

Emmett denied to the paper allegations he would have the women agree to nondisclosure agreements to keep their relations under wraps, and had emailed his attorney to wire the women cash to remain silent about their interactions.

Emmett was accused in the LA Times article of offering $20,000 to a model in Florida to not speak about about their sexual relationship. Hofmeister told Page Six that ‘as the Times acknowledged, there is zero proof that Randall paid her any money to sign an NDA’ and ‘in fact, she said just the opposite.’

Kent told the paper that Emmett tried to offer her $14,000 when they began dating during a timeframe he was wed to actress Ambyr Childers. Hofmeister said the allegations were linked to their relationship being showcased on the Bravo series Vanderpump Rules, which she appeared on.

‘After four years of resistance,’ Hofmeister told Page Six, Emmett ‘finally agreed to appear because the producers had threatened to cut Lala’s contract if he did not.’ 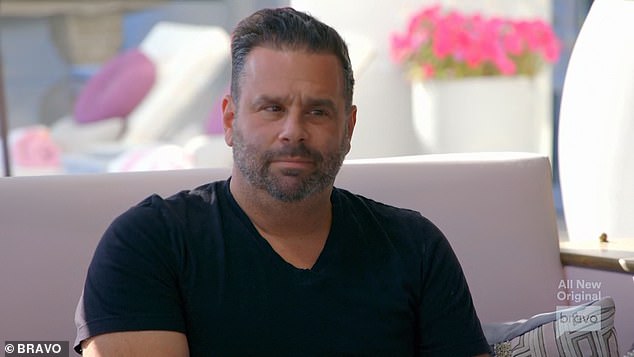 Out of obligation? Emmett said he reluctantly appeared on the Bravo series Vanderpump Rules with Kent to save her spot on the show

In the Times article, Emmett was also accused of leaving a ‘lingering emotional toll’ on former employees amid a hostile work environment he presided over. Hofmeister said in response that Emmett ‘knows he can be demanding and expect the absolute best from his assistants, and regrets if he hurt any of their feelings.’

Emmett, via Hofmeister, denied all of the accusations in the article. Hofmeister told Page Six that the sexual misconduct allegation ‘stems from one allegation dating back from 2012 that Randall denies.’

Hofmeister told Page Six that Emmett attributes the ‘false’ allegations toward a ‘smear campaign orchestrated by’ Kent ‘to sway their custody dispute,’ adding that Kent ‘has lied and manipulated others in her desperate attempt to win full custody of her daughter, keep her name in the press and remain relevant in reality television.’

A source told Page Six that Kent ‘was a small part of this whole story’ from the Times, which published the article quoting ‘many, many sources over many, many months of reporting.’

The source said that ‘the article is really focused on Randall’s shady business practices for the last 10 years-plus’ supported by court documents, business records and interviews with dozens of people corroborating the claims.