Police on Corfu launched a manhunt today after a man jailed in 2012 for 53 years for raping six women including tourists allegedly raped an Albanian woman.

The ‘Beast of Kavos’, who was previously named as 47-year-old Dimitris Aspiotis, was given early release in August 2019, but police are now hunting him after an Albanian woman said he kidnapped and raped her last week.

A British victim of Aspiotis, Kayleigh Morgan, 32, waived her right to anonymity last year to raise awareness and to slam the Greek government’s decision to release him.

The British Airways stewardess from Scunthorpe, Lincolnshire, told The Sunday People in September: ‘I want to know why he’s out. I don’t believe he’s changed.

‘BEAST OF KAVOS’: Dimitris Aspiotis, 47, who was released last year despite being sentenced for a string of sex offences against foreign tourists, is wanted by police after another woman reported rape today 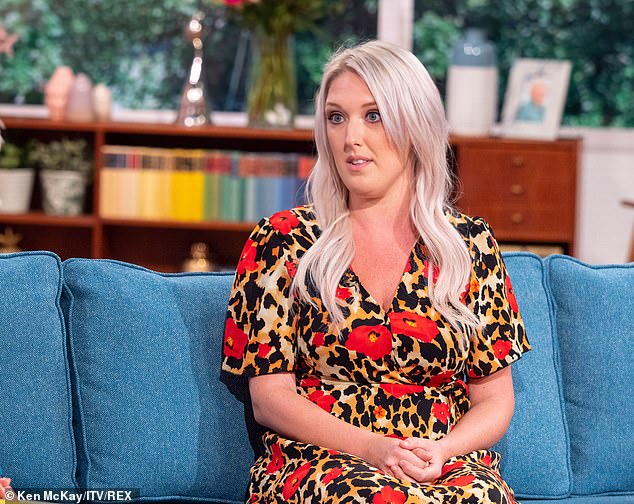 Air stewardess Kayleigh Morgan, 32, was devastated when her Greek rapist was freed from prison 45 years early. Dimitris Aspiotis – dubbed the ‘Beast of Kavos’ – was convicted of raping Kayleigh in a 14-hour ordeal in 2012. 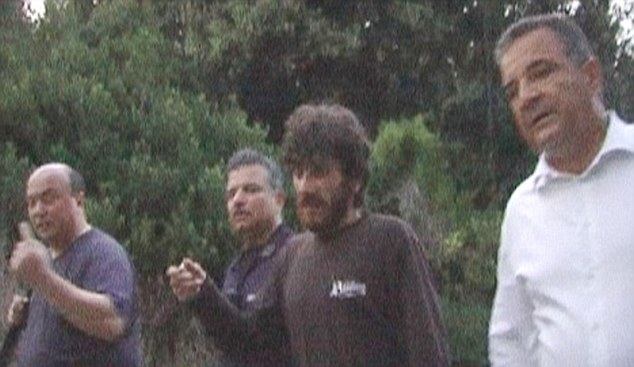 Homeless Aspiotis calmly told one victim not to resist, before raping her six times, Kayleigh Morgan told the court

‘A person like that can never change and now I’m in the face terrified he’ll do what he did to me again to more victims.

‘When I heard he was out I was in complete shock.

‘I burst into tears and felt sick to my stomach and disgusted.’

Homeless Aspiotis was seized and sentenced to 52 years in prison for six counts of rape on six women, but was released back to the resort where he repeatedly pounced in August last year. 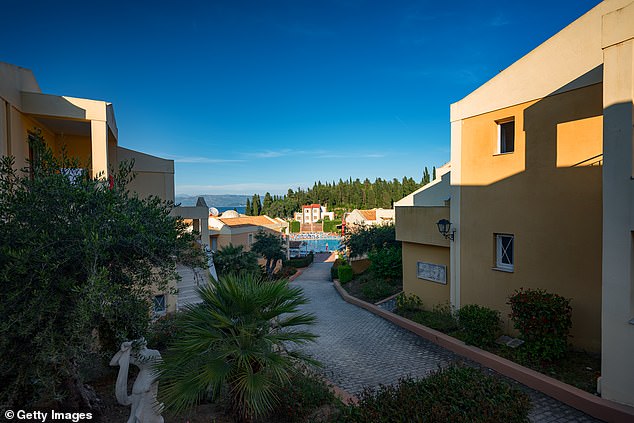 The ‘beast’ would party on a Kavos beach before raping woman on a woodland path. He claimed he was forced to rape because he was too ‘ugly’ for women

Police today said they found the victim – who is said to be Albanian – in a hut today after she was reported missing by her partner two days earlier.

Her girlfriend who reported the disappearance told police they had met the convicted rapist the night before.

She told police she had been kidnapped and repeatedly raped by him, Athens News Agency reported.

The serial sex offender is believed to have preyed on over 100 women visiting the island before being arrested in 2012.

Without prior warning to any of the women he had assaulted Aspiotis was taken out of prison to live again in Kavos, Corfu – despite Greek authorities claiming that the rapist wouldn’t be released on parole until he was aged 92. 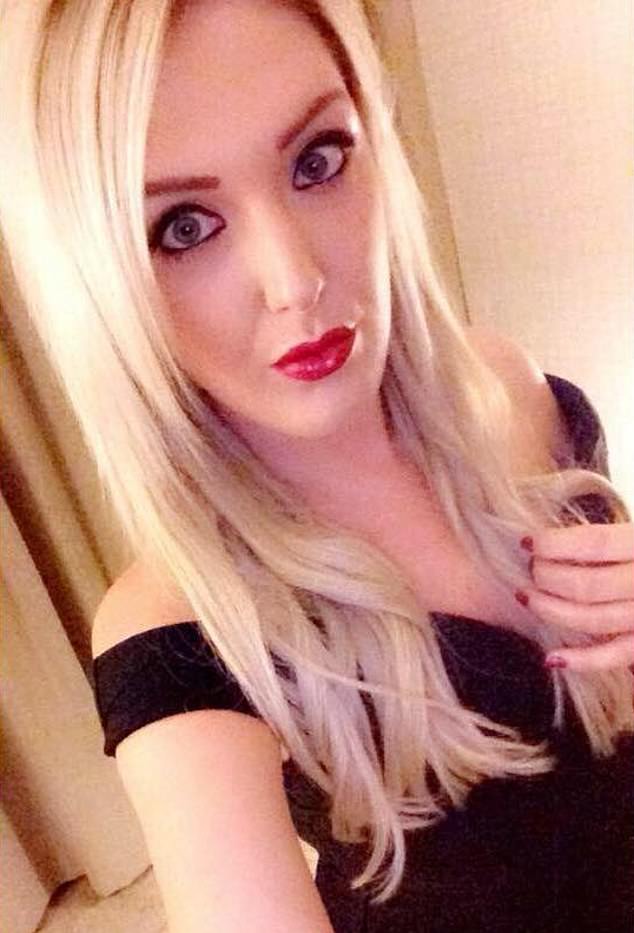 Kayleigh Morgan, 32, who has waived her anonymity to speak out, endured a 14-hour ordeal by Dimitris Aspiotis on the party island of Corfu

Kayleigh, who was working as a holiday rep in 2010 when she was raped by Aspiotis, was told to put the incident behind her and enjoy her life by a judge after she gave evidence against him at his trial – she was not informed of his release.

The attack happened as she was taking an afternoon walk along the beach, leaving her partially sighted and scarred after Aspiotis punched her in the face and stole €1,000 she had collected from her customers before dragging her by her hair into the woods to rape her five times at knife point.

She told People: ‘He had raped one of my guests a few days before me and she described his tattoos to me. He has one that says ‘F*** the police.’ ‘As soon as I saw those tattoos I knew what was going to happen to me.’ 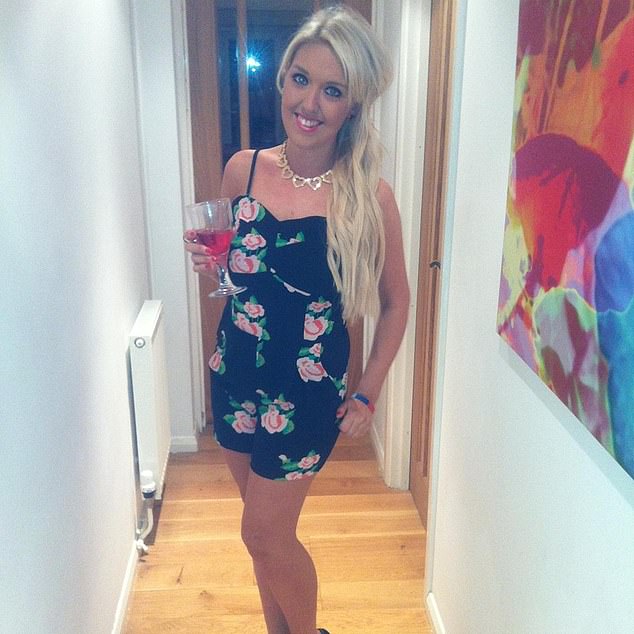 Kayleigh, was working as a holiday rep in Kavos, Corfu, in 2010 when she was raped by Aspiotis 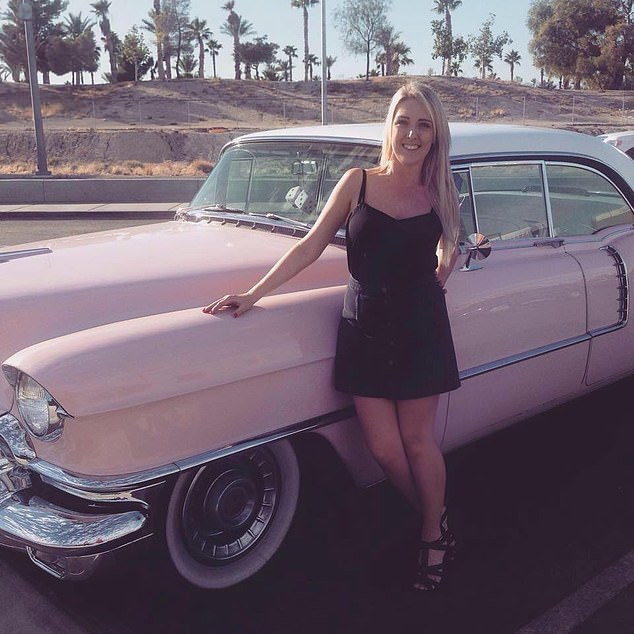 Aspiotis made the holiday rep lie next to him as he slept, holding a knife to her throat, before she was able to escape hours later at around 4am when he handed her €10 and brazenly told her to go to hospital.

Speaking on his release she told the website: ‘I thought he would rot in prison but he’s back sitting in cocktail bars in Kavos.’

Following the rape Kayleigh suffered with PTSD and could not leave the house for months on end.

The beast was caught 18 days later in the woods where he had been living after he rang into a TV station to surrender. 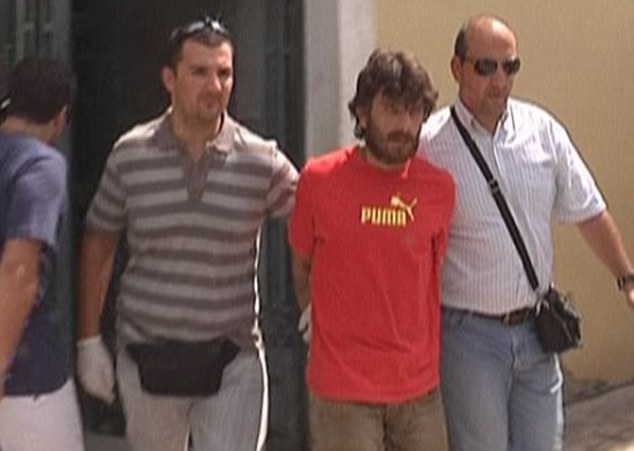 Grave offences: Aspiotis is sent back to prison to complete his previous six-year sentence for robbery and rape in 2010. Today the 39-year-old was told he would not be released until the age of 91

Aspiotis attacked Kayleigh and four other British women age 18 to 47 during a stint of offences within a 46-day period.

The attacks came just six weeks after the dangerous rapist was released early after raping three other British woman between the years of 1997 and 2005 – although local authorities claim the real number is higher.

Florent Kavadas, a lawyer who represented Aspiotis before his trial in 2012 told The Mirror that the release was due to ‘a horrible law’.

It is believed Aspiotis was released for good behaviour under a controversial law which allows criminals to be released early if they follow prison rules.