The first multi-game slate of the NFL preseason took place Thursday night, as the Giants took down the Patriots 23-21 and the Ravens beat the Titans 23-10.

We’d be foolish to read too much into Thursday’s games, but here are five things Sportsmail learned from the two matchups…

Daniel Jones’ seat could be warming up

Jones is expected to begin the season the season as starter, but for the first time, he may actually face some competition from his backup.

Thursday night showed just that, as Tyrod Taylor went 13-21 with a nice touchdown pass in the process.

Taylor hasn’t been a consistent starter since 2017, but with 53 career starts under his belt (and a Pro Bowl selection) he’s a more qualified backup than most.

Jones was fine on Thursday with a 6-10 night, but Taylor could be breathing down his neck if he stumbles out the gate to start the regular season.

He’s even taken a first-team rep this summer. 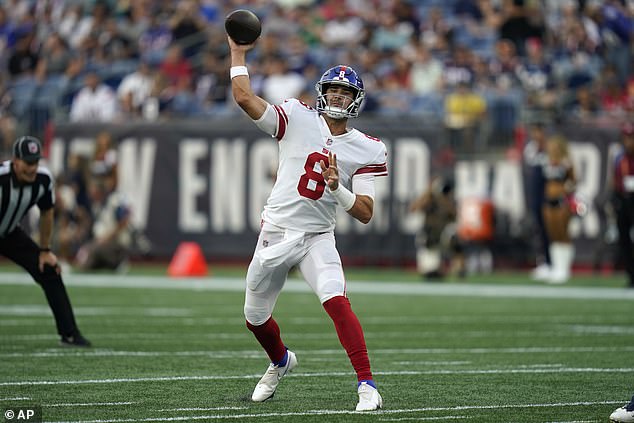 The raw ability is there for Malik Willis

As far as rookie debuts go, Willis’ left a lot to be excited about.

He evaded several defenders for a seven-yard touchdown run, dished out an impressive sidearm pass and connected with receiver Racey McMath for a 48-yard reception.

Of course, Willis showed some of his rookie inexperience as well, as he took two sacks and missed on five of his 11 pass attempts.

When the third-round pick gets his chance (Ryan Tannehill is expected to be the starter this year), he’ll likely have to work through the same decision-making growing pains most young quarterbacks do.

But if Thursday showed us anything, his athleticism and arm should give him a decent shot to become a starter in this league. 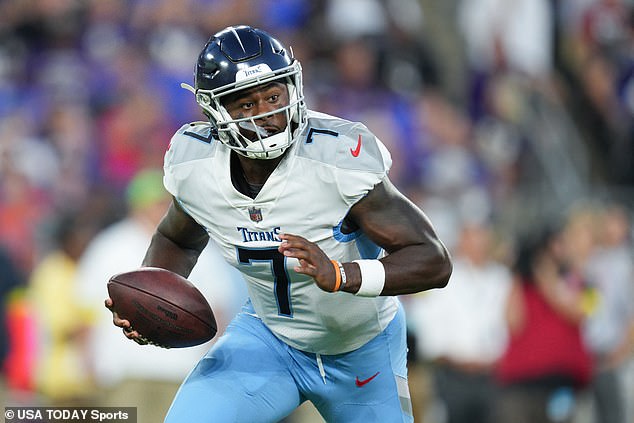 With their 23-10 win over the Titans, the Ravens kept alive a hugely impressive streak: the longest preseason winning streak in NFL history, now at 21 games.

The next closest team, as ESPN’s Adam Schefter pointed out, was Vince Lombardi’s Packers from 1959-62, who won 19 straight contests.

While many fans turn the game off by the time a team’s third-stringers have come in, the Ravens – who haven’t lost a preseason contest since 2015 – clearly take pride in racking up August wins.

Even more than other teams, evidently.

‘It’s kind of putting a stamp on your career and putting something on your resume. You came in and played, even though people consider it to be the end of the game. That doesn’t matter.

‘For half of the roster, it really matters because that’s the only playing time they’re going to be able to get. In that aspect, it’s super important.’ 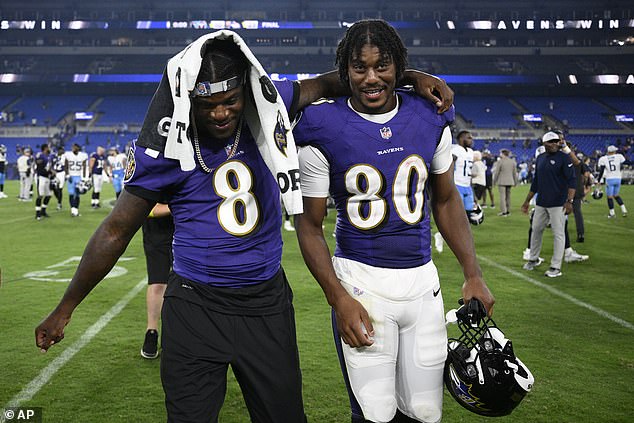 Mike Davis could be fantasy relevant
While we’re on the subject of the Ravens, it’s worth discussing their backfield, which is somewhat in flux at the moment.

With Gus Edwards expected to miss Week 1 and J.K. Dobbins working his way back from an ACL injury, Mike Davis could be in line for some early-season work in the Ravens’ run heavy offense.

He started the game vs. the Titans on Thursday, playing two series and finishing with five rushes for 22 yards and a touchdown.

Dobbins is expected to be ready by Week 1, but it’s not crazy to think Baltimore will want to ease him in.

Even if that’s not the case, Davis would be set to start the season as the second-string running back on a run-heavy offense, so this is one to keep an eye on. 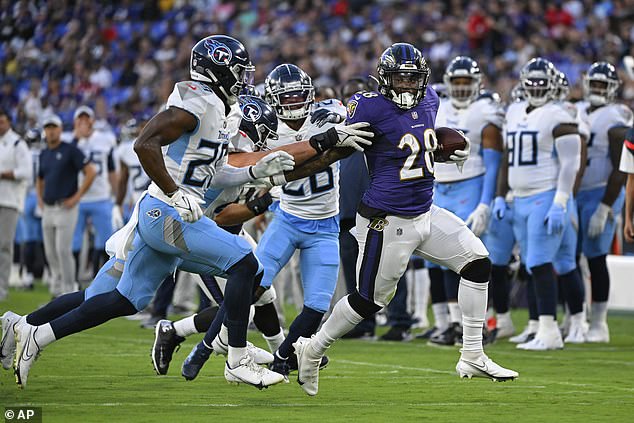 Malcolm Butler is a Patriot once again
We knew this before the game, as Butler re-signed with the team in March, but it was cool to see Butler wreaking havoc for the Pats defense for the first time since 2017.

Sporting a new jersey number – No. 4 – Butler didn’t take too long to make an impact, recovering a fumble in the second quarter after being handed a start.

Butler’s roster spot is far from guaranteed after he spent the 2021 season away from the league, but his efforts vs. the Giants certainly won’t hurt his mission of making the 53.

Maybe he’s got one more legendary Patriots moment left in him. 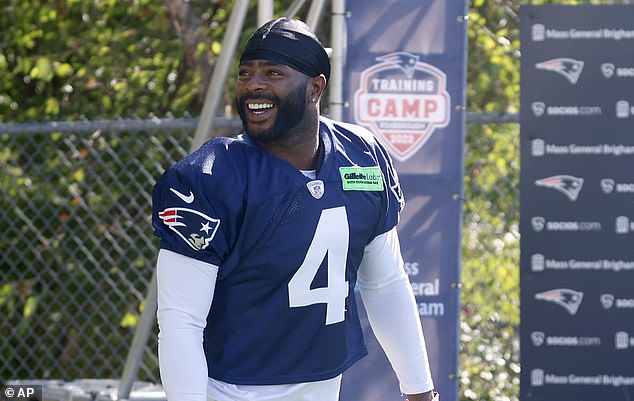