And about time, too. The Japanese car company, which places great store on its engineering, has for too long let rivals grab the style limelight.

Finally, it offers improved looks with a striking style and clever tech. 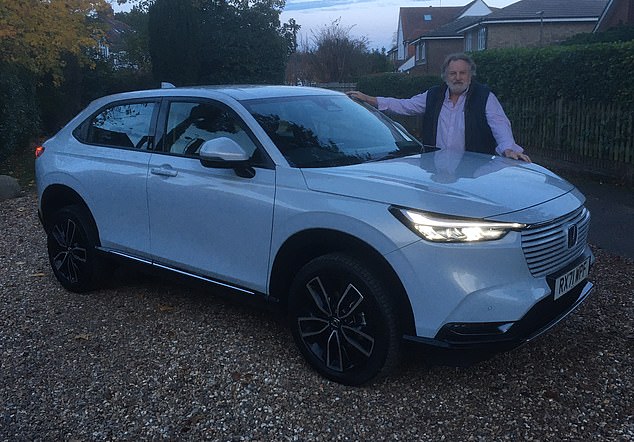 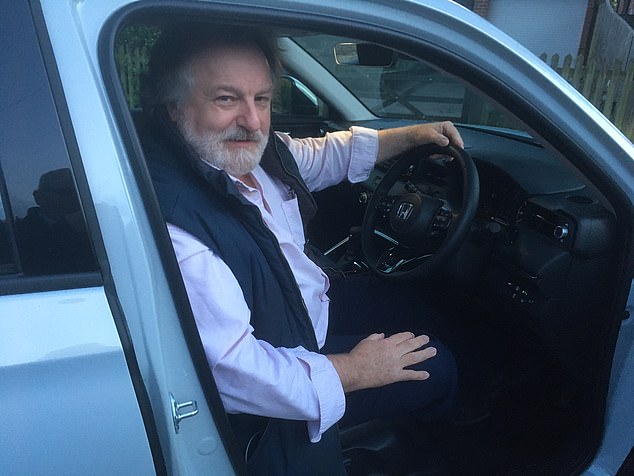 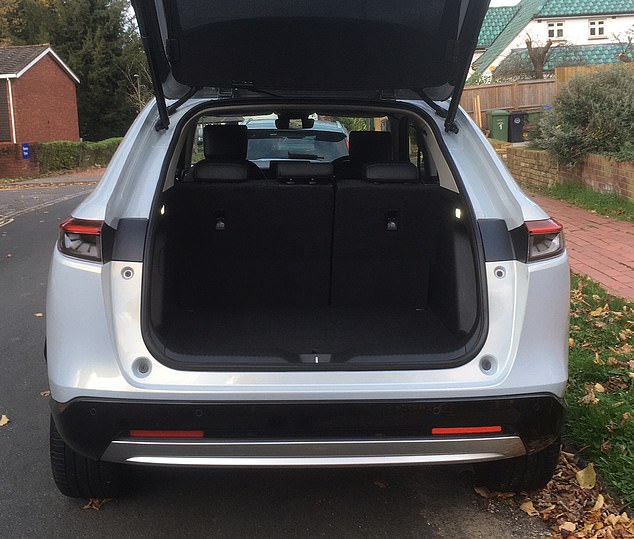 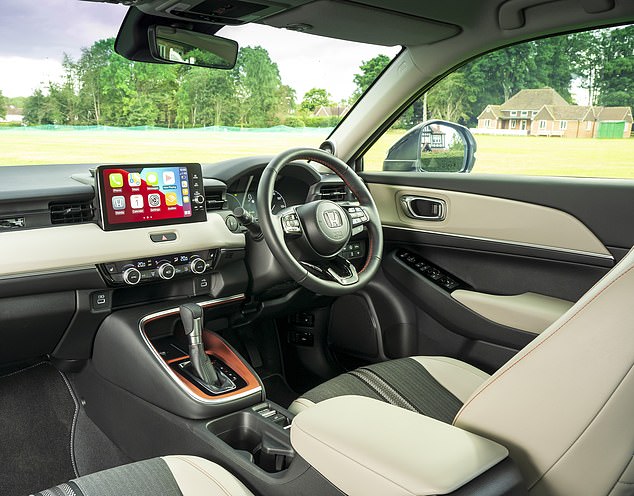 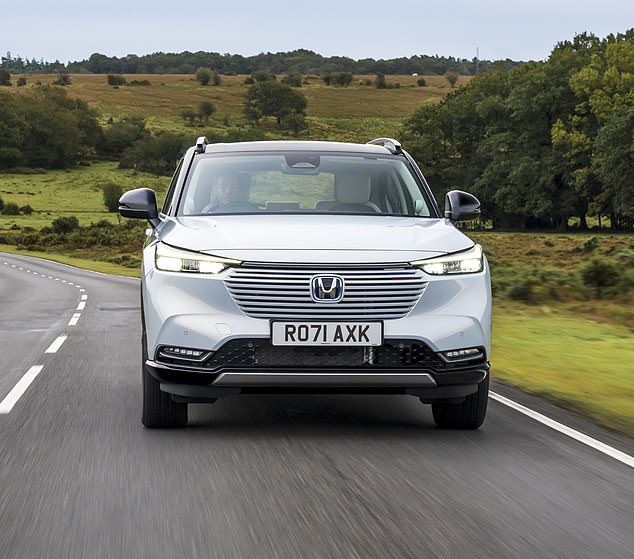 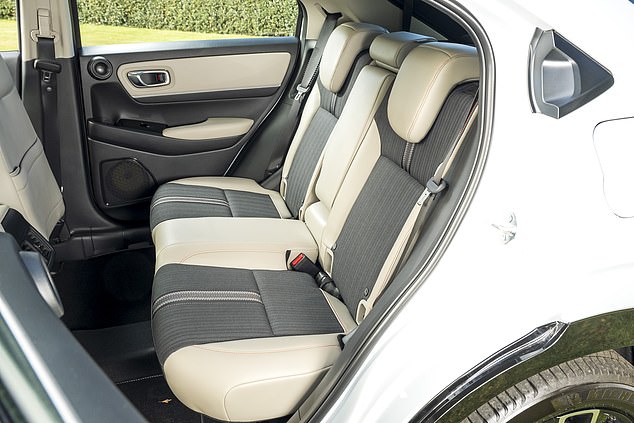 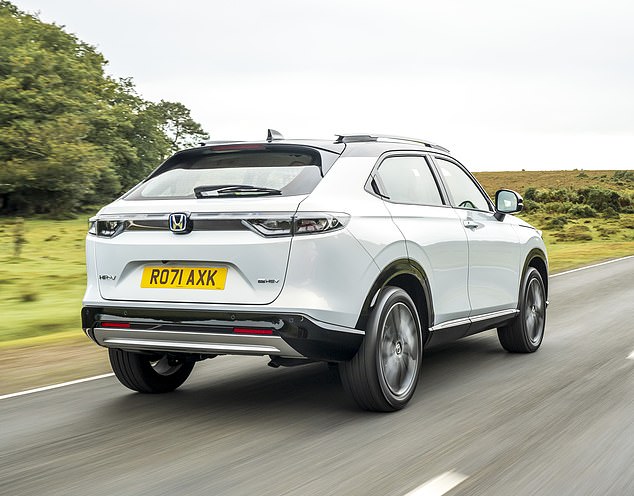 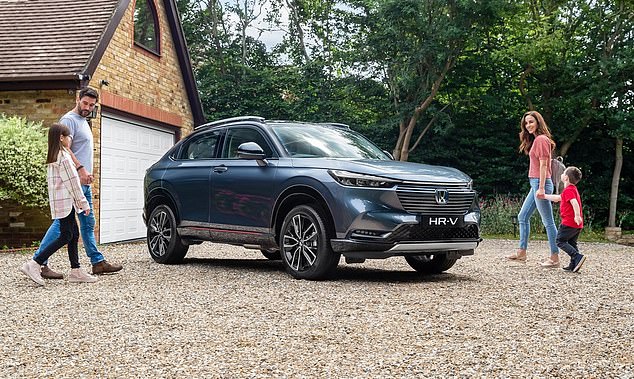 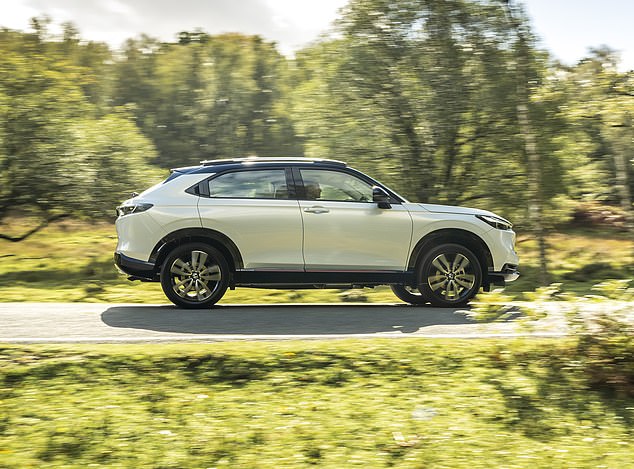 Available only as a hybrid, its 1.5-litre petrol engine is linked to two electric motors generating 131hp.

Drive judiciously and store up juice and you’ll be cruising mainly in electric power, which is prioritised over the petrol engine. The latter kicks in when you need added power.

WILL IT FIT IN MY GARAGE?: New Honda HR-V

On sale and in showrooms: late November

Boot Capacity (rear seats up): Up to 335 litres

Most of the time the two work seamlessly together, switching between electric, hybrid and engine drive, depending which is most efficient for the particular drive.

A sibling to the Jazz, but with added battery power, the HR-V is a feisty, fun and practical family car. It accelerates from rest to 62mph in 10.6 seconds, but thanks to tweaks to the gearing ratios, feels quicker. The top speed is 106mph.

The range starts at £26,960 for the well-stocked entry-level Elegance trim. I was driving the mid-level Advance, which rises to £29,220 with more speakers and USB ports, a leather heated steering wheel, interior tweaks, tilting door mirrors for reversing, and a hands-free tailgate you can activate with your foot if you have hands full of shopping.

The top-of-the-range Advance Style costs from £36,660 and adds extras such as premium audio, a two-tone roof and mirrors, plus wireless charging.

It’s an engaging drive with a high seating position plus a modern interior featuring an uncluttered dashboard. It all feels premium-quality.

There are three driving modes: eco, normal and the more engaging sport. The ‘one pedal driving’ option allows you to reduce the amount of braking necessary, as taking your foot off the accelerator slows you down while boosting the charge you generate.

The result is a good 52.3mpg average with CO2 emissions of 122g/km. Honda reckons a 460- mile full tank range is enough to go from London to Edinburgh.

Despite its coupe-like styling, the rear feels particularly spacious for those in the back.

And the seats there are cleverly flexible to allow more load-lugging space folded down, but also can be folded up – like cinema seats, for high pieces of luggage.

Foot and knee space in the back has increased by 35mm compared to the previous generation HR-V.

First deliveries will be early in the New Year.

Will new charging point be ‘as iconic as a red post box’?

Iconic is a much overused word, especially when applied to design.

So does the new Government-commissioned public electric charging point unveiled this week at the COP26 eco-conference in Glasgow fit the bill? 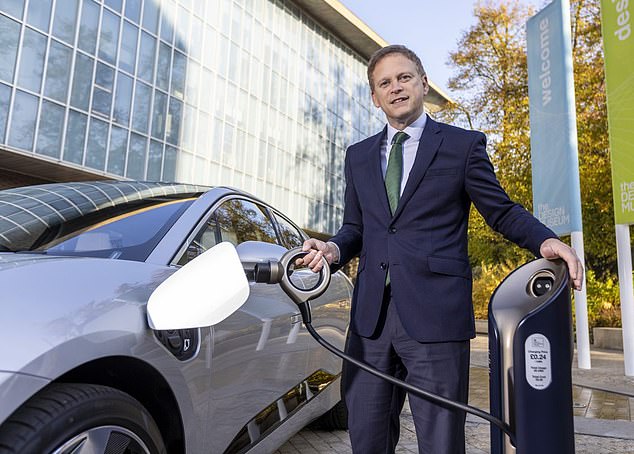 Transport Secretary Grant Shapps, who owns a Tesla Model 3 electric car, says he wants the new charging point created by the Royal College of Art and PA Consulting with a £200,000 grant to ‘become as iconic as a red post box, London bus or black cab’.

Ministers requested a roadside sculpture that makes them easy for drivers to spot but also incorporates ‘British designs of old that are recognised the world over’.

The charger features a ‘recognisable circular handset’ with a colour-changing LED ring that shows its status.

Young learner drivers have spent an estimated £12million to fast-track their practical tests in the wake of the Covid lockdown, says Direct Line Motor Insurance.

Some have paid driving firms up to £122 for their test, a 97 per cent premium as against DVSA’s standard £62. 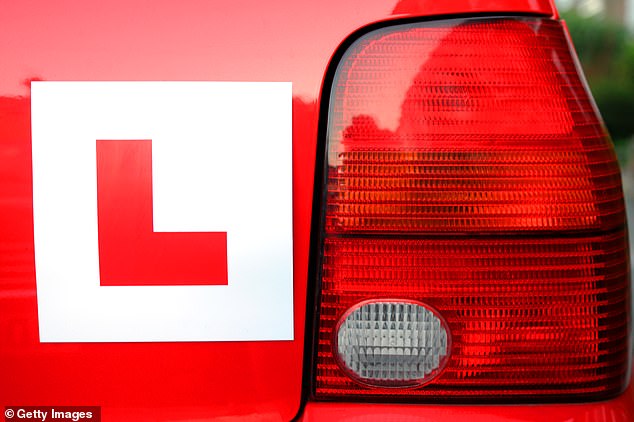 About 200,000 learners — more than a third (34 per cent) of those who are learning or have passed in the past year — opted to fast-track.

Direct Line said: ‘The backlog of tests as a result of the pandemic has forced millions of young drivers to wait months for a date, driving many to pay additional premiums of up to £60 to bring forward their test.’

According to the company, learning takes 47 hours on average, split between 26 hours of lessons and 21 hours of free practice. In total this costs an average of £365, but nearly a third (32 per cent) have spent more than £500.