Roared on by just over 13,000 supporters inside their three-sided ground Rayo made a nonsense of the historical record of these two clubs. Madrid have won 33 leagues, Rayo once finished eighth, in 2013. This season they are probably going down but despite being stuck in the bottom three they ran out comfortable winners.

Some seasons seem to last forever for struggling teams and this is turning into one of those for Zidane. When the French coach came back he had just 11 games to face but most have been turgid affairs. This was match number seven. In four away matches he is yet to win. 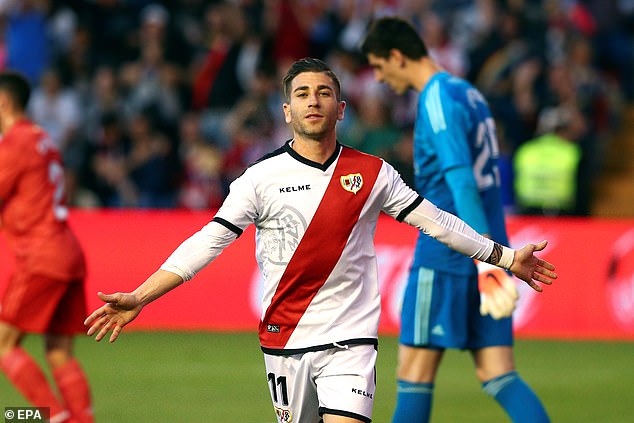 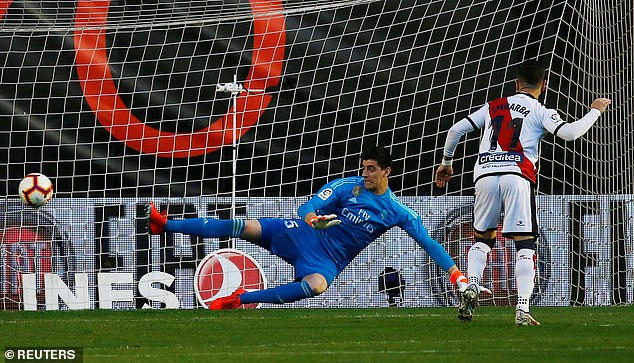 Madrid lost away to Valencia and have played all three of the capital’s smaller clubs without a single win, drawing with Getafe and Leganes and losing here.

You could put the budget and fan base of Rayo Vallecano, Getafe and Leganes together and they would not come up to the halfway point on the mighty Madrid but on the pitch the team have been just as ordinary or worse.

Jose Angel Pozo set the tone for this game testing the recalled Thibaut Courtois who got down well to save.

Pozo went close again after Rayo capitalized on a Luka Moddric slip but Courtois came out, spread himself and batted the ball out for a corner.

Gareth Bale was in from the start proving once more that little can be read into the coach’s mix-and-match team selections. Being benched doesn’t necessary mean Zidane is against you; being picked doesn’t mean the opposite.

He missed Madrid’s best first half chance taking two touches to connect with a cross from the right. When in his prime and flying he would probably have hit a shot first time. If he had scored the goal would not have counted anyway because the referee was now in discussions with VAR over an incident at the other end of the pitch immediately before.

Mario Suarez had played the pass through to Javi Guerra and Jesus Vallejo grabbed a handful of his shirt. The referee never spotted it but VAR did and when he reviewed it pitch side he gave a penalty. Adrian Embarba scored from the spot straight down the middle as Courtois dived to his left. 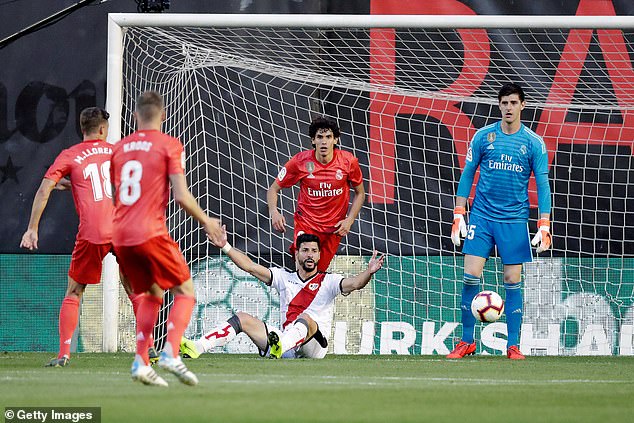 Jesus Vallejo had difficulty dealing with the Rayo Vallecano forwards

Rayo are facing almost certain relegation but they are going down fighting and former Manchester United winger Bebe loves these games – he never had the consistency to make it at a big club but still has those flashes of brilliance that convinced some he would go on to be a world beater.

Madrid were poor all over the pitch. Modric kept losing the ball. Bale looked low on confidence and Courtois, who dropped one Bebe cross, was also showing signs of having been out for a long time.

Mariano Diaz – in for the rested Karim Benzema who is the only player to have scored for Madrid in the month of April – was constantly offside. 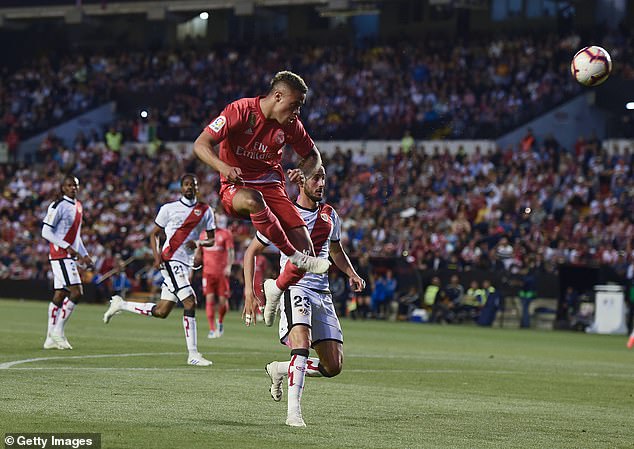 One lob over Rayo keeper Alberto Garcia from Bale’s pass was well taken but the goal was ruled out for offside.

In the second half Zidane put Brahim Diaz on and the signing from Manchester City won Madrid a free-kick in a good position with a jinking run cutting in from the left. Bale’s kick was pushed over the bar by Alberto and nothing came from the corner. He then went on another run and this time won a corner but again it came to nothing.

Isco came on for Modric and he was given a standing ovation from Rayo supporters. There is lot of respect for the Balon d’Or even though he had not played well on the night.

None of the changes worked. Even six generous minute of added time could save Madrid from another desperate chapter in an embarrassing season. 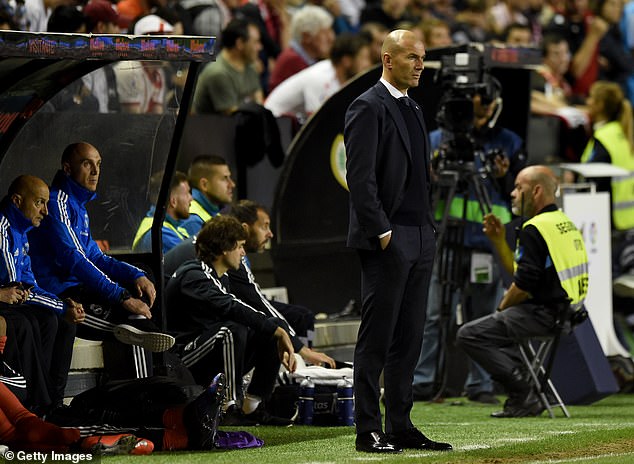 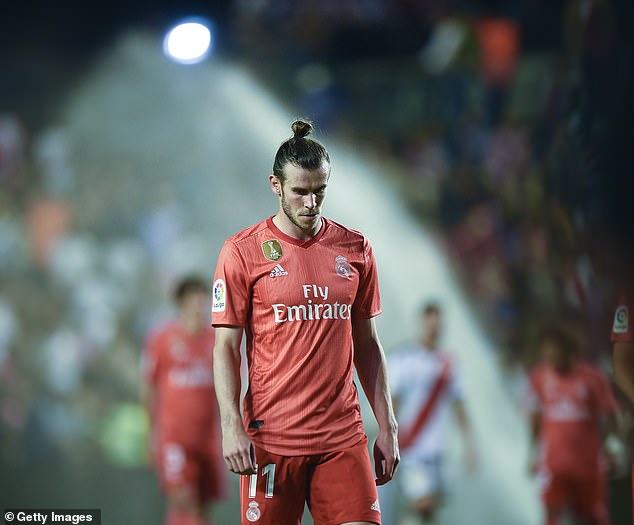 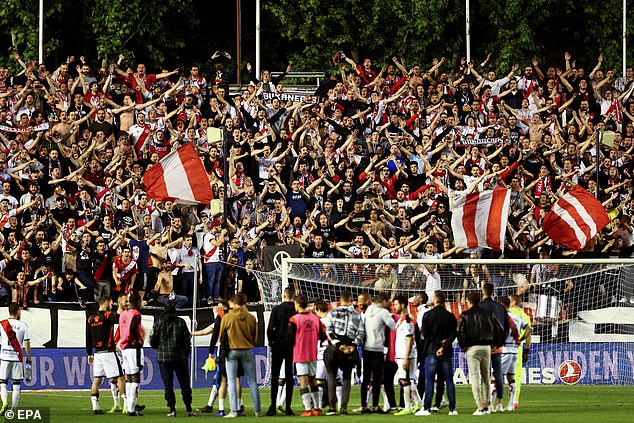