Barclays bankers will share a bonus pool of £1.9billion after the lender raked in record profits last year.

Their rewards were up 23 per cent on 2020 levels, as red-hot deal-making boosted its lucrative investment bank.

Barclays, which is currently advising on the takeover of airport services firm John Menzies and pharmaceuticals business Clinigen, bagged profits of £8.4billion in 2021 – an all-time high.

Record profits: Barclays, which is currently advising on the takeover of John Menzies and pharmaceuticals firm Clinigen, bagged profits of £8.4bn in 2021 – an all-time high

The lion’s share of this, or £5.8billion, came from its corporate and investment bank.

The stellar performance was boosted by the release of cash which Barclays set aside to cover potential pandemic losses.

It freed up £653million of those reserves last year as the Covid job losses and business failures many had expected did not materialise. In 2020, the lender had squirrelled away £4.8billion.

Shareholders reaped the rewards, as Barclays promised to hand them £2.5billion through dividends and buybacks. The stock climbed 3.1 per cent, or 5.82p, to 195.98p.

But the bumper numbers will also come as a boost to CS Venkatakrishnan, Barclays’ new boss who goes by the nickname Venkat.

The Indian-born American banker was thrust into the limelight last year when he took over from Jes Staley, who left amid an investigation into his relationship with convicted paedophile Jeffrey Epstein.

Venkat knew Staley when they both worked for JP Morgan, and has previously called him ‘my manager, mentor and friend’. 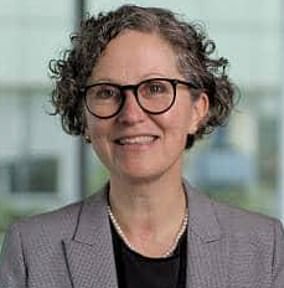 Cross, an activist for LGBT rights, will now be one of the handful of women to hold a top job in British banking, and becomes the most powerful woman to work for Barclays.

While NatWest has appointed Alison Rose as chief executive and Katie Murray as chief financial officer, Barclays has never had a woman in one of its most prestigious roles.

Cross, who is Morzaria’s deputy, joined Barclays in 2013. Her appointment now means half the UK’s Big Four banks have female finance directors – a landmark for diversity in the male-dominated world of British banking.

Morzaria gave no reasons for his own resignation, but he will stay as the chairman of global financial institutions.

He will give up a long-term incentive award which, in the next two years, could have hit £2.3million if Barclays had attained performance targets.

Barclays’ chief executive Venkat said: ‘I am delighted that the board has asked her to succeed Tushar and look forward to working closely with Anna as we continue to deliver our strategy.’

Cross will receive a base salary of £1.73million. She will also be in line for benefits including medical insurance, a bonus, a long-term incentive and pension contributions.

Staley chose Venkat as one of his first hires when he took the helm at Barclays, and eventually made him head of global markets.

Venkat’s pay in that position was not disclosed, since he was not on the board. But Barclays dropped a hint of just how well-remunerated he was, as the annual report said his new £2.7million base salary – up from Staley’s £2.4million – would be a downgrade from his previous role.

The 56-year-old, who was previously based in New York, will get a further £190,000 annual housing allowance for the next two years to pay for temporary accommodation in Britain.

And he will get pension contributions worth £135,000, benefits such as healthcare and a company car worth around £100,000, an annual bonus worth up to £2.5million, and a long-term incentive scheme, worth up to £3.6million.

This means his total pay package could, in a year when Barclays hits all its targets, reach £9million.

Venkat has vowed to push on with the strategy which Staley kicked off at Barclays, building the investment bank to rival Wall Street giants such as Goldman Sachs.

But there may be some bumps ahead. Although profits increased at the investment bank, most of that performance during the final quarter of 2021 came from reduced costs, as revenue was flat.

Venkat also said he wanted to expand the consumer credit arm, which includes credit cards, as families start to spend again following lockdowns and need to borrow to cover the cost-of-living squeeze.

This would be concentrated especially in the US, he said, as he hinted the bank may be looking to partner with more retailers to offer store cards.

The former boss of Barclays has seen £22million of shares in the bank frozen amid a probe into his relationship with Jeffrey Epstein.

Jes Staley (pictured with wife Debbie) left last November after seeing a report from the City watchdog concerned about how he characterised his relationship with Epstein when he joined Barclays. 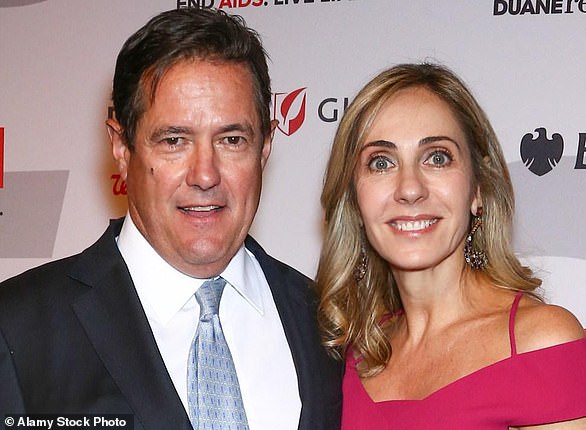 He vowed to challenge the Financial Conduct Authority’s findings. Staley, 65, met Epstein when he was at JP Morgan, where the financier was a client.

Given the circumstances surrounding Staley’s departure, Barclays has suspended its decision on whether he should get a bonus or a long-term incentive award for 2021.

This left him with his fixed pay of £2.1million – and he will still get a pay-off of £2.4million.

His ‘unvested’ shares awarded in previous years have also been suspended. At current market prices, the stock is worth £22million.