‘Entitled and greedy’ aunt demands her nephew’s Lotto winnings after gifting him the winning ticket for his birthday: ‘I really need the money’

A ‘greedy’ woman has been slammed online for requesting to keep her nephew’s lottery winnings after she bought him the ticket for his birthday.

In a post to Reddit, the woman said she had been in financial strife after losing her job but scraped together change to get her nephew a scratchie that ended up winning him a ‘life changing’ amount of money.

She said she asked for three-quarters of the winnings as her nephew is financially comfortable whereas she ‘really needs it’ prompting a barrage of outraged responses calling her ‘entitled’.

The penny pinching aunt said she has has a ‘rough year’ after getting laid off and is struggling to pay bills and eating ramen for ‘just about every meal’.

She said she loves her nephew and hated the thought of not being able to buy him a present for his upcoming birthday.

‘I scraped together whatever change I could and bought him some lottery scratchers and holy s*** he actually won,’ she wrote in the post.

‘One was for about $50 which was cool enough but the second one was actually into the middle five figures. I mean life changing money.’ 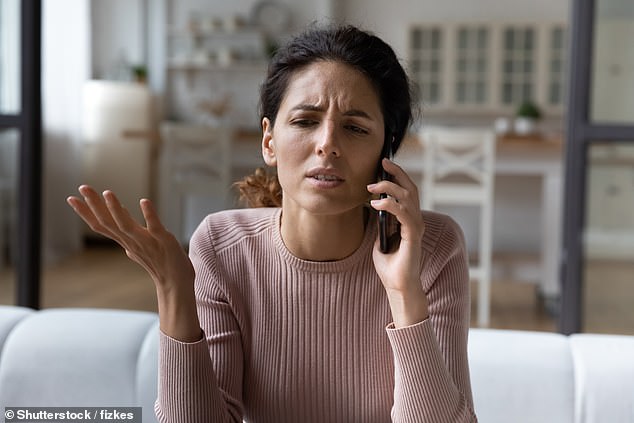 She explained her sister and her husband are ‘very well off’, her nephew has ‘every material thing he could ever want’ so she called her sibling up to ask if she could have not just a few bucks but three quarters of his lotto win.

Do you think the aunty should get any of her nephew’s lotto winnings?

‘She asked if I was serious. I said I felt I was being very generous because I really need all of it. She actually hung up on me. I texted my nephew and I think he actually blocked me,’ the woman said.

‘Here’s the thing, I NEED this money. It’s a matter of me eating or not eating. He doesn’t.’

Dozens took to the comments to criticise the ‘greedy’ aunty for being ‘out of line’.

‘Were you hoping he’d lose?’ one user asked while another said: ‘Could you get more entitled? You don’t get any of his present, regardless of your situation and his’.

‘Your financial situation and his are both 100 per cent irrelevant. It doesn’t matter if he’s Jeff Bezos and you’re homeless. A gift is a gift,’ a third replied.

‘You gave him them as a gift. Unless there was some agreed upon handling of a potential win you have zero claim to his money,’ wrote a fourth.