A family of four including two young children have been found safe and well after they went missing on a road trip in outback NSW, sparking a wave of relief.

Their four-wheel-drive was spotted by helicopter on Tuesday after a multi-agency search was launched when the Queensland family did not arrive at their destination, the small town of Packsaddle in NSW a day earlier.

Darian Aspinall, 27, along with her two children Winter Bellamy, two, and Koda Bellamy, four, and their grandmother, 50-year-old Leah Gooding, left the Noccundra Hotel on Warry Gate Road in South West Queensland between 12.30pm and 3pm on Sunday.

The stopover in Packsaddle was supposed to be part of their journey onto Adelaide.

Darian Aspinall (left) has been found with her children Winter Bellamy, two, and Koda Bellamy, four, and their 50-year-old grandmother

A police investigation was launched after the family of four were reported missing in the desert and could not be contacted.

SA and Queensland Police, the Australian Maritime Authority, and volunteers scoured the area around Tibooburra, Broken Hill, Wilcannia, and Packsaddle.

The family’s charcoal-coloured Hyundai Tucson was finally spotted by a helicopter 50km southeast of Tibooburra off the main track about 4.15pm on Tuesday.

All four family members were safe and well inside the vehicle and were assessed by a paramedic on the helicopter before being transported to Tibooburra for further assessment.

Those involved in the search effort thanked the public for their support. 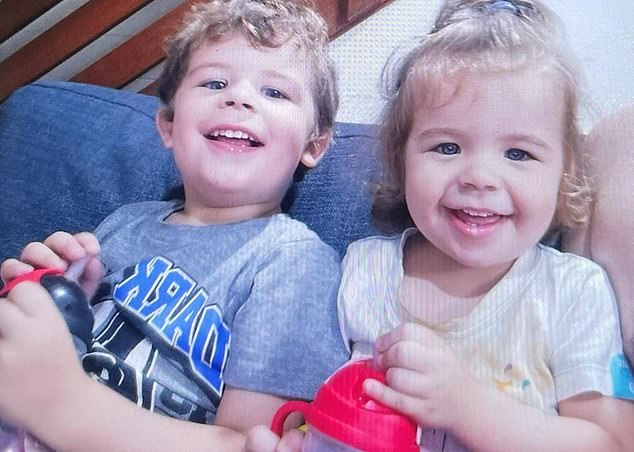 A police investigation was launched after the family failed to arrive at their destination and could not be contacted (pictured, the two children Winter and Koda Bellamy) 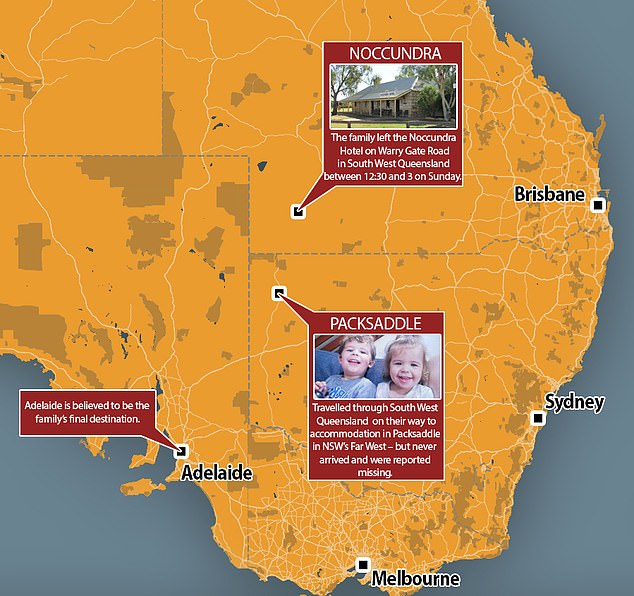 The family left Noccundra Hotel on Warry Gate Road in South West Queensland between 12.30pm and 3pm on Sunday (pictured, a map detailing their movements)