Roberta Williams allegedly grabbed a reporter by the neck and slammed him into a wall during a feisty television interview.

The widow of notorious Melbourne gangster Carl Williams was being interviewed by A Current Affair when she flew into a fit of rage.

A preview of the show, which airs on Monday night, showed the interview starting well with Mrs Williams and journalist Reid Butler exchanging pleasantries.

But proceedings quickly turned sour after he asked a particular question which has not been revealed.

Butler said he felt shaken and was left bleeding after his encounter with Mrs Williams. 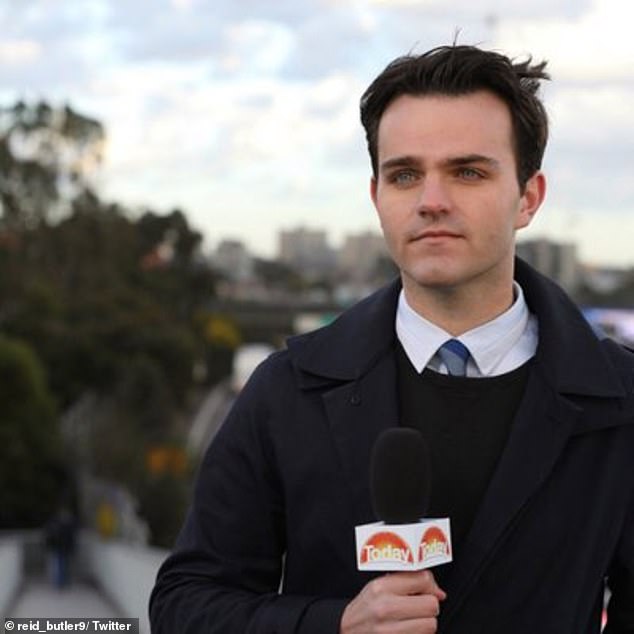 A preview of the show, which airs on Monday night, showed the interview starting well with Mrs Williams and journalist Reid Butler (pictured) exchanging pleasantries

‘She’s … tried to wrestle documents out of my hand in the corridor, and there’s a bizarre tussle between us. She’s scratched my hand in that process and I was bleeding,’ Butler told news.com.au.

‘Throughout all of this she was screaming threats and calling me a dog, and saying she was going to kill my family and cave our heads in, which was bloody confronting.’

Butler said Mrs Williams lunged towards him and grabbed his neck, throwing his head towards the wall after he asked her a touchy question.

The journalist said he would not be seeking charges against Mrs Williams, who was ‘really stressed’.

‘I know it was a mistake by Roberta. Like I said, not in a great state of mind right now and is feeling highly stressed and emotional,’ Butler said.

‘I’m not getting into it,’ Mrs Williams said as the reporter tried to reason with her.

Mrs Williams suddenly threw camera equipment onto the floor, before grappling with the reporter in the hallway.

With a crowd of people surrounding them, she also lashed out at Butler with her hand, saying ‘seven f***ing questions.’ 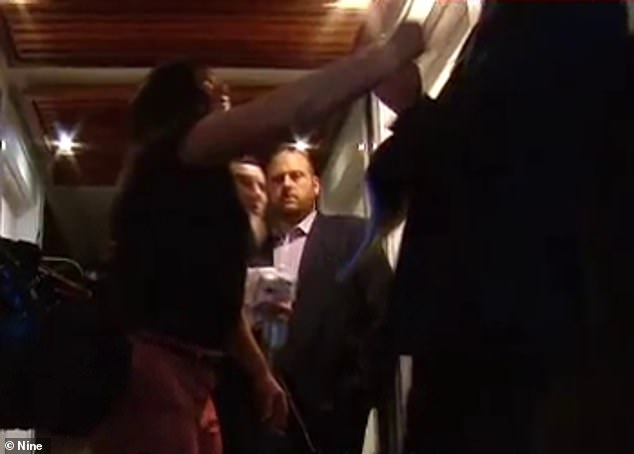 With a crowd of people surrounding them, she also lashed out at Butler with her hand – saying ‘seven f***ing questions’

A Current Affair then claims Mrs Williams ‘choked’ Butler – but said it could not show the choke in the preview because the alleged violence would have breached broadcasting rules.

‘You’re going to die, you dog,’ Mrs Williams apparently yelled at the reporter.

The interview comes as a Royal Commission into the police use of gangsters’ lawyers as informers gets under way.

The convictions of several gangsters could reportedly be overturned because their defence barrister was a police informer known as Informer 3838, meaning their trials were not fair.

The lawyer worked for Williams and others but led a double life as a police informer from 1996 to 2009.

Speaking about the female lawyer, Mrs Willams told A Current Affair: ‘She was like one of the boys. 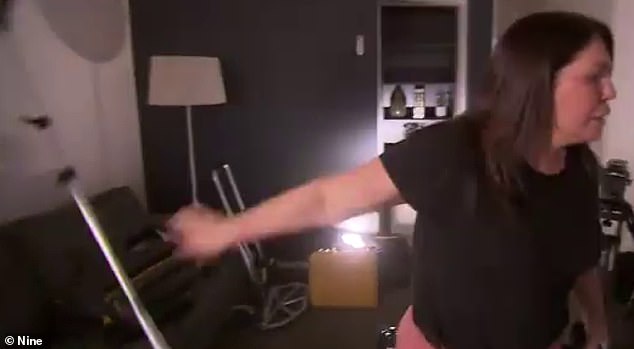 ‘She was playing two sides of the fence, so of course it was a front.

‘She came into this to put Carl in prison for the rest of his life.’

Mrs Williams said if her husband were still alive his conviction would be overturned and he would be set free.

Williams was murdered in April 2010 by a fellow inmate in a secure unit of Barwon Prison after he agreed to rat against fellow criminals in exchange for extraordinary concessions from Victorian authorities.

In chilling prison CCTV footage, Williams is seen reading the newspaper with his killer standing behind him with the exercise bike saddle that would be used to bludgeon him to death. 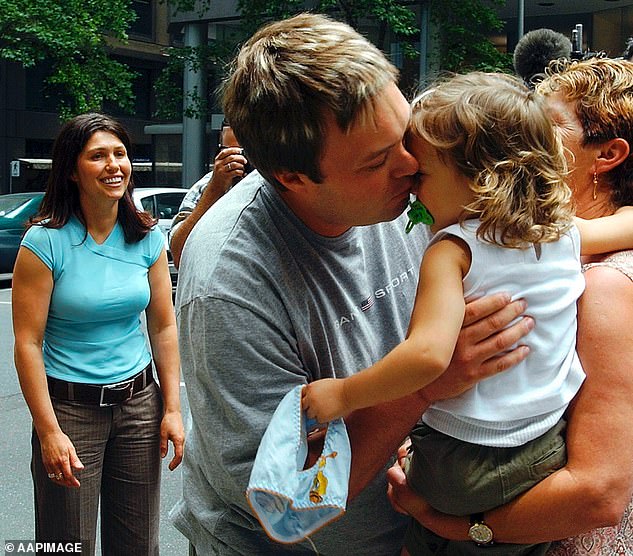 Carl Williams kisses his daughter Dhakota after being granted bail in December 2003, as his wife watches on in the left of the picture smiling

An official autopsy report showed Williams was struck once to the right side of the head from behind as he sat reading a newspaper in the high-security unit’s common area he shared with two other prisoners.

He then fell to the ground where he was struck up to seven times to the left side of his head.

The revelations of the lawyer’s involvement with police came after the lifting of court-imposed gag orders that had until now protected the lawyer.

The Victorian Government in December ordered a Royal Commission into the matter which started last week.