Amazon’s decision to build its second headquarters in Virginia is already driving up house prices in the area by as much as $70,000.

The average home-sale price in Arlington was up 17.7% annually to $655,000 in the six months since Amazon announced its plans in November, according to a report from Redfin.

The typical home that sold went under contract in just six days in April, down from 10 days last year.

Arlington’s Crystal City neighborhood, directly across the river from Washington, D.C., is the intended site of Amazon’s second headquarters, which will eventually employ some 25,000 people.

Amazon’s decision to build its second headquarters in Virginia is already driving up house prices in the area by as much as $70,000. Pictures is one of the first buildings Amazon will take over in Crystal City

Redfin agent Mara Gemond said the Amazon announcement started to have a noticeable effect on the real estate market in a matter of weeks.

She said nearly every homebuyer mentioning Amazon as a factor in their home search. She said: ‘I can’t remember the last time I had a client make an offer that didn’t face competition.

‘Over the last few months, most of my homebuyer clients cite one of two scenarios, and speculation about Amazon’s impact is part of the thought process for both.

‘They want to buy now either because they’re concerned they’ll soon be priced out of the market, or to secure an investment property for rental and future resale.’

The northern Virginia cities of Alexandria and Arlington are now the two most competitive housing markets in the country, respectively, according to the report.

Gemond said nearly all of the buyers who are being locked out are current residents of the area. This is despite the fact Amazon has yet to hire some its first 400 workers for HQ2.

Locals are snapping up properties in the hope that prices will rise even higher when the Amazon HQ is complete and operating. 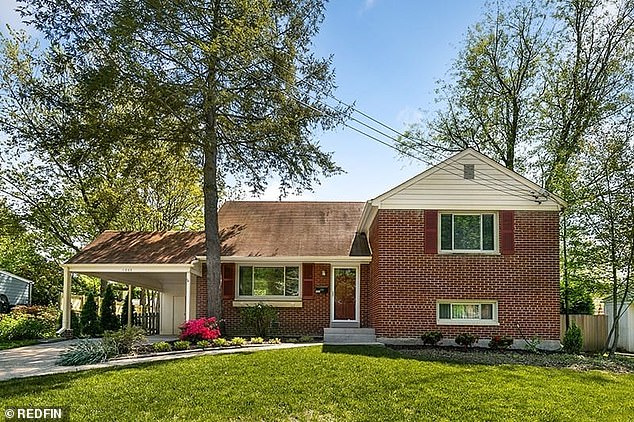 The northern Virginia cities of Alexandria and Arlington are now the two most competitive housing markets in the country. The image shows a 3-bedroom, 1.5-bathroom home in Alexandria on the market for $625,000 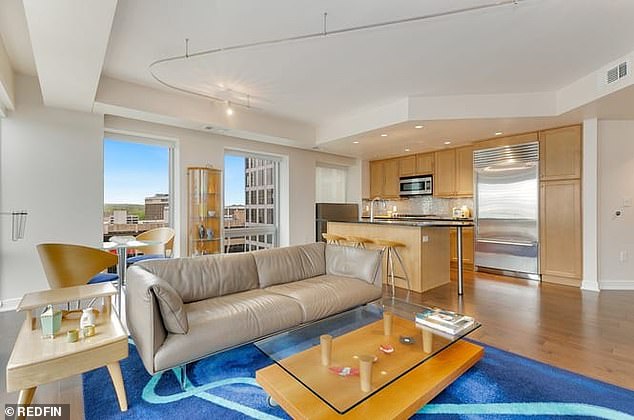 This image shows a 2-bedroom, 2.5-bathroom condo located near Amazon’s HQ2 in Arlington was one of the most viewed listings on Redfin.com on May 12. It’s on the market for $879,900

Gemond added: ‘I had a condo listing right across from ‘ground zero’ of HQ2 last fall and it had been on the market for 90 days with no interest at all. [The owner] was about to take the listing off the market.

After the news leaked on November 11 that Amazon chose the area, ‘all of a sudden, it sold for $70,000 more than we asked and in one day.’

The Washington D.C. metro area, which includes Arlington, Alexandria and Falls Church in addition to several other parts of Virginia, was the third fastest major market in April, with the typical home under contract in 10 days.

The only places where homes sold faster were Amazon’s hometown of Seattle and nearby Tacoma, Washington, where the typical home that sold in April in each area went under contract in nine days. 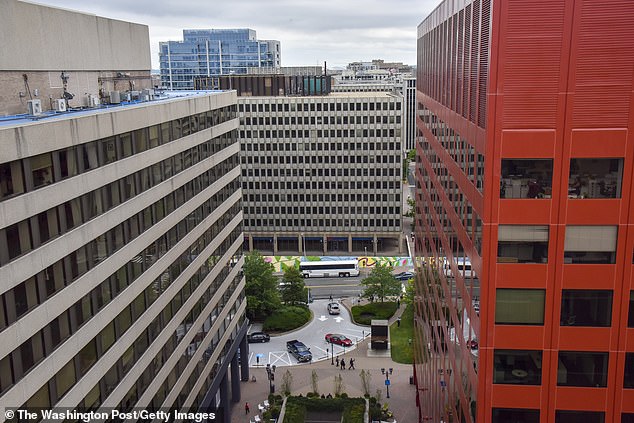 Amazon, the online retail giant, has chosen to base it’s second North American headquarters in Crystal City. Pictured is a view of Crystal City on 18th Street South 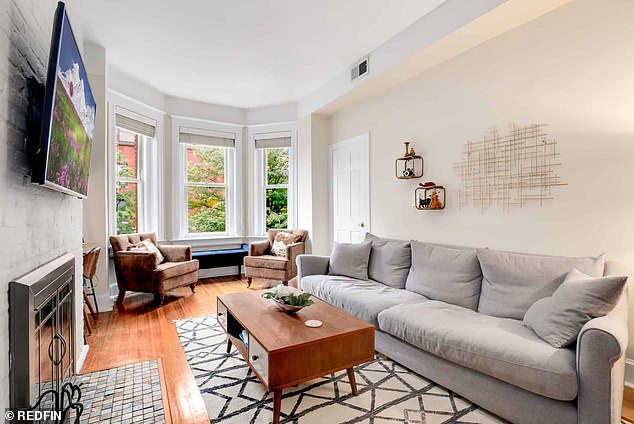 An image shows a  2-bedroom, 1-bathroom condo is also just a quick drive over to Amazon HQ2 which is listed for $585,000 in Washington D.C.

Marcia Burgos Stone said  that the increased interest from homebuyers is mainly from people who already live in the area, whether they’re investors or people who want to buy before prices go up even more.

‘That’s why we are already seeing home prices being bid up near Amazon HQ2, long before the campus is fully staffed.

‘As Amazon employees do move to the area, there will likely be even more jobs created—for lawyers, accountants, and other professionals and businesses looking to add HQ2 employees to their customer base.

‘The area’s economy is primed to grow for the foreseeable future, so the home price appreciation we are seeing today is only the beginning.’ 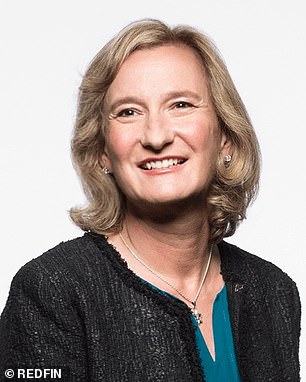 Redfin agent Mara Gemond, (pictured), said the Amazon announcement started to have a noticeable effect on the real estate market in a matter of weeks

Christine Richardson, a real estate agent and president of the Northern Virginia Association of Realtors, said new home buyers may find it difficult to make an offer when investors can pay in cash.

She told The Washington Post: ‘These [buyers] are speculators or folks who just want to live in Arlington and Alexandria.

‘The Amazon announcement put them in a tailspin. They are probably renting and intended to buy in 2021 or so, but they said, “I’ve got to accelerate this.” Then you have the opposite [instinct] with the sellers.’

In February, Amazon abruptly dropped plans for a new headquarters in New York that would have brought 25,000 jobs to the city, reversing course after politicians and activists objected to the nearly $3 billion in incentives promised to what is already one of the world’s richest, most powerful companies.

The move was a serious blow to Governor Andrew Cuomo and Mayor Bill de Blasio, who had lobbied intensely to land the project.

New York had competed against more than 200 other metropolitan areas across the continent that were practically tripping over each other to offer incentives to Amazon in a bidding war the company stoked.

Amazon announced in November that it had chosen the Long Island City section of Queens for one of two new headquarters, with the other in Arlington, Virginia. Both would get 25,000 jobs. A third site in Nashville, Tennessee, would get 5,000.