A popular home cook has shown off her super simple recipe for cheese and spinach triangles in a mouth-watering video.

Mon Mack, from Brisbane, shared the recipe on Instagram – where it instantly went viral and attracted thousands of reactions from fans.

The young cook who describes the kitchen as her ‘happy place’ said the spinach in the recipe can be replaced with other ingredients such as artichoke or kale.

To make the recipe faster, she said cooks can skip sautéing the onion and garlic and ‘add them in powder form’.

The video starts with Mon biting into the very crunchy snacks for the camera – before she starts to cook off the garlic and onion. 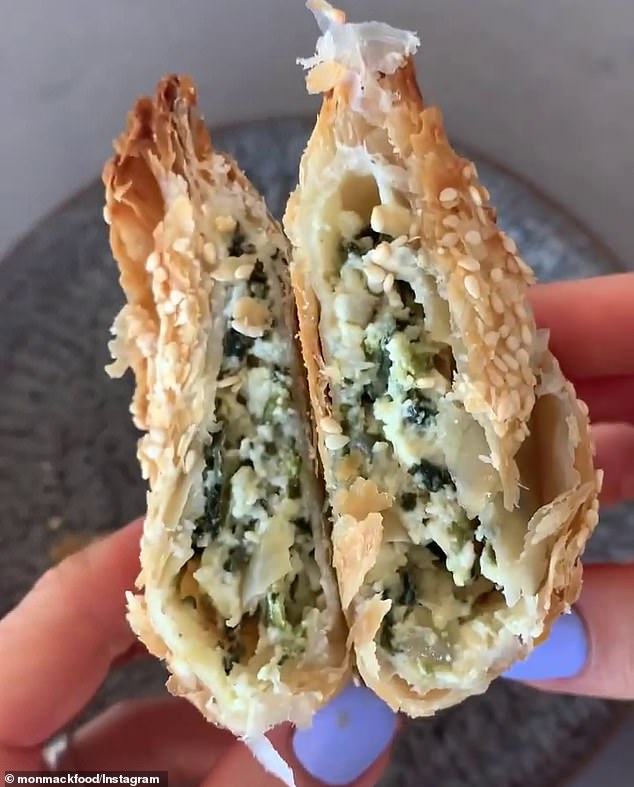 She then adds all of the rest of the ingredients to a bowl and mixes them together until smooth.

Mon then takes the puff pastry, cuts each piece into four and adds the spinach and cheese mixture.

She the sticks them together, using egg wash before topping with sesame seeds and baking for 25 minutes. 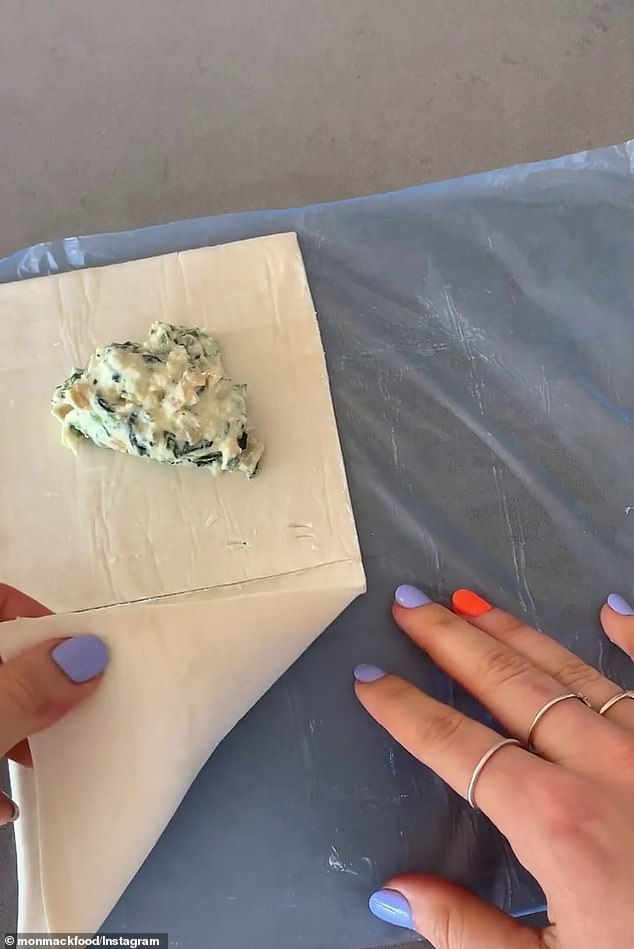 How do I make spinach and feta triangles at home?

Sauté the onion and garlic then leave to cool.

Mix the feta cheese, spinach, nutmeg, Parmesan, egg, salt and pepper together in a bowl until smooth, add the onion and garlic once cool.

Take your puff pastry sheets and slice into quarters. Fill  each of the squares with the spinach mixture.

Brush the edges of the square with egg wash then fold into triangles.

Coat with egg-wash and sprinkle sesame seeds on top.

Her fans were impressed with many admitting they had never tried to make them before because they thought it would be too difficult.

‘My mum used to make these when I was a lot younger and called them ‘surprise parcels’ – would fill them with all sorts of stuff. Cheese and bacon, spinach and feta, even tried it with rice one time. This brought back so many memories,’ one woman wrote.