Revealed: Why heart patients MUST have their iron levels checked

Fatigue, shortness of breath and palpitations are unfortunately symptoms that a typical heart failure patient may be all too familiar with.

So they may not think to question it when they feel more tired than usual or find they are becoming increasingly short of breath.

But according to a leading charity they should do — for in many cases this may not be due to their heart condition, but to an easily treatable problem: anaemia, caused by an iron deficiency.

Health fact: More than one million people suffer with heart failure in the UK

Those with heart failure — which affects almost a million people in the UK, are at increased risk of anaemia, yet doctors don’t screen them for the condition as they do in other countries, according to experts at the heart failure charity Pumping Marvellous.

As a result, they say, patients with heart failure may be experiencing worse symptoms and a reduced quality of life.

Doctors say that anaemia, a shortage of the red blood cells that carry oxygen around the body, is often overlooked in those with heart failure — where the heart is unable to pump sufficient blood around the body — because the symptoms are so similar to heart failure itself.

‘Iron deficiency is very common as an effect of heart failure,’ says Martin Cowie, a professor of cardiology at the Royal Brompton and Harefield NHS Foundation Trust, and chair of the clinical board at Pumping Marvellous.

‘Although it is easy to test for and treat, the sad fact is that it is not often thought about or diagnosed.’

Dr Fozia Ahmed, a consultant cardiologist at Manchester Heart Centre, agrees and warns: ‘The longer iron deficiency goes undiagnosed and untreated in heart failure, the worse the impact on quality of life.

‘Anaemia could amplify the underlying heart failure symptoms and make patients more susceptible to infections as iron affects the body’s immune system, and even increases the risk of other heart and lung complications.’ 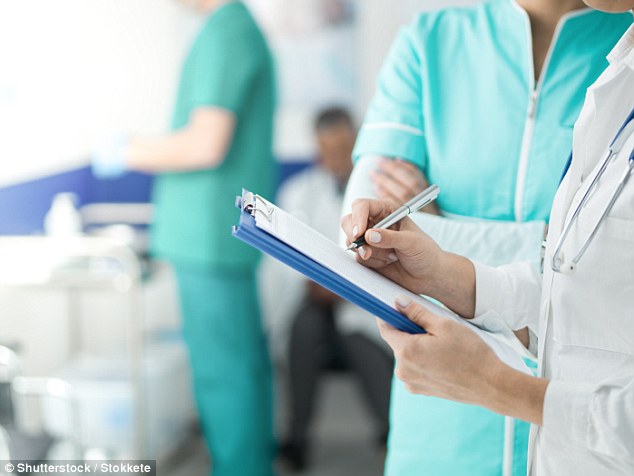 Quite what predisposes those with heart failure to anaemia is not fully understood. One theory is that increased inflammation as a result of heart failure means iron isn’t absorbed as well, and can’t be properly released from stores in the body.

There are other possible causes too, not least that heart failure can dull the appetite so people might not eat enough iron-rich foods, but that’s not the only reason.

‘As heart failure progresses it can impact on the kidneys because blood isn’t circulating as efficiently as it should,’ says Dr Ahmed. ‘The kidneys are vital in producing red blood cells, and with poor kidney function this can lead to anaemia.’

‘We have very good evidence that treatment of the iron deficiency can make an important impact on levels of tiredness, exercise capacity and quality of life in patients with heart failure,’ says Professor Cowie.

Treatment is straightforward and it can have a huge impact on levels of fatigue, breathlessness, and general get-up-and-go.

‘This is recommended in several international guidelines but is still not being done enough in the UK, as many doctors don’t recognise the signs, which can severely impact on several other aspects of patients’ health.

‘This is a missed opportunity since treatment, which includes intravenous iron replacement, is easy to arrange and makes a difference to people’s lives.’

Dr Ahmed agrees. ‘All heart failure patients should have a six-monthly review of their kidney function, heart and a full blood count to check for iron deficiency and anaemia,’ she says. ‘It’s a very quick and easy check but isn’t standard practice — that needs to change.’

Jez Squires, a 51-year-old health and safety manager from Cheltenham, was diagnosed with heart failure aged 46 after becoming frequently breathless and tired.

He was prescribed diuretics to take pressure off the heart and bring his blood pressure down, but his symptoms worsened. At a check-up in December 2016, a blood test revealed he had severe anaemia. His iron levels were half what they should be.

‘I was told I was lucky not to have collapsed and been hospitalised,’ says Jez. Even so, he was not prescribed any medication for anaemia.

The next morning Jez, still feeling terrible, went to A&E.

‘I was admitted and given an endoscopy [where a small camera is passed into the gut] to check for internal bleeding which could have explained the severe anaemia,’ he says.

The endoscopy didn’t find any bleeding, but Jez was given an iron infusion for five hours to treat the anaemia and went home later that day.

Although the cause of his anaemia was not explained to him, Jez was prescribed a daily iron supplement and has since changed his diet to incorporate more iron-rich foods such as red meat, fish and green vegetables. ‘I regularly ask to have my bloods done to monitor my iron levels too,’ he adds.

‘I’ve felt less tired and breathless since making these changes, but am still shocked at how my iron levels weren’t checked, knowing how common anaemia is in heart failure.’

‘Both studies show good outcomes if those with heart failure and anaemia are treated with an iron infusion,’ says Dr Ahmed.

Now a study by the British Heart Foundation is looking at how the impact of testing heart failure patients’ iron levels every two to four weeks — and topping up with an infusion if necessary — will affect life expectancy and hospitalisation over a four-year period.

The trial is two years in and researchers are hoping to recruit a total of 1,300 heart failure patients in more than 50 hospitals across the UK.

‘Missing an easily diagnosed problem such as anaemia in a potentially life-threatening condition such as heart failure is unacceptable,’ says Professor Cowie. ‘Treatment is straightforward and it can have a huge impact on levels of fatigue, breathlessness, and general “get-up-and-go”.

‘The NHS needs to get its act together.’