Reward money to return to donors in Mollie Tibbetts case

Administrators are to refund almost all of a $400,000 reward fund aimed at gathering information about a missing Iowa student.

The money will all be returned to donors now that she’s been found dead.

Crime Stoppers of Central Iowa said Tuesday that most of the donations from individuals and businesses were provided on the condition of Mollie Tibbetts’ safe return.

Administrators almost off of a $400,000 reward fund aimed at gathering information about a missing Iowa student will be returned to donors now that she’s been found dead 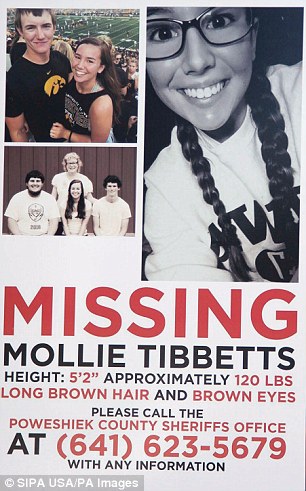 ‘Crime Stoppers wishes to thank all of the many individuals and businesses who responded so quickly to give to the fund,’ Greg Wyllie, vice president of Crime Stoppers of Central Iowa, said in a statement.

‘Your kindness and compassion is greatly appreciated.’

For donors who did not request their contribution be returned, the money will go to the Tibbetts family or the Crime Stoppers General Fund.

Crime Stoppers did not reveal how much money will go to the family.

Tibbetts vanished on July 18 while she was out running in her hometown of Brooklyn, Iowa.

Crime Stoppers started the fund, set up with First State Bank in Brooklyn, shortly after Tibbetts was reported missing.

In the weeks since, donations grew to more than $385,000, a 36-year-record at Crime Stoppers of Central Iowa. 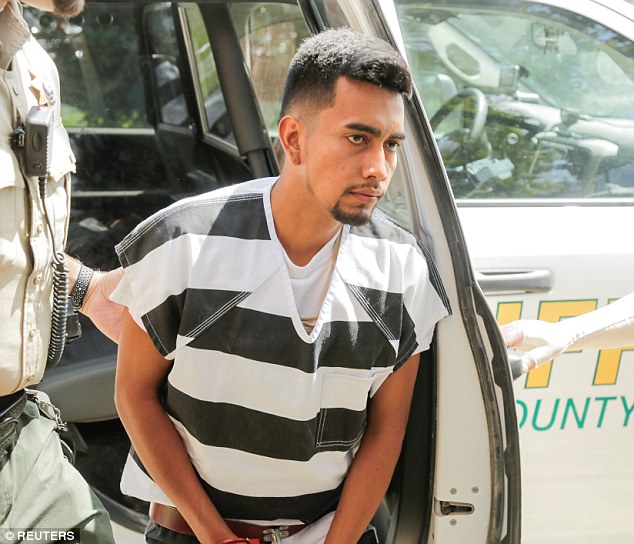 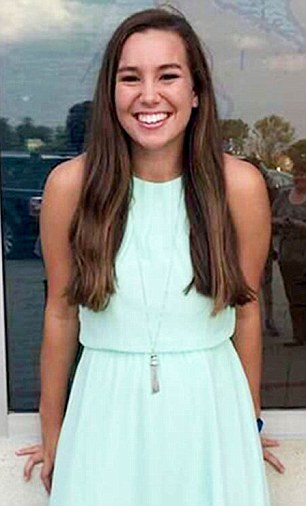 Last week Rivera led police to Mollie Tibbetts’ body. She had been missing since July 18

Rivera faces first-degree murder charges after leading police to Mollie Tibbetts’ lifeless body last week that had been left stabbed to death since her July disappearance.

The dairy worker was arrested last Monday when police traced him through surveillance footage that showed his car following Mollie.

When Rivera, a father-of-one, was approached by police he went willingly to participate in an interview where he confessed to attacking Mollie, putting her body in the trunk of his car and driving her to a field 10 miles away.

It was later revealed that Rivera was an illegal migrant farm worker from Mexico who used a fake ID to pass background checks, his employers say.