Rich Celeb Kids who drive some of the most amazing cars 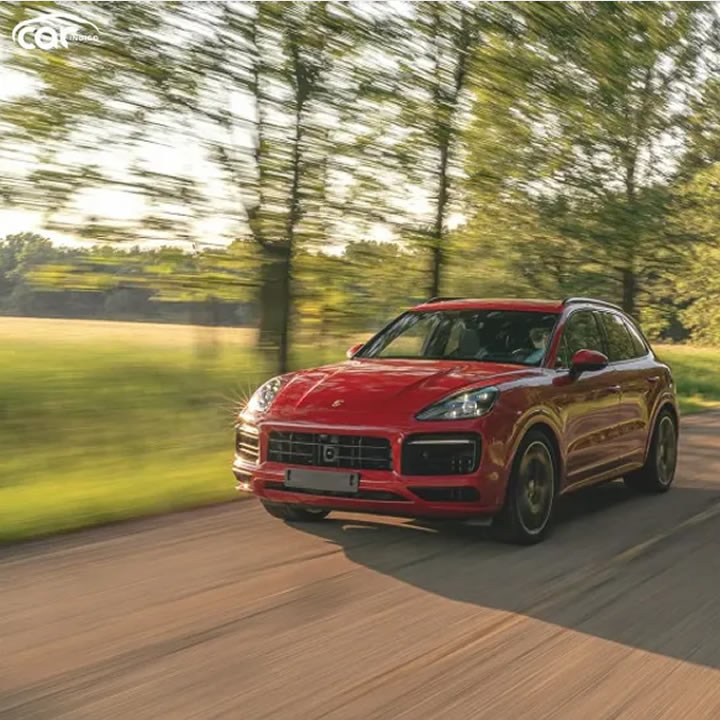 Having rich parents has its own quirks. You got to only get name and recognition, but also all of that green. Growing up as a kid, you don’t have to settle for less. Your parents will always be ready to spoil you with the most expensive gifts.

Lots of celebrities like to flash their wealthy lifestyle and many choose to stay private. Those who choose to be too flashy have the advantage of buying some of the most expensive things on the planet to show off. Their kids are lucky too since they get to be a part of that luxury.

One of the best ways to show off your wealth is by driving an expensive car, one which defines your status of luxury and power. There are a lot of celebrity kids who own some of the most expensive cars and drive around town in the best cars, at a very young age, in fact.

Some might own a luxury SUV like the 2021 Porsche Cayenne, but on the other end of the spectrum, there are also teens who are satisfied with a humble 2021 Volkswagen Jetta. But today, we shall have a look at 10 rich celebrity kids who drive around in the best cars.

Kaia is the daughter of the famous American model Cindy Crawford and businessman Rande Gerber. She chose to follow in her mother’s footsteps and decided to become a model herself.

She’s only 19 years old but she has already won Model of the Year at the British Fashion Awards. She has spotted multiple times riding around town in a Land Rover Range Rover. You know, the luxurious expensive British SUV with a 5.0L V8 capable of producing 510 horsepower and 461 lb-ft of torque. Yes, she has access to 510 horsepower at her disposal at such a young age.

While Diggy Simmons can be proud to call himself the fourth son of the famous Run DMC rapper, “Reverend Run”, Diggy himself has been quite successful. He is a rapper, singer, songwriter, and also actor. He is currently 26 years old and acting in a hit TV show, and he also has released an album that was well-received. So, he can try to buy himself a nice ride instead of depending on daddy’s money. He owns a Porsche 718 Boxster, which is powered by a 2.0L flat-four with 300 horsepower and 280 lb-ft of torque. Diggy has good taste, we must say.

If the “Beckham” surname didn’t give it away; yes, Brooklyn Beckham is the eldest child of David Beckham and Victoria Beckham. 22 years of age, he is a model and a photographer. The Beckhams decided to gift their child a Mercedes-Benz C-Class, which is powered by a 2.0L turbo inline-4 with 241-horsepower and 273 lb-ft of torque. While it might not have the most power, it is still a Mercedes.

Rumer has a lavish lifestyle. She is the daughter of actress Demi Moore and actor Bruce Willis as if the surname was a big surprise. She herself has a career in acting and singing. She’s 32 years old and she can buy herself whatever she wants.

She owns and drives a Mercedes-Benz CLS 550. A 5.5L V8 with 388 horsepower brings the car to life. It is incredibly powerful and fast. Also, it is very luxurious. A car everybody wants to have, but only a few like Rumer actually get it.

Zion Shamaree Mayweather is the son of the famous boxer Floyd Mayweather (again, big surprise with that surname). Floyd makes an insane amount of money per fight, so it is only natural that he showers his children with the best and most expensive gifts.

He himself is the proud owner of tons of super and hypercars; Bugatti’s, Lamborghini’s, Koenigsegg’s, you name it. His son went for something a little low-key – a Mercedes-Benz C-class coupe, with a 3.5L V6 that can offer 302 horsepower and it is very luxurious. If a C-class is a low-profile car for a family, you know they are rich.

You might have heard of Jayden Smith, the famous son of Will Smith and Jada Smith. He has made a name for himself being a rapper and an actor, having starred in two successful films. He recently bought a Tesla Model X for himself, and props to him for thinking about the environment. The falcon-wing doors with 417 horsepower and 485 lb-ft of torque must have intrigued Jayden like it does all of us.

Tamara is the 36-year-old daughter of Bernie Ecclestone, the former CEO and President of Formula 1. She herself is a model and television personality. If she has great taste in cars, you can say it runs in the family. She went out and bought a Ferrari 599 GTO, a car which anyone would drool over. Ferrari’s iconic V12 produces 661 horsepower and is extremely quick. We’re not sure what she does with it, but it’s surely a nice car to have in your garage.

You must have heard of the famous rapper who goes by the name of Rick Ross. He is an extremely rich guy who loves his daughter more than anything. During her 16th birthday, she was gifted by rapper daddy Bentley Bentayga.

Yes, that super fast and super luxurious SUV with a super insane price tag. Powered by a V12, it puts out 600 horsepower and 664 lb-ft of torque. We’re not sure if a 16-year-old really needs all that power, but rich people have different lifestyles.

Justin Dior Combs is an actor and American footballer. It would be rude to say that he is known as being the son of the multi-millionaire P Diddy because he did make a name for himself. However, that did not stop another rapper daddy from gifting his son a Mercedes-Maybach for his 16th birthday. Yes, if you are turning 16 and the son/daughter of a rich rapper, consider yourself very lucky.

Another famous surname and you must have already guessed whose son he is. Shaquille O’Neal, popularly known as Shaq, a former professional basketball player is known to everybody for his extravaganza. When his son turned 16, he threw a huge birthday party (it must be amazing to be a celebrity’s kid and waiting for your 16th birthday).

Not only did he invite famous rappers and other celebrities to perform at the event, but he also gifted his son a Lamborghini Gallardo, the most successful and most famous Lamborghini ever. Great choice by Shaquille to gift a legendary car to his own, one that is powered by a 5.2L V10 and churns out an incredible 562 horsepower and 398 lb-ft of torque.