Amazingly, the great Clint Eastwood will be 90 years old this year, but there’s little sign of his film-making career – now well into its seventh decade – slowing down. It’s only a year since his last on-screen performance in The Mule, and now he’s back again, this time behind the camera as the director of Richard Jewell.

As an actor, he’s always believed that less is more (sometimes a lot less), and it’s refreshing to see him bring the same pared-down approach to directing here, especially as he’s retelling a true story that is almost 25 years old now and certainly won’t be particularly well known to British audiences.

With a terrific supporting turn from Sam Rockwell as Richard Jewell’s fearless lawyer Watson Bryant (above), it’s a surprisingly powerful and watchable film

But the theme it explores – that of the innocent bystander prematurely and wrongly accused of a crime just because he seems a bit odd – certainly will.

Here, that bystander is the title character, Richard Jewell, wonderfully well played by the little-known character actor Paul Walter Hauser. From the minute we first meet Jewell, we feel we know him – or someone very like him.

He’s the tedious jobsworth who dreamed of becoming one thing, but when that didn’t work out brought all his fastidious nit-picking to whatever was second best. In Jewell’s case he’s a would-be cop who, largely thanks to his considerable physical bulk and perhaps because, at the age of 33, he still lives with his mother, has settled for being a security guard… just as the Olympic Games come to Atlanta in 1996. 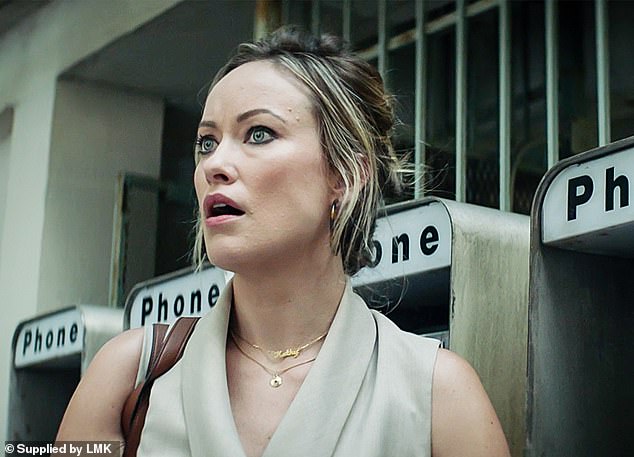 It is disappointing to see long-dead newspaper reporter Kathy Scruggs (Olivia Wilde, above) posthumously accused of trading sex for a story when she’s not around to defend herself

His core beliefs – delivered with a slow, dead-eyed conviction – are in ‘protecting people’ and ‘law enforcement’, which he puts into practice with an often irritating zeal.

When someone plants a pipe bomb in the Olympic Park, his big moment comes. Suddenly he’s a hero… for about a day and a half.

As a film-maker, Eastwood pins his faith on three core elements: great acting, a well-structured script and the hardly revolutionary but these days certainly novel idea of beginning at the beginning and ending at the end. 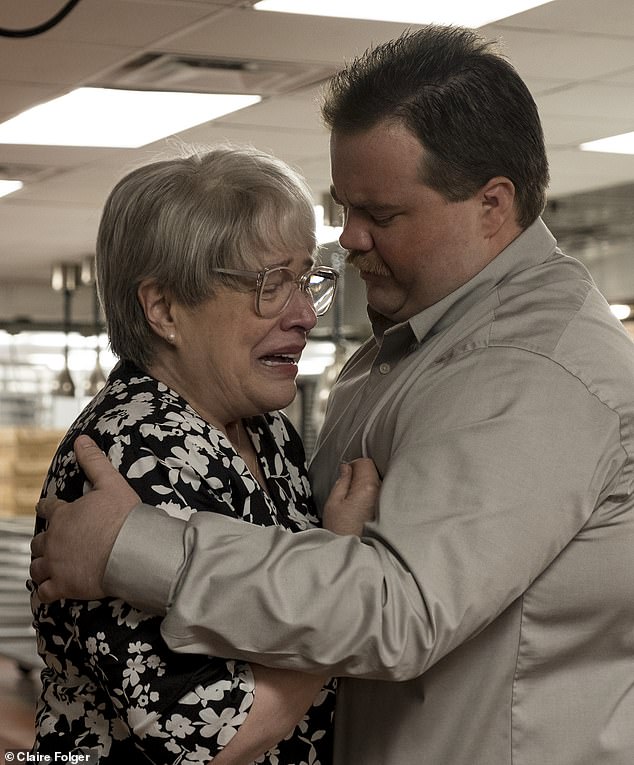 They come together so effectively here, resulting in that rare thing – a film that actually gets better as it goes along, as both the scale of the injustice and the blinkered prejudice become clearer.

One particular scene of heightened emotion may have secured a Best Supporting Actress Oscar nomination for the undeniably good Kathy Bates as Jewell’s mother, but it’s Hauser who surely deserves the real accolades.

He’s brilliantly convincing as a man whose single-minded devotion to law and order leaves him with no sense of the trouble he suddenly finds himself in and often makes him his own worst enemy.

It is disappointing to see long-dead newspaper reporter Kathy Scruggs posthumously accused of trading sex for a story when she’s not around to defend herself, but with a terrific supporting turn from Sam Rockwell as Jewell’s fearless lawyer and Jon Hamm cast usefully against type as the misguided face of the FBI, it’s one of the few flaws in an otherwise surprisingly powerful and watchable film.

Yup, Clint is definitely still in the game.

A Beautiful Day In The Neighborhood (PG)

There’s a real danger that British audiences will find Tom Hanks’s new film too American to bother with. Which would be a shame as he gives one of the performances of his career as the children’s TV presenter Fred Rogers.

Fred who, I hear you cry? Mister Rogers, as he was known to millions of American children, was their equivalent of Play School’s Brian Cant. Only he was more earnest, more sincere, more religious, and fonder of a cardigan and tie.

Hanks does a brilliant job not just of replicating Rogers’s slow and quiet manner but also of reproducing his decency and goodness. Ah, you will all be thinking, but could he possibly be the paragon of virtue he appears? 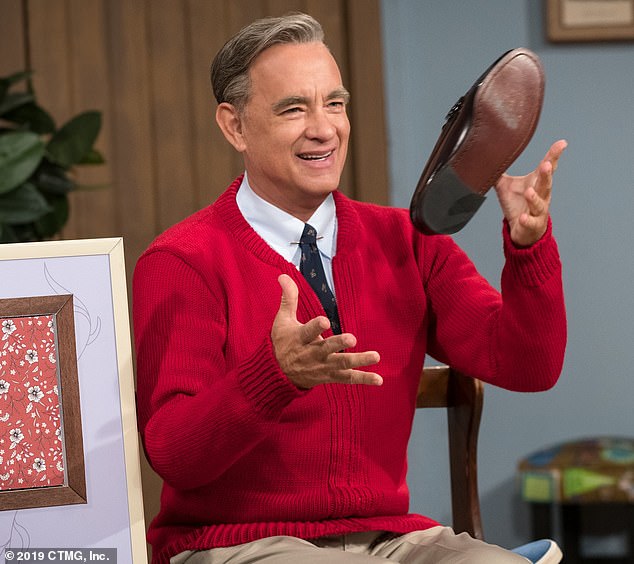 That’s what journalist Lloyd Vogel – played by Matthew Rhys – sets out to discover and duly becomes the focus of this quietly moving film that has rightly earned Hanks an Oscar nomination (albeit bizarrely for Best Supporting Actor).

Watch out for the scene when an entire subway carriage launches into the theme tune that provides the film with its title. All a bit strange, but rather lovely too.

Someone clearly thinks Blake Lively should be a bigger star than she is – a view I shared until I caught up with this clumsily misfiring thriller. Lively really couldn’t be more unconvincing as Stephanie Patrick, a young British woman who goes to the bad side – prostitution, drugs, terrible hair – after her entire family are killed by a terrorist bomb.

But she gets the chance for both redemption and revenge when she is rescued by ex-MI6 agent Boyd (Jude Law) and begins training as an assassin. But Hanna, the title role from a very similar film that Saoirse Ronan made when she was 16, she is not.

It gets worse, I’m afraid…

This is not a film that hangs about. A good-looking couple are on a first date – she’s a lawyer, he’s keener than she is. The date isn’t a great success, but as he drives her home they are pulled over by a lone policeman.

He’s an angry racist and soon pulls out his gun, but when he shoots and wounds Queen (Jodie Turner-Smith), Slim (Daniel Kaluuya) shoots him. Dead. Suddenly they’re wanted criminals and on the run. 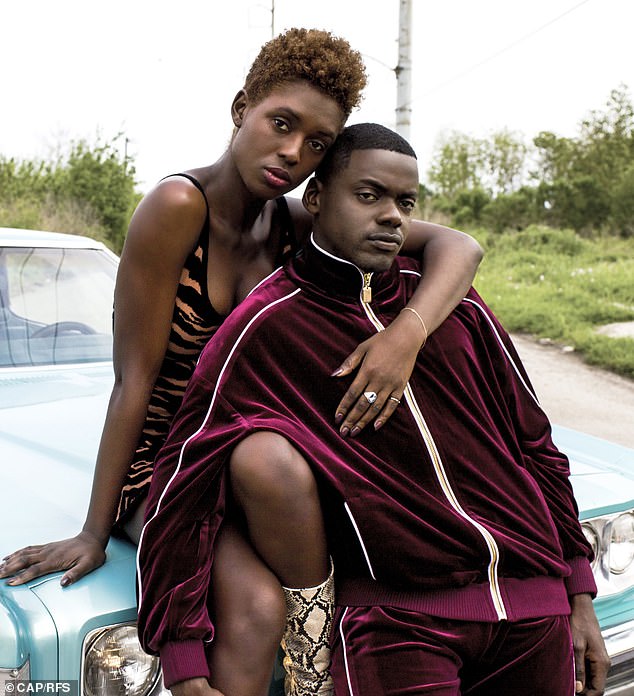 Daniel Kaluuya is great, Jodie Turner-Smith even better, and while one shocking incident doesn’t quite earn its place, the rest is an angry, powerful and surprisingly sexy delight

Kaluuya is great, Turner-Smith even better, and while one shocking incident doesn’t quite earn its place, the rest is an angry, powerful and surprisingly sexy delight.

This is being given a big marketing push, presumably because Robert Pattinson is in it and director Robert Eggers’s last film, The Witch, was a small-scale success. But what you really need to know about this exploration of madness, mermaids and marine isolation is that it’s in black and white, shot in an old-fashioned upright ratio (like an old TV set) and not nearly as clever as it thinks it is.

The Man Who Killed Don Quixote (15)

A week after the sad death of Terry Jones, it’s cheering to see fellow Python Terry Gilliam finally unveiling the Don Quixote project that has been 25 years in the making.