Roger Federer overcame Marin Cilic in five sets on Sunday to win the Australian Open, much to the delight of his huge following across the world.

The 36-year-old, who claimed a remarkable 20th Grand Slam title in Melbourne, was hugely lauded on social media by some of the top sports stars around the globe following his latest success.

The likes of Eugenie Bouchard, Rio Ferdinand and Mesut Ozil were among the stars to lead the tributes to one of the greatest sportsman of all time.

Andrew Castle had some special words to give the Swiss athlete following his latest success. The 54-year-old said: ‘Federer is the 1st man to win 20 Grand Slam Singles titles. Really can’t imagine there is a greater sportsman than him.

‘Only Court, Williams and Graf have won more Majors. Cilic was magnificent, especially after the disappointment of his Wimbledon Final.’

Meanwhile, former Manchester United and England defender Ferdinand posted a couple of throwback pictures on Twitter of him chilling with Federer, while joking: ‘The coolest, most talented, most driven person to ever pick up a tennis racket. 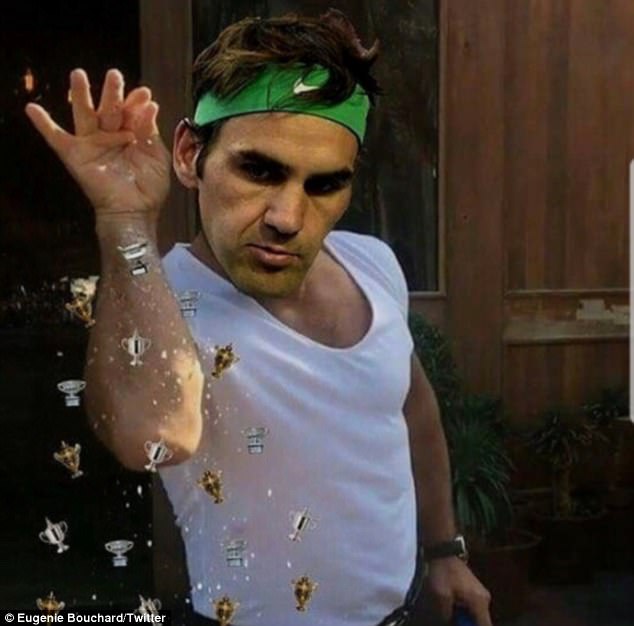 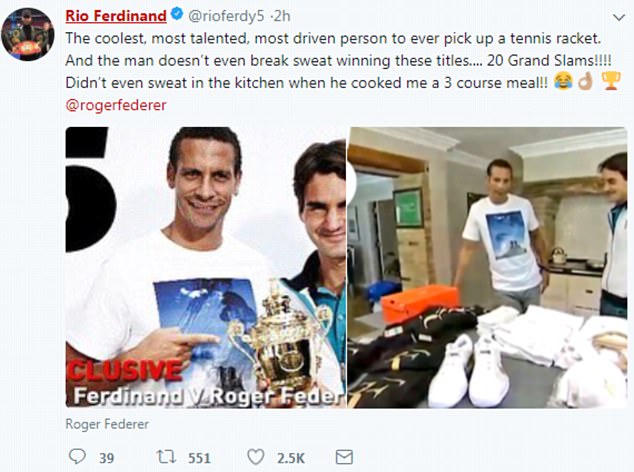 ‘And the man doesn’t even break sweat winning these titles…. 20 Grand Slams!!!! Didn’t even sweat in the kitchen when he cooked me a 3 course meal!!’

Praise kept flooding in for Federer on social media, with Brighton goalkeeper Mathew Ryan writing on Twitter: ‘Congratulations Roger Federer on yet another grand slam.

‘Number 20, a truly remarkable feat. An inspiration to us all with the way you conduct yourself on and off the court. A legacy which should be followed by all.’

Cricket stars even got involved in showing their admiration for Federer. India’s Rohit Sharma said: ’20 grand slam titles, but watching him play it seems like he’s fighting for his first one. The humility and intensity hasn’t diminished at all. Inspirational #GOAT.’

And Yuvraj Singh got in the act, writing: ’20th grand slam for the champion Roger Federer and icon of self belief! This legend is seriously inspirational, keep going Roger!’

Federer was bombarded with plenty of congratulatory messages on Sunday and it doesn’t appear this will stop any time soon after the tennis great made even more history.