Riverdale star Madelaine Petsch is putting her time away from set to good use by educating women and girls on the importance of birth control – and the desperate need for the ‘taboo’ topic to become a ‘normal’ part of everyday conversations.

The 25-year-old actress – who is currently living in Los Angeles after filming for the CW show was put on hold amid the coronavirus pandemic – fronts a new campaign for birth control pill Lo Loestrin Fe, through which she is encouraging women to overcome all awkwardness and embarrassment when it comes to chatting about their options.

Speaking to DailyMail.com, Madelaine opened up about her own experiences with birth control, praising her mother for helping her to feel so comfortable talking about the often-‘awkward’ topic. 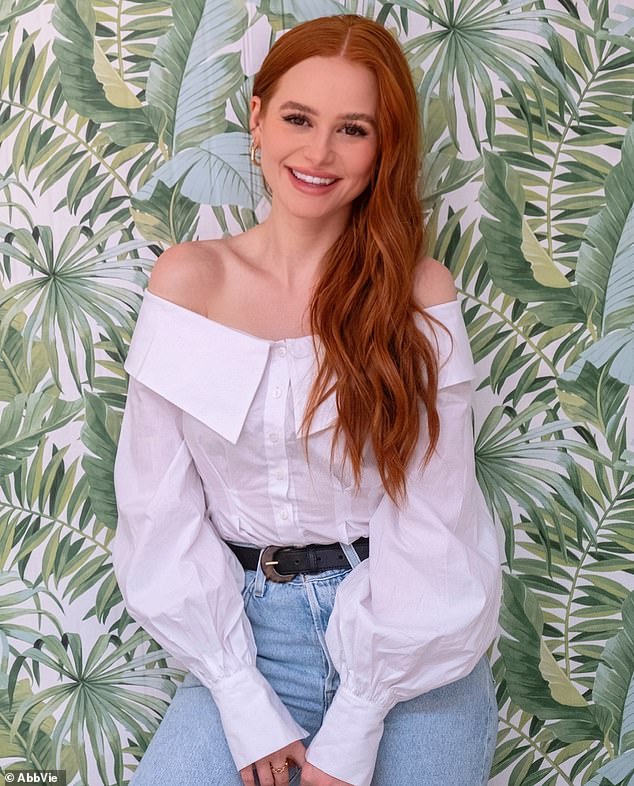 Taking a stand: The 25-year-old actress insists that discussions about birth control and reproductive health should be as ‘normalized’ as conversations about food allergies and diet

‘I was very lucky to be raised in a family where no topic of conversation was off the table so I think that put me in a realm where it doesn’t feel uncomfortable for me,’ she explained.

‘It shouldn’t be this big secretive topic and I think I got that mentality from my mom who made it so open and comfortable to talk about. It was never something that we couldn’t speak about openly.’

But Madelaine admits that she is in the minority even within her own friendship group as far as being open about her birth control choices, noting that even her closest pals don’t feel overly comfortable about discussing reproductive health.

‘I think that I look in my friend group and it is still kind of an awkward conversation,’ the TV star said.

‘There are friends who have been my friend for seven years where after I started this campaign, I was like, “Hmm, I wonder what are they doing for their reproductive health?” I don’t actually know.

‘And it should be just as simple as, “Oh I know their food allergies. Oh I know what their favorite food is.”‘

Through her new campaign for AbbVie, the company behind Lo Loestrin Fe, Madelaine hopes to change the way that women view birth control and reproductive health – explaining that she wants the topics to become just as ‘normalized’ within society as food allergies and diet. 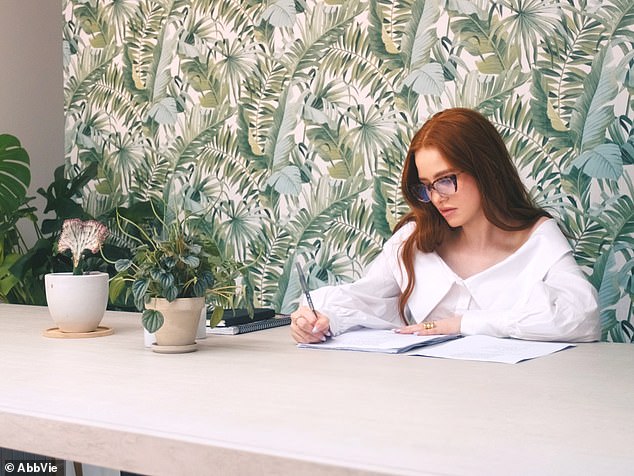 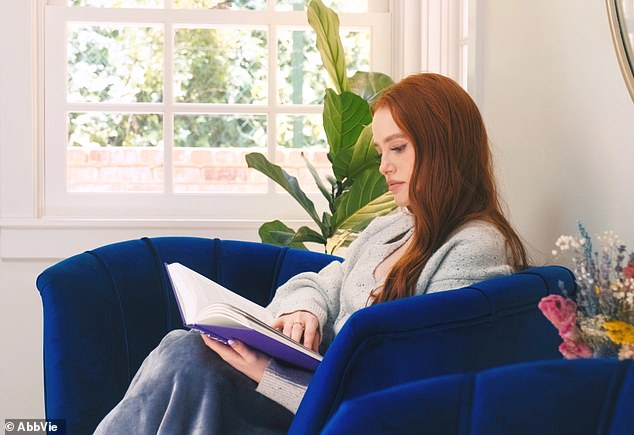 Learning: Speaking about her own experiences with birth control, Madelaine said she’s always felt open about embracing the ‘awkward’ topics – praising her mom for helping with that

‘I think that reproductive health and birth control and options in that category should be as normalized to talk about as your food allergies, as your diet, as exercising, I think that it should be part of daily conversations because it is part of your health,’ she said. 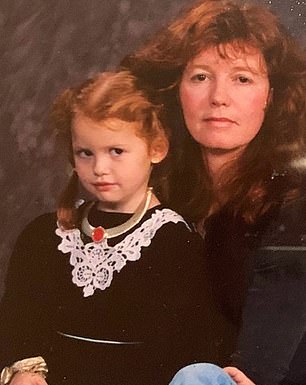 Helping hand: Madelaine, pictured as a child with her mom Michele, praised the matriarch for raising her in a family ‘where no topic of conversation was off the table’

However that doesn’t mean that the Riverdale star – who plays feisty and often-frosty character Cheryl Blossom on the show – doesn’t still experience nervousness when it comes to being so open about the topics, especially because they are still considered so taboo by society.

‘I think anything that could be considered a taboo topic will bring that fear into your head in some capacity,’ Madelaine shared, adding that she was ‘a little nervous’ when she was first approached to work on the birth control campaign, admitting that she was worried about how people might feel about.

‘But then I was like, you know what, F that,’ she continued. ‘That’s not how this works. This is what I believe in, we should be spreading this message. I am a woman who should be able to talk about this as a woman and it should not be something awkward and weird.’

In fact, Madelaine says her feelings of fear about taking part in the campaign actually ended up being her greatest motivator, explaining: ‘Something I’ve always looked for is for the things that scare me to be the things that I embrace the most. 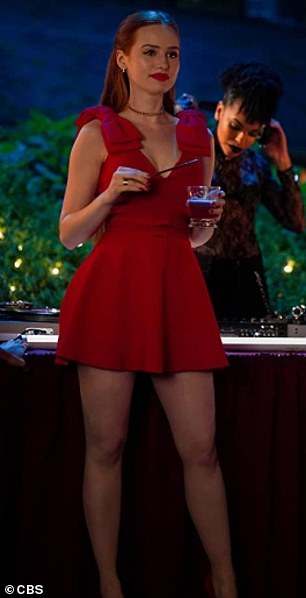 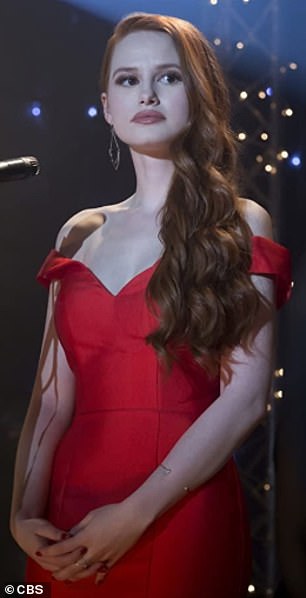 Superstar: The actress has shot to global fame while starring as the feisty Cheryl Blossom in CW hit Riverdale 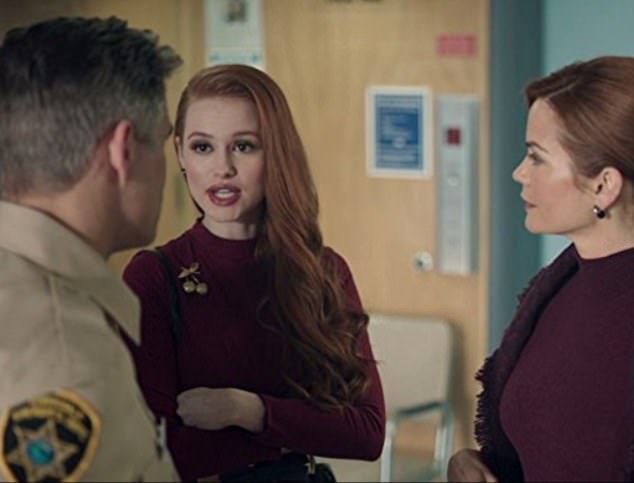 Taking a break: Filming on the series was shut down in March amid the coronavirus pandemic and Madelaine has been quarantining in Los Angeles until it starts up again

‘And this is something where it’s like, it shouldn’t. It shouldn’t be scary to talk about. It should be super normal and open. And so that’s why this was important to me.’

The red-headed starlet displayed that same sense of conviction earlier this week when she spoke out to defend her pregnant co-star Vanessa Morgan against online trolls who were making cruel comments about her ongoing divorce from Chicago White Sox pitcher Michael Kopech.

After the news about Vanessa’s pregnancy broke days before it was revealed that her husband had filed for divorce, the mother-to-be’s Instagram was flooded with mean comments about the status of her relationship – that is until Madelaine stepped in.

‘Honestly if I see one more comment like this I’ll lose it,’ she replied to one commenter, adding: ‘Vanessa is a beautiful mother to be and the hate and disrespect I’m seeing on this post about her bringing a new life into this world is disgusting.’

Having happily spoken out to protect her co-star and close friend, Madelaine is now using her platform to advocate for women across the country, urging them to educate themselves about their birth control options and to share that message with others.

‘Starting these conversations is the first step… [to combating] societal constructs and the idea of women not really talking about sex or reproductive health, and it being a weird thing to talk about,’ she said. ‘And that’s why we’re trying to break barriers with this campaign.’ 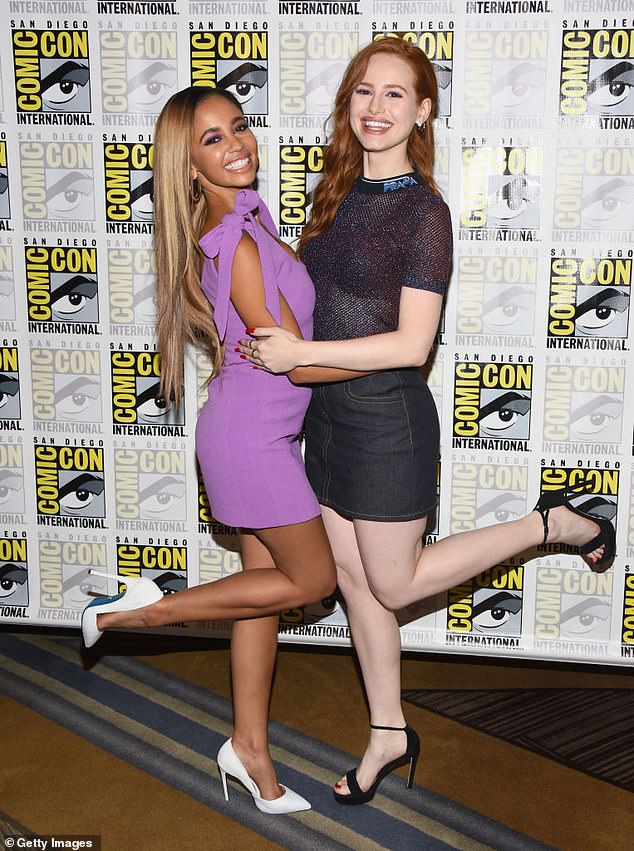 ‘Disgusting’: Madelaine hit back at commenters making cruel comments about Vanessa’s ongoing divorce from baseball player Michael Kopech who is the father of her child

Madelaine also spoke specifically to parents of young girls, noting that it is just as important for them to ensure that they are able to offer their daughters advice – or a safe place that they can go to discuss their options.

‘I think when you’re a parent of a young girl it is incredibly important to take the matter on and do the research so that you can provide them with all the options available.

‘And if you can’t, or you don’t know the options, take them to an informed OBGYN who can help them find the right form of birth control for themselves. Or maybe it’s not right for you, and that’s totally fine but at least do the research and open that conversation up.’

While the topic of birth control has always been a hot-button issue in the US, Madelaine’s new campaign comes at a time when education about contraception has become all the more important.

Her new partnership with AbbVie debuted just weeks after the Supreme Court ruled in favor of allowing a Trump administration rollback of an Obamacare contraception mandate, which allows employers who cite a religious or moral objection to opt out of covering birth control for staff.