A man was shot in the neck, by what appears to be a flare gun, as he confronted a driver on the Warsaw Highway in the Russian capital of Moscow.

Footage released on Twitter, showed a man, named in local media as 30-year-old Spartak Ognessian, run up to a dark-coloured sedan in what appears to be a moment of road rage.

As he reaches the driver’s window a smokey, bright-red flash appears to shoot out and hit him in the neck.

The car drives off, with Mr Ognessian managing to hold on for a few seconds before he falls away clutching at his now burning neck.

He can be seen stumbling around for a few seconds as the flare continues to spark, before a woman rushes to his aid.

Footage released on Twitter, showed Spartak Ognessian running up to a dark-coloured sedan in what appears to be a moment of road rage when he is shot 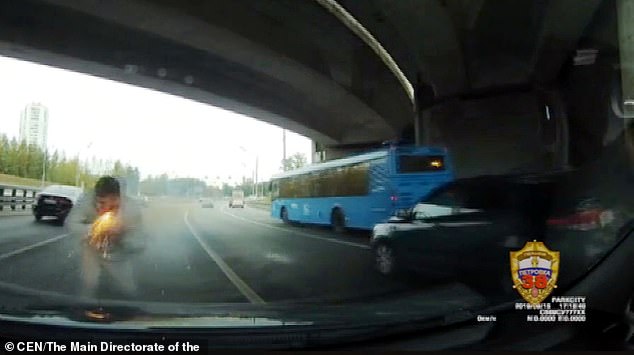 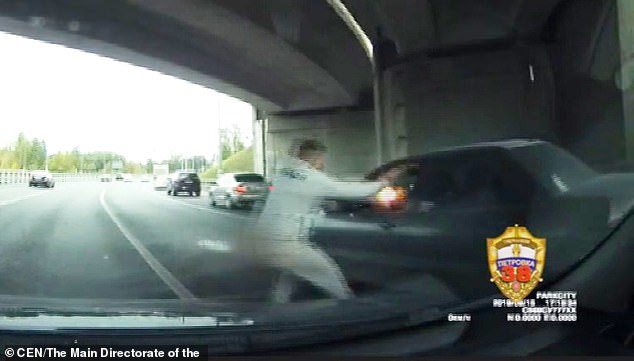 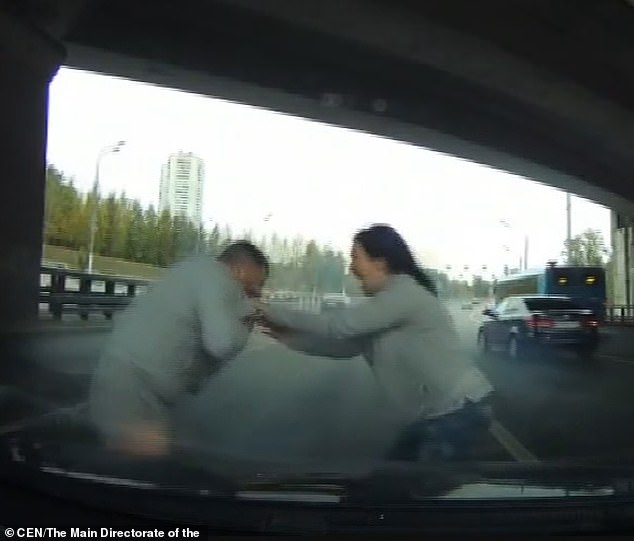 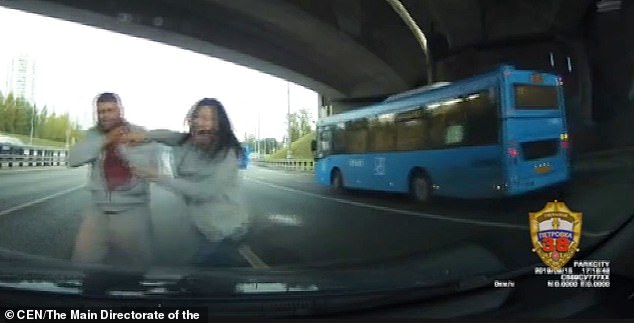 The Russian Ministry of Internal Affairs in the Northern Butovo of Moscow confirmed the incident in a statement on Wednesday afternoon.

It said said a woman had reported her friend was shot in the neck during a ‘traffic conflict’ on the highway.

Officers subsequently started an investigation and have detained a 32-year old Moscow resident on ‘hooliganism’ charges. A weapon was also seized and is currently being examined.

The man who was shot is being treated in hospital, and is said to be in intensive care.

Officials have not released any further details as to what the weapon is, but a local media outlet has speculated it may have been a flare gun.