Rodney Goldie Atkinson, Brothers 4 Life enforcer, up to no good

A feared bikie enforcer who claimed to have turned his life around is back in jail – where he has already allegedly assaulted an inmate so badly he put him in hospital.

But the standover man turned UFC fighter and workout supplements salesman was thrown back behind bars after pleading guilty to drug and firearm offences late last year.

And police claim the muscular brute, 37 – infamous for stomping on the head of a ‘granny killer’ during a previous jail stint – has once again brutally attacked another inmate.

Rodney ‘Goldie’ Atkinson (seen with long term girlfriend Amanda Swan) claimed he was turning his life around. He uploaded a photo to Instagram last year describing himself as the ‘face of change’ – but is now back behind bars accused of allegedly assaulting prison inmates 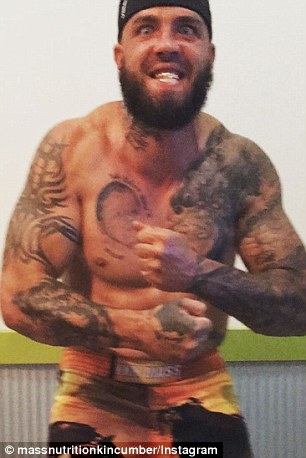 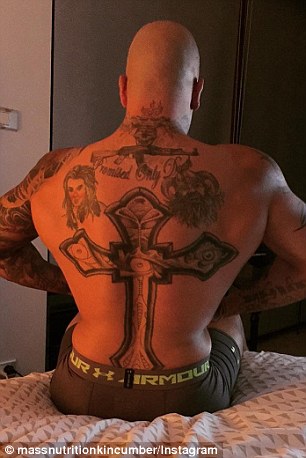 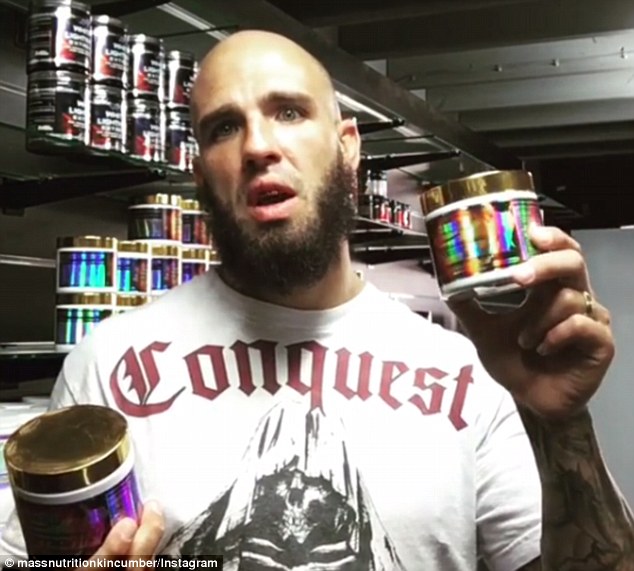 Cops were called to Silverwater prison on January 8, 2018, after receiving reports of an alleged assault involving two men, a NSW Police spokeswoman said.

Police allege Atkinson hurt the younger man, 25, so badly he had to be rushed to Westmead Hospital for treatment.

Officers were quick to seize an opportunity to keep Atkinson in jail for longer – charging him with assault occasioning bodily harm and common assault.

About five years ago, Atkinson freely admitted savagely beating and stomping on the head of tradesman Tony Halloun when they served a stint in Goulburn jail together.

Halloun had been charged with the murder of a 65-year-old grandmother on Sydney’s north shore. He was accused of bludgeoning her to death.

Atkinson claimed he heard Halloun bragging about his sick crime.

It was years before Halloun’s case went to trial to determine his guilt or innocence (he was found guilty) but that didn’t stop Atkinson from doling out prison ‘justice’. 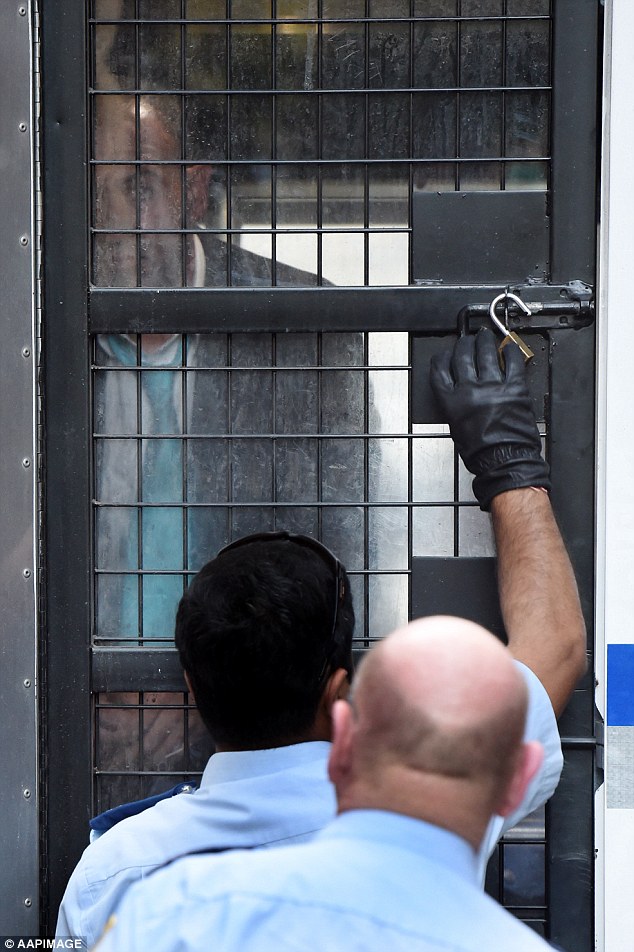 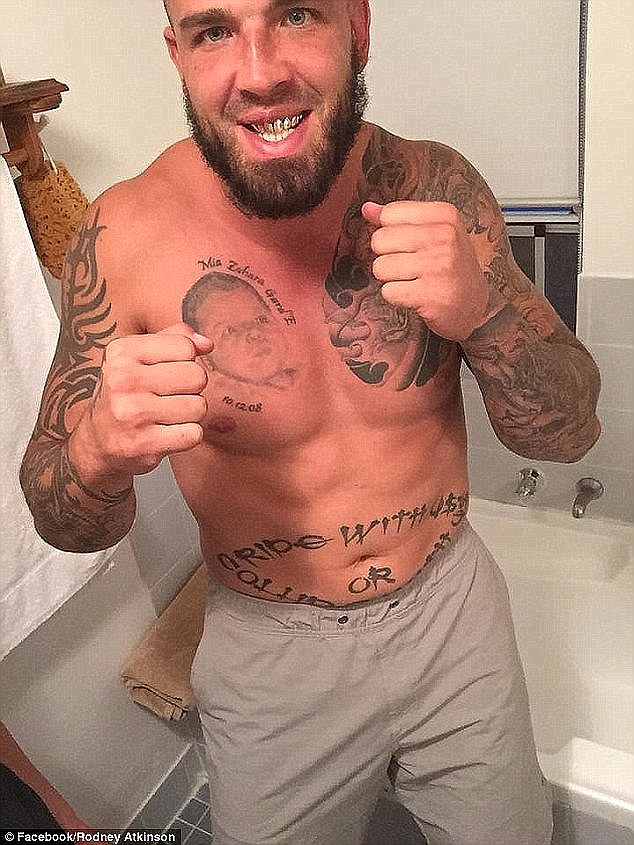 In recent years, the man described as a ‘heavily tattooed giant’ revealed he had committed himself to becoming a UFC fighter

He told Seven’s Sunday Night program last March that he would do it again and that stomping someone’s head was like ‘kicking a soccer ball’.

During the same interview, Atkinson claimed he had turned a new leaf.

His old job doing the dirty work of the lords of the underworld, including the country’s most dangerous prisoner Bassam Hamzy, was ‘absolute s***’, he claimed.

‘One bloke sits there and gets rich, and all the rest are just soldiers,’ he told the Seven Network. 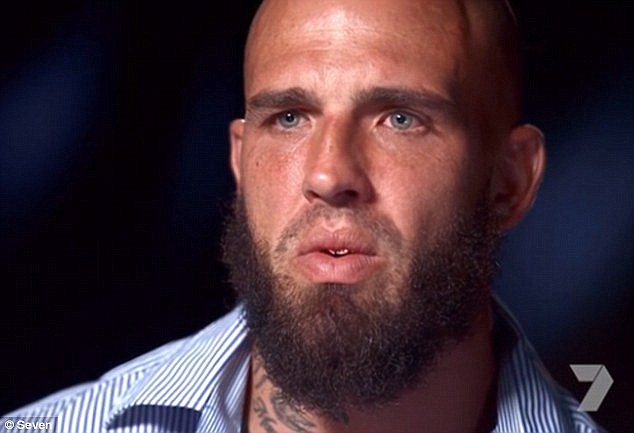 In an interview with the Seven Network, Rodney Atkinson said working as a bikie enforcer was ‘absolute s***’ 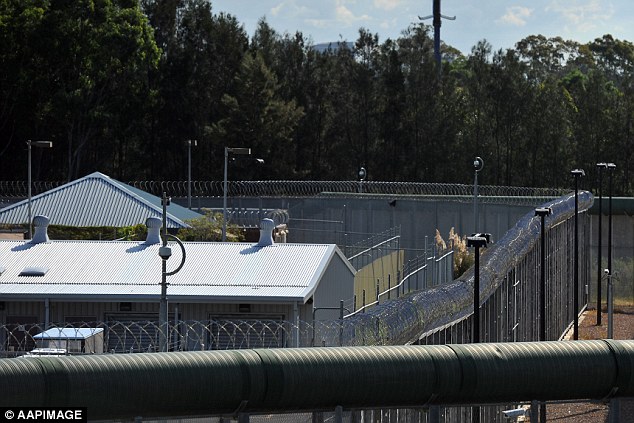 Silverwater jail: Atkinson was behind bars at the Sydney prison when police allege he bashed another inmate, 25, resulting in the victim being taken to hospital 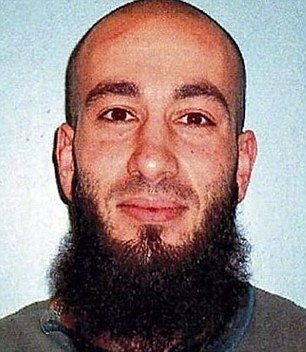 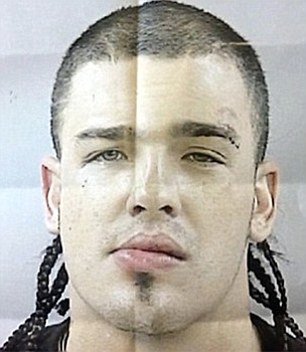 Prison mugshots: Brothers 4 Life founder Bassam Hamzy, who is dubbed an ‘extreme high risk’ inmate (left). Atkinson (right) is seen before spending much of his adult life behind bars

‘They go in and out of jail and when they’re used up, they’ll find someone else.’

Atkinson was charged with five counts of possessing a prohibited drug (steroids) by the bikie-busting Strike Force Raptor on December 22.

Court records said he pleaded guilty to all charges.

The assault that has him in his latest bout of trouble occurred in Silverwater jail occurred about a fortnight later, police allege.