The operators of a rollercoaster that ploughed into Melbourne woman Shylah Rodden could still be charged by the safety watchdog – even if she was intoxicated when she walked on the tracks.

Ms Rodden faces years of rehabilitation after suffering a massive brain injury when she was flung nine metres into the air by the fast-moving ride while trying to retrieve a dropped phone at the Melbourne Royal Show on September 24.

While the results of Shylah’s toxicology report from the time of the accident have never been made public, police sources suggested she may have been under the influence of some form of medication. 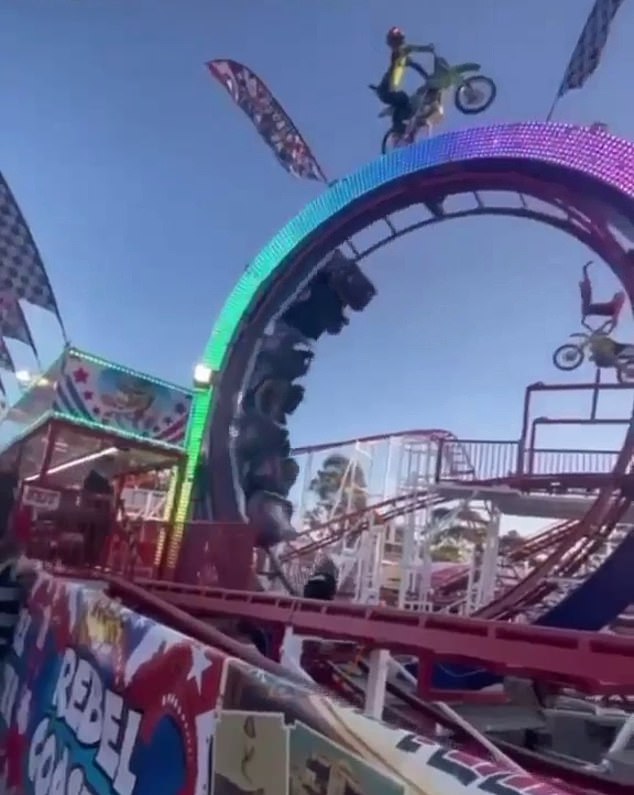 On the day she was struck by the rollercoaster, Shylah had been working at a friend’s stall at the Melbourne Royal Show.

The pair had been on a break when they decided to go on a few rides to kill time.

It is understood Shylah dropped her phone while on the rollercoaster and police believe she walked onto the tracks of the high-speed ride to retrieve the device.

Shocking footage released via a tasteless TikTok video showed the moment of impact.

Government sources told Daily Mail Australia this week that whatever drove Shylah to jump onto the tracks was not a concern of the safety watchdog.

It is understood WorkSafe is investigating what the ride’s operators were doing when Shylah made her way onto the tracks.

‘Her toxicity levels are not relevant to the investigation into whether the duty holder was doing everything reasonably practicable to provide a safe and healthy workplace,’ a source told Daily Mail Australia.

A WorkSafe inspection concluded that The Rebel Coaster was ‘safe’ to re-open just days after the accident, allowing operators to re-open the ride to the public. 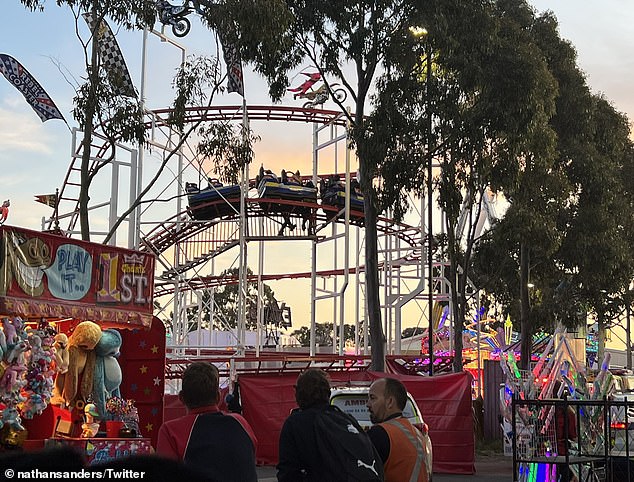 The move was slammed at the time by Shylah’s family, who branded it ‘shameful’.

A Melbourne Royal Show spokeswoman told Daily Mail Australia at the time that WorkSafe had declared the ride was safe to be re-opened.

‘The safety and well-being of our visitors to the show continues to be our number one priority,’ she said in a statement.

‘Strict safety protocols are upheld in line with Victorian WorkSafe regulations. All rides on site have undergone stringent compliance inspections and have passed all the required safety documentation.’ 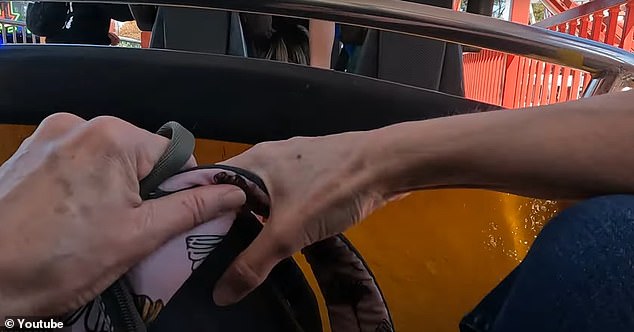 Daily Mail Australia asked organisers to reveal what, if any, new procedures, requirements or improvement notices the safety watchdog issued.

Video obtained by Daily Mail Australia showed passengers clearly hanging onto their possessions while riding the rollercoaster, which travels completely upside down.

Access to the tracks also appeared to be restricted by a short fence.

Daily Mail Australia contacted WorkSafe for comment, but had not received a response at time of publication.

It was revealed this week that Shylah’s condition has now been reclassified as stable.

The 26-year old had been in a medically induced coma at the Royal Melbourne Hospital since the accident.

While the hospital has reclassified Shylah’s status, her devastated family told Daily Mail Australia on Thursday they were still seriously concerned about her situation. 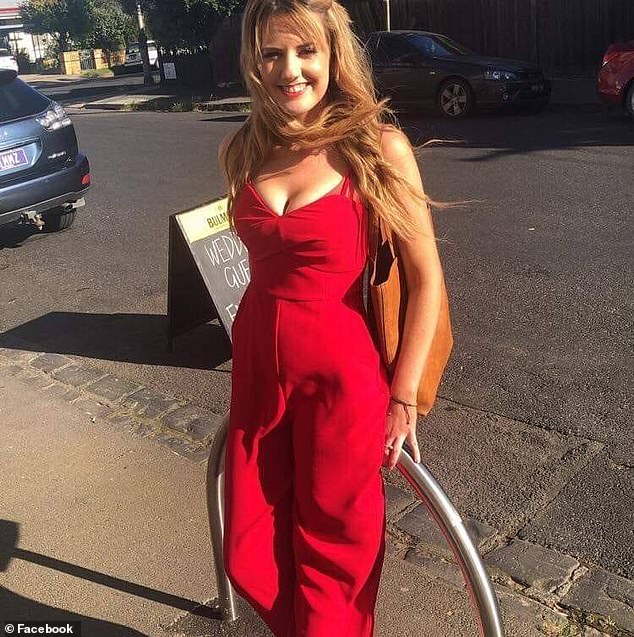 A  GoFundMe fundraiser established to help with her recovery has now raised more than $20,000.

While Shylah’s condition has been steadily on the improve, with her status downgraded from critical to serious on October 11, the true extent of her injuries remain unknown.

The prospects of her having a normal life again are slim to impossible, and there are  fears she may never be able to speak.

A friend in close contact with Shylah and her family told Daily Mail Australia the money raised from the fundraiser would go toward helping Shylah’s long road to recovery.

‘People are under the impression that this money is just for her family. But people need to know this money is for Shylah’s recovery,’ the friend said.

‘This money will go towards her therapy, her rehabilitation, things they need to change around the house for showering and toilet needs.’

While concerned people from across the globe have contributed to the fundraiser, cruel trolls continue to take pot shots at Shylah over her fateful decision.

On Tuesday, a family member again lashed out at the backlash against Shylah.

‘A majority of them are heartless people who just want to put their two cents in and say nasty things,’ the family member stated. 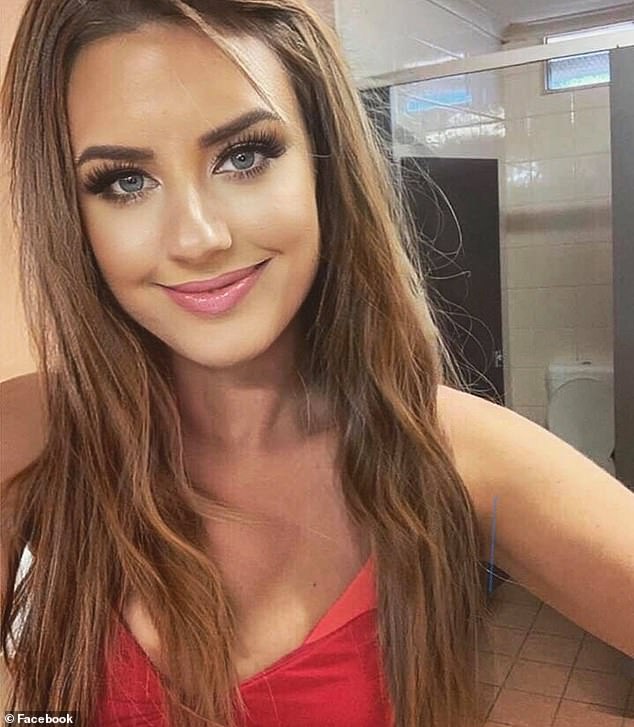 Police revealed the rollercoaster was travelling at 70km/h when she was hit.

On Tuesday, it was revealed fairground veteran Brendan Mogler was so badly shaken by the memory of the accident he quit the carnival business after a lifetime of working on rides.

Mr Mogler says those who witnessed the accident – and have had to deal with its devastating aftermath – have had their lives severely impacted by it.

‘What about the emotional damage (done) to all of us staff that were working on the roller coaster that day?’ the distressed father posted on Facebook on Monday.

‘After working on rides and coasters for the past 20 years, I will never work another ride again.’