The last word was mouthed rather than spoken, but Romelu Lukaku didn’t leave any doubt about what he believes Manchester United need in the Nou Camp next week to salvage their Champions League hopes.

‘Taking our chances and not conceding a goal – and play with more heart and b*****ks,’ said the big Belgium striker as he left Old Trafford after a 1-0 defeat to Barcelona on Wednesday night.

The scorer of two opportunist goals at Parc des Princes last month when United staged a miraculous comeback to beat Paris Saint-Germain in the last 16, Lukaku knows what is required in Spain now. 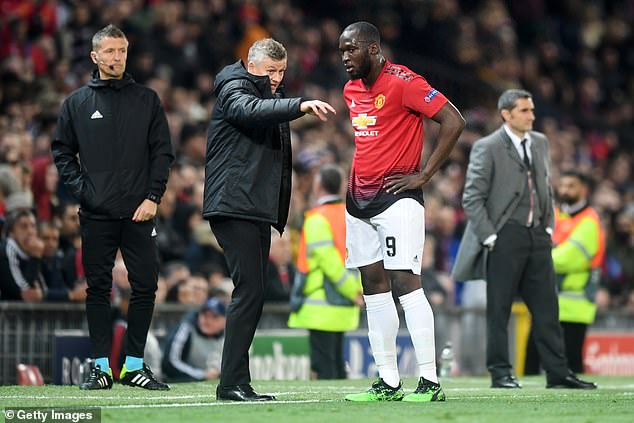 Ole Gunnar Solskjaer’s side will certainly have to be more bold after failing to register a single shot on goal in the first leg of this quarter-final.

‘We just have to improve and do better than we did in Paris,’ added Lukaku.

‘We have to believe and have the desire and more quality than tonight. Then you never know what can happen in football.

‘I don’t think we played with the same arrogance and confidence on the ball.. The first 20 minutes of the second half we were there, but it’s something we have to do for the whole 90 minutes over there.’ 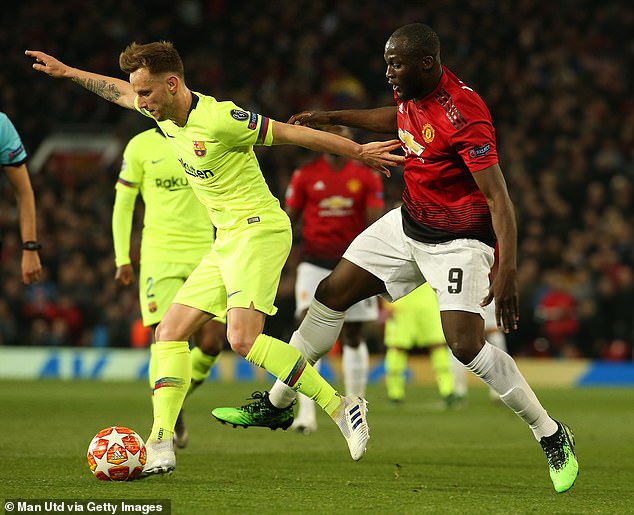 Are a Barca side that haven’t lost at home in Europe for six years beatable?

‘Definitely,’ replied Lukaku. ‘We have to go with the desire, be focused and when the chance comes we have to score.’

Team-mate Paul Pogba also warned it would be wrong to write off United after their heroics in Paris – a performance he believes will be lurking in the minds of Lionel Messi and Co.

‘Yes, for sure, because they will have seen what happened against PSG,’ said Pogba.

‘We still believe. We have to believe because in a Champions League game you play Barcelona away and we know we can hurt them.

‘Of course, we saw a team we can beat. If you don’t believe that then you just let them go through. 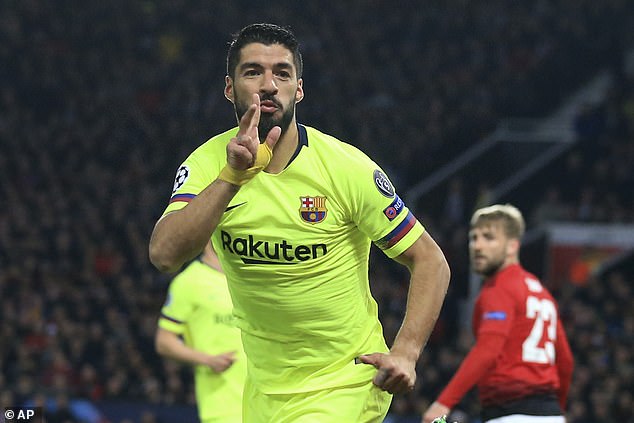 ‘They are Barcelona but we are Manchester United and we believe we can beat them.’

Pogba refused to answer when asked if he would like to face the Catalans more regularly as a Real Madrid player next season.

‘I am not going to respond to this,’ he said. ‘I only talk about the match, not about other things. It’s always a dream to play in the Champions League against a team like Barca. Tonight we lost but next week we have to win.’