Mohammed Imran Ali Akhtar, 37, was found guilty of rape, indecent assaults, procuring a girl under 21 to have sexual intercourse with another and sexual assault

A gang of seven men has been convicted of sexually exploiting vulnerable teenage girls in Rotherham.

One of the victims told a trial at Sheffield Crown Court how she had sex with ‘at least 100 Asian men’ by the time she was 16.

Another girl recounted how she was forced to have an abortion by her parents after she was raped by a number of men in a forest, who bit her and threatened to abandon her if she did not comply.

The girl, who was about 14 at the time, was driven to Sherwood Forest by defendants Kurshid and Yousaf along with a third man, some time between August 2002 and August 2003, the trial heard.

Two of the victims, who were sisters, were ‘vulnerable’ after being ‘effectively abandoned’ by their parents when they were young, the court heard.

The girls were ‘enthralled by older Asian men’ and believed they were ‘loved because they were receiving attention’.

Michelle Colborne QC, prosecuting, said: ‘These sisters, like so many others were easy to exploit because they needed to be loved.’

She told the jury that five of the men, led by Mohammed Imran Akhtar, were friends who were ‘content to pass the girls around’. 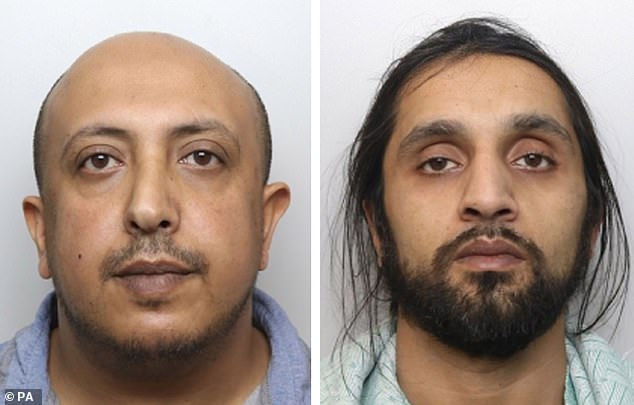 The case is the first major prosecution arising out of Operation Stovewood, the National Crime Agency’s (NCA) inquiry into historical child sexual exploitation in the South Yorkshire town which has identified more than 1,500 victims.

This investigation was set up in the wake of the 2014 Jay Report which laid bare the shocking scale of exploitation in Rotherham between 1997 and 2013 and failure of police and social services to intervene.

The jury in the trial which finished today heard how girls, who are now in their 30s, were ‘lured by the excitement of friendship with older Asian youths’ but then sexually assaulted and passed between men.

Ms Colborne said: ‘When they were in their teens, they were targeted, sexualised and, in some instances, subjected to acts of a degrading and violent nature at the hands of these men who sit in the dock.

‘None of them had the maturity to understand that they were being groomed and exploited.’

The jury of nine men and three women was told how girls were given alcohol and drugs before they were passed between men in the town and ‘believed sex of some kind or other was a necessary price for friendship’.

Miss Colborne said the girl raped in the forest was given cannabis and was ‘high as a kite’ as each defendant took turns in having sex with her.

Ms Colborne said the girl was bitten during the attack, leaving marks on her neck.

The prosecutor said: ‘She became pregnant as a result of the group rape. Her parents forced her to have a termination. She suffered a great deal of psychological trauma as a result.’

Ms Colborne told the jury that the teenager, who is now in her 30s, ‘was passed from one group of Asian males to another and, over time, was very seriously abused’.

The girl reported the matter to South Yorkshire Police, but no-one was prosecuted and Ms Colborne said the victims were ‘frequently in cars stopped by the police but this did not deter the abusers’. 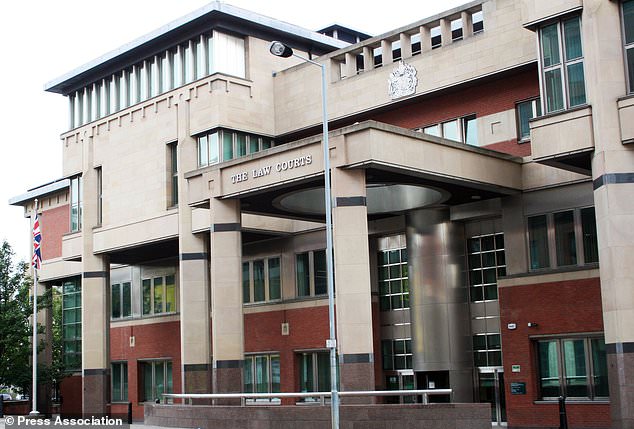 Mohammed Imran Ali Akhtar, 37, was found guilty of one rape, one charge of aiding and abetting rape, three indecent assaults, one charge of procuring a girl under 21 to have unlawful sexual intercourse with another and one sexual assault.

Nabeel Kurshid, 35, was found guilty of two rapes and one indecent assault.

Salah Ahmed El-Hakam, 39, was found guilty of one rape.

Ajmal Rafiq, 39, was acquitted of all charges.

An eighth defendant, who cannot be named, was found guilty of two rapes.

The seven men who were convicted today, who are all from the Rotherham area, were remanded in custody and will be sentenced on November 16.