Roy Keane savages under-fire Chelsea manager Frank Lampard, claiming their transfer ban gave him a ‘free pass’ last season and that he is ‘not going to get much time’ if their struggles continue this time around

Roy Keane has warned Frank Lampard that he is ‘not going to get much time’ if Chelsea’s struggles continue.

Chelsea have won just one of their last five Premier League games going into Sunday’s eagerly-anticipated clash at home to Manchester City.

Manchester United legend Keane stressed that Lampard is under ‘huge pressure’ and has to improve Chelsea’s fortunes quickly if he is to remain in charge. 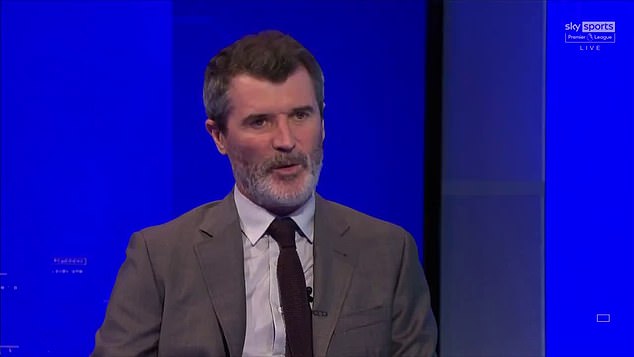 Keane added that the transfer ban imposed on Chelsea ahead of last season meant that Lampard was given a ‘free pass’ in his first campaign as manager.

‘I don’t think Frank’s going to get much time. There’s huge pressure this year, you have to give players time to settle coming from foreign countries.

‘If they win today they go back to top four. Last year he had a free pass, but they’ve spent money and it brings added pressures, no matter who the manager is. Every team has injury problems, he’s got to get ready. When you start questioning work rate and desire, no matter how good a team you are, you’re going to slip up.

‘He’s new to it. He’s 42 years of age. Klopp came from Dortmund and won big prizes over there. He’s up against all these managers – Ancelotti, Mourinho, Guardiola. These guys have got CVs behind them. He won’t get the time Klopp got.’