Shortly after his confirmation as attorney general, Sessions recused himself from what was then a slow-rolling probe into the Kremlin’s interference with the 2016 U.S. presidential election.

Sessions, also a former Trump campaign adviser, said at the time that legal ethics prohibited him from overseeing an investigation in which he might become a witness.

Rudy Giuliani, attorney for President Donald Trump, spoke to reporters Wednesday during the White House Sports and Fitness Day event on the South Lawn, saying the president has no intention of firing Attorney General Jeff Sessions Shortly after his confirmation as attorney general, Sessions recused himself from a DOJ probe into the Kremlin’s interference with the 2016 U.S. presidential election, saying that sinc ehe was a campaign adviser himself, he might be called as a witness 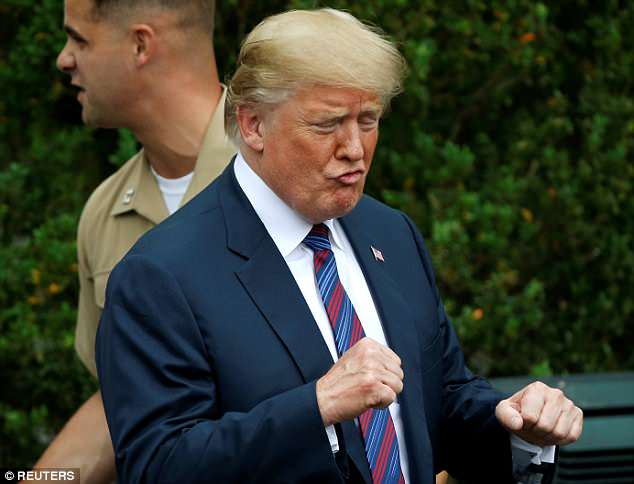 Trump has never gotten over his AG’s decision to hamstring him; the recusal is ‘Jefferson Beauregard Sessions The Third’s original sin,’ a White House official told DailyMail.com

Trump has said both publicly and privately that Sessions should have told him in advance that he wouldn’t be able to oversee the Russia probe.

With Sessions stepping out of the way and FBI Director James Comey fired, Rosenstein appointed Mueller – whose slow moving, secretive investigation has given the president no end of heartburn as it ambles closer to his inner circle.

Giuliani said at the White House on Wednesday that ‘there’s no doubt [Trump] has some grievances’ against Sessions, but ‘he’s not going to fire him before this is over.’

But as music blared behind him – a soundtrack accompanying a sports and fitness field-day at 1600 Pennsylvania Avenue – Giuliani conceded that the president ‘goes back and forth on Jeff.’

He laughed out loud rather than answer a question about whether the president had ever vented about wanting to get rid of his top law enforcer.

‘I decline to answer that,’ Giuliani chuckled. 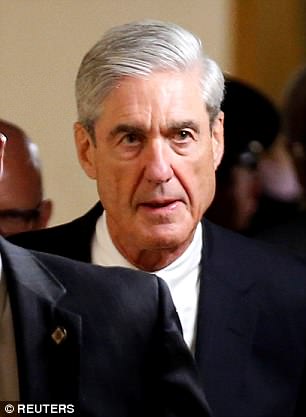 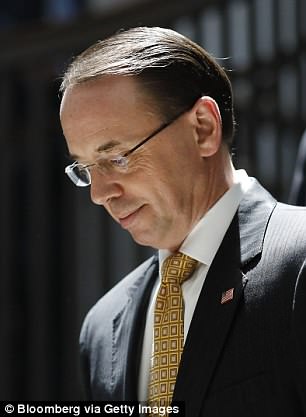 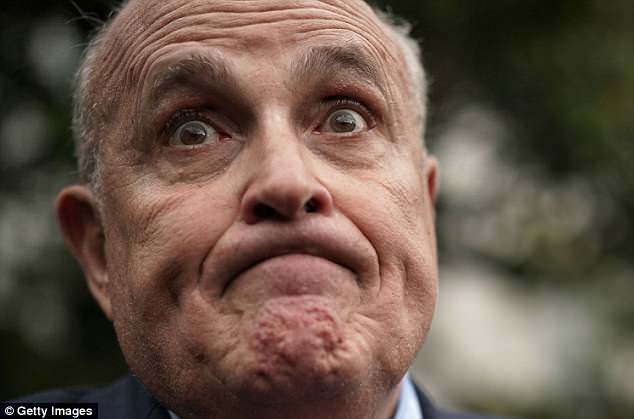 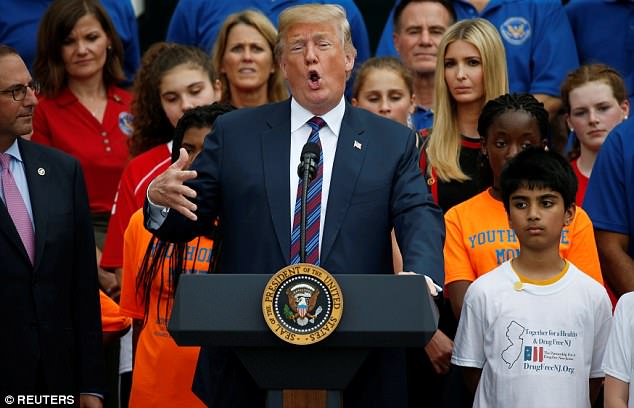 Ultimately, he said, if Sessions felt overwhelmed by the pressure of serving a president who has publicly complained about him, ‘he’d leave.’

Asked if that means Sessions’ job is secure, Giuliani said he wouldn’t go that far.

‘I don’t think anybody in the Cabinet in any administration is ever secure,’ he said. ‘Something totally different could go wrong. But yeah, I don’t think the president is going to touch him, Mueller, or Rosenstein. And I think in the long run it’ll be worked out.’

‘It won’t be [that] he’ll fire him,’ he said of Trump and Sessions. ‘They’re too good friends.’

Their friendship showed signs of strain Wednesday morning when the president tweeted that he wishes he’d picked someone else for the job.

That followed a New York Times report that had Trump pointedly asking Sessions to reverse himself a year ago and re-engage in the Russia probe – something the attorney general refused to do.

The White House hasn’t confirmed that account, but Giuliani said Wednesday that if it were true it would ‘hardly’ constitute a crime or impeachable offense.

‘You’ve got to be able to ask your Cabinet members to do things you think they should do,’ he said generally of U.S. presidents.

‘Even if he commanded him to do it, it wouldn’t be an obstruction of justice.’ 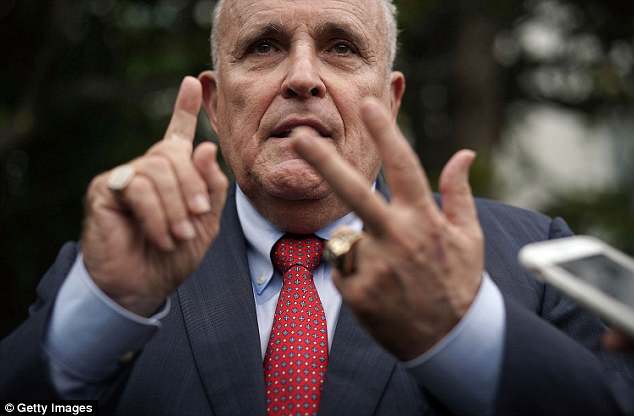 Giuliani, a former New York City mayor, also disclosed Wednesday that he and Trump have been conducting Q-and-A sessions in preparation for what might be a sit-down Mueller interview for the president 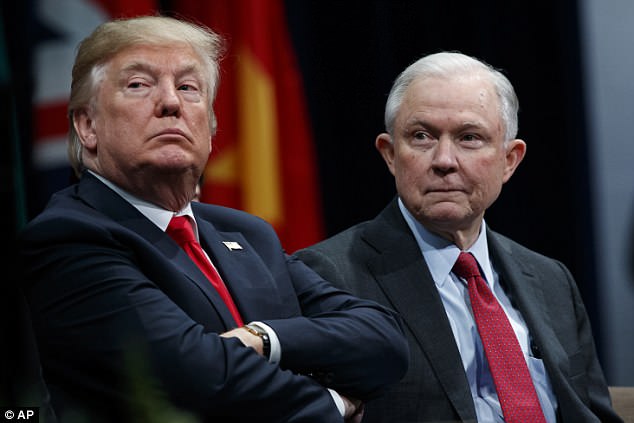 Trump quoted Republican Rep. Trey Gowdy’s explanation of why he’s frustrated with Sessions, and then tweeted that ‘I wish I did’ pick someone else

Giuliani challenged Mueller to wrap up his probe well in advance of the November congressional elections, saying that otherwise he would be ‘clearly doing a Comey.’

That was a reference to Republicans’ complaints that then-FBI director James Comey tried to game the calendar to help Hillary Clinton win the 2016 presidential election despite an ongoing investigation related to her classified email scandal.

He said that ‘people should have an answer’ by late summer about charges that Trump campaign aides colluded with the kremlin, ‘even if they do a – they put together whatever the heck they have, interview or no interview.’

‘By September 1 the public should have an explanation of what Mueller has. I really want that, because I don’t think he has much.’

Giuliani also told NBC News on Wednesday that he and Trump have been preparing for an eventual sit-down with Mueller, engaging in question-and-answer sessions both in person and via telephone.

He said the appointments function as a way ‘to educate me’ about ‘what I can say that’s not privileged’ legally.