Two of Russia’s best-connected oligarchs are going to battle in a London court after one accused the other of an ‘armed takeover’ of a lucrative factory site they jointly owned.

Vladimir Chernukhin, a former finance minister for Vladimir Putin who was later put in charge of a Russian state-owned bank, is going up against Oleg Deripaska, who is also said to be close to the Kremlin and has an estimated worth of £2.5billion.

The pair flooded a court in London yesterday with two teams of more than 20 highly-paid lawyers each, as they battle over at least £74million tied up in a former textile factory site in Moscow. 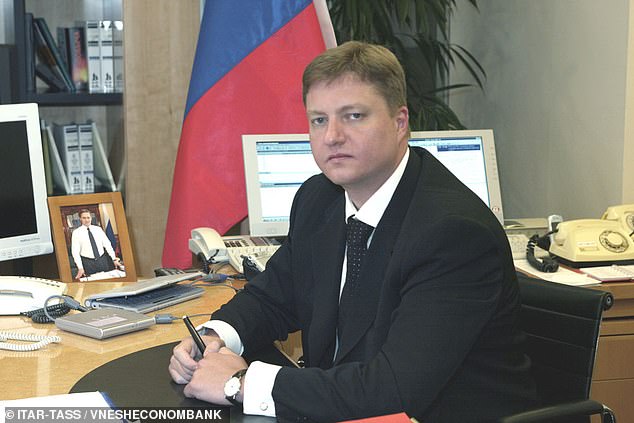 Vladimir Chernukhin, who became head of a Russian state-owned bank after serving as a finance minister in the country, claims Mr Deripaska was behind the ‘armed takeover’ of a firm

The two men jointly invested in the 22-acre site in 2001 but the gloves came off following the 2008 financial crisis.

The case has been made even more complicated by the inclusion of Lolita Danilina, Mr Chernukhin’s former lover.

She claims the former politician failed to offer her a share of his assets when their 17-year relationship ended in 2007.

The big-money legal battle is the latest dispute between rich Russians to hit London’s High Court, which has a worldwide reputation for fairness. 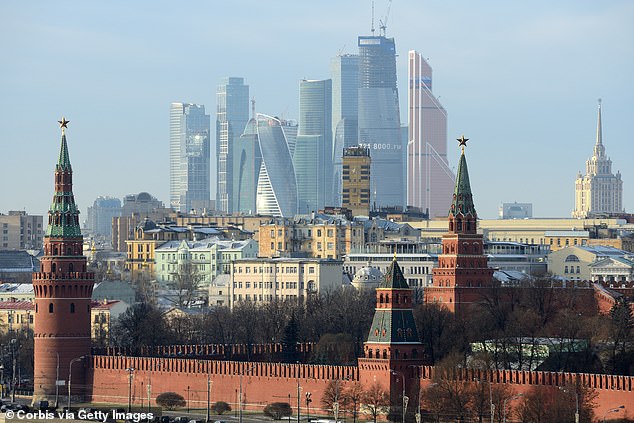 The row centres on a former textile factory in Moscow (whose city centre and business district is pictured in this file photo). The legal battle is being played out in London, where courts have a reputation for fairness

In 2012, Chelsea owner Roman Abramovich fought off a claim for £3billion by oligarch Boris Berezovsky, who was later found dead at his Berkshire mansion.

Mr Deripaska and his energy firm En+ have been subject to sanctions since the Salisbury nerve agent attack in March. He became known in the UK after hosting Lord Mandelson and George Osborne on his yacht in 2008

Mr Chernukin has previously been called a ‘Putin crony’ by critics. His wife, Lubov, has contributed hundreds of thousands of pounds to the Conservative party since 2012, and reportedly gave £160,000 to play tennis with Boris Johnson and David Cameron.