Russia’s opposition leader has told Britain to kick out ‘dozens’ of his country’s officials and oligarchs in a bid to punish the Kremlin in the wake of the nerve agent attack on Sergei Skripal.

Alexei Navalny, who is barred from standing against Vladimir Putin in Sunday’s elections, said such a scenario would be ‘unpleasant’ for the Russian President.

Britain is still considering its options after Sergei Skripal was targeted in an attack in Salisbury that has left him and his daughter in a critical condition.

Navalny said that if Britain concludes Russia was behind the incident, simply barring the Kremlin television station RT or British officials boycotting the World Cup in Russia this summer may end up playing into Putin’s hands.

Russia’s opposition leader, Alexei Navalny (pictured), has told Britain to kick out ‘dozens’ of his country’s officials and oligarchs in a bid to punish the Kremlin in the wake of the nerve agent attack on Sergei Skripal 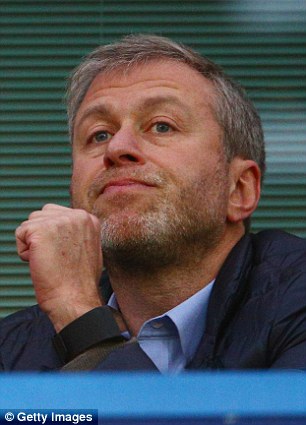 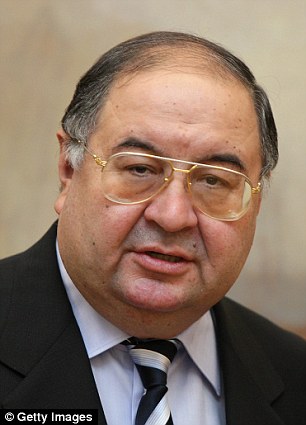 Alexei Navalny, who is barred from standing against Vladimir Putin in Sunday’s elections, said such a scenario would be ‘unpleasant’ for the Russian President. The 41-year-old then suggested three names – Chelsea owner Roman Abramovich (left), Arsenal shareholder Alisher Usmanov (right) and Igor Shuvalov, a deputy prime minister of Russia

He said, however, that there was a scenario that would be ‘unpleasant’ for the Kremlin strongman.

According to The Times, Navalny wrote on the Telegram messaging App: ‘What does Putin want to get out of the British authorities? A ban on broadcasting of RT and representatives of the British leadership not coming to the World Cup.

‘The national team not showing up would also be OK, (as would) dispensing more help to Ukraine, ‘an agreed position with Nato’ and other such rubbish that won’t influence anything but would allow three more seasons of the series, ‘Look how the West is infringing on and disparaging Mother Russia, they are even blocking our television channel while wanting to teach us democracy’.

‘The unpleasant scenario for Putin would be if the English finally chuck out from their country dozens of our officials and oligarchs with their families and money. And here there are three key surnames: Abramovich, Usmanov and Shuvalov.’ 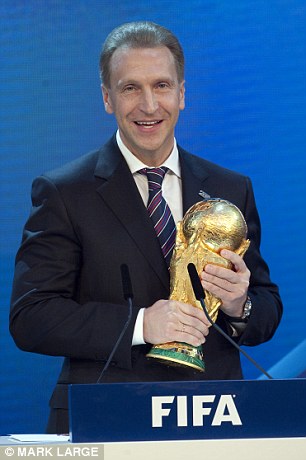 None of the three men he mentioned are accused of any wrongdoing. Representatives for Mr Usmanov have not commented on his remarks, the Times reports. A spokesman for Mr Abramovich’s declined to comment when approached by MailOnline.

Mr Shuvalov has previously declined to comment on his assets in London, but according to The Times, a spokesman said last month: ‘Information about his property has been presented in his official declaration. The fact he was a businessman before he joined the civil service is a known fact.’

Navalny, a charismatic anti-corruption blogger turned opposition politician who has organised several large anti-Kremlin protests, has been barred from running in Sunday’s election.

Russia’s electoral commission rejected his candidacy application because of a criminal conviction which Navalny says is politically motivated.

The 41-year-old is widely regarded as Putin’s principal opponent and has a loyal support base. Navalny has called for the vote to be boycotted in protest against his ban.

His remarks come amid a worsening war of words between Russia and Britain over the nerve agent attack on Sergei Skripal that left the 66-year-old and his daughter Yulia in a critical condition. 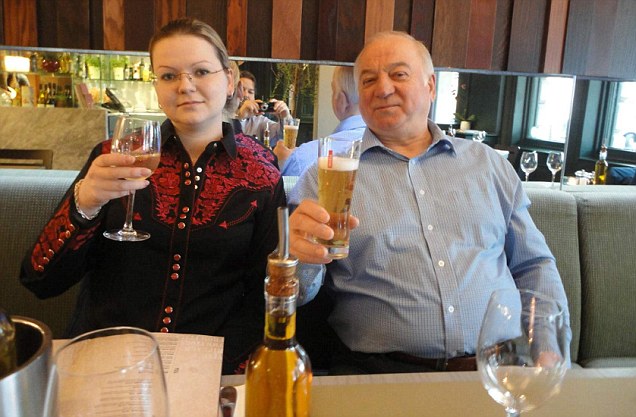 Moscow said this morning that it is in no way connected to the poisoning of former Russian double agent Sergei Skripal and his daughter in Britain, Kremlin spokesman Dmitry Peskov said on Wednesday, adding that the accusations against Russia are groundless.

Russia remains open to cooperating with a British investigation into the case, but any possible measures by London against Moscow will illicit a response, Peskov said.

He said it was too early to say what that response would be.

President Vladimir Putin’s spokesman on Wednesday rejected Britain’s ‘unfounded accusations’ and ‘ultimatums’ over the poisoning of a former double agent in Britain.

‘Moscow does not accept unfounded accusations that are not based on evidence and a language of ultimatums,’ Kremlin spokesman Dmitry Peskov told reporters.

‘We are hoping that common sense will prevail,’ he said in the Kremlin’s first public response to British accusations that Russia was likely behind the attempted murder of former double agent Sergei Skripal. 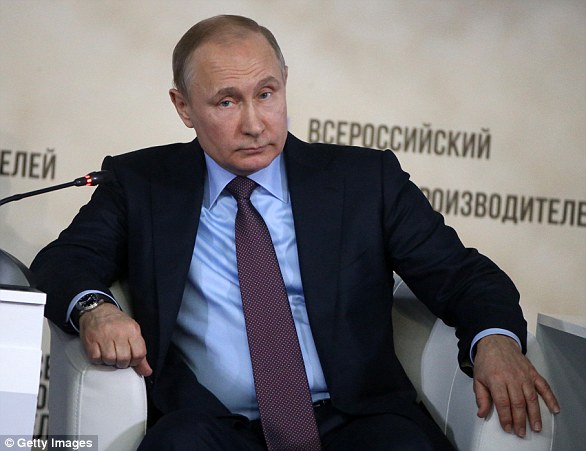 ‘Moscow has nothing to do with the accident in Britain,’ Peskov said, reiterating Moscow was open to cooperate on the investigation.

He declined to comment on reports in the Western media on the possibility of invoking NATO’s Article 5 principle of common defence, saying Moscow hopes other countries would see there was no evidence to blame Russia for the poisoning attack.

‘As far as a threat of isolation is concerned, we are hoping that common sense will prevail and other countries will at least think whether there is any proof or not and just how justified the rebukes against Moscow are,’ Peskov said.

London is mooting possible punishment against Moscow, with British communications regulator Ofcom saying it could review the licence of the Kremlin-backed RT broadcaster if Russian involvement in the poisoning was proven. 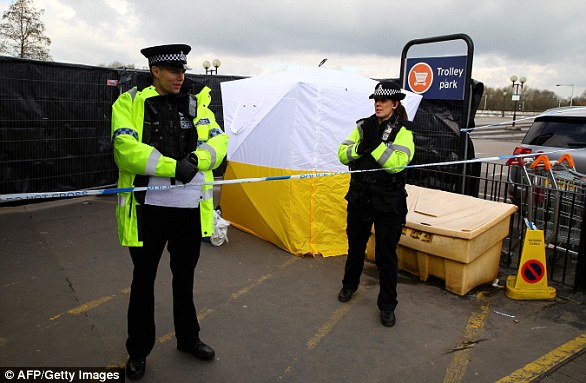 ‘Any illegal actions against any Russian media outlet in the United Kingdom will lead to retaliatory steps on the basis of reciprocity,’ Peskov said.

‘What steps will it be? These would be steps that best suit Russia’s interests,’ he added.

In a terse comment earlier this week, Putin told the BBC: ‘Sort things out from your side and then we will discuss this with you.’