Santander: Banks must collect more data on customers to help them avoid scams

Santander has said banks must do more to protect their customers from Authorised Push Payment (APP) fraud – including by collecting more data from customers about who they are paying money to.

The pandemic heralded a boom in APP fraud, where scammers trick their victims into willingly making large bank transfers to them – for example by posing as a legitimate company or a friend or relative.

The scams show no sign of abating, with fraudsters now exploiting the cost-of-living crisis and creating ever more sophisticated ways to target their victims online.

As of this year, it became the most common type of fraud, overtaking card fraud for the first time.

On the rise: Authorised push payment (APP) fraud is one of the fastest-growing scams around

Santander is now calling on banks to share more data about their customers with each other, so they can better identify those who are not who they claim to be.

It is also suggesting that banks consider putting in extra security checks on high-value online transactions.

Online fraud and scams are now one of the main crimes in the UK, with over £600m stolen in the first half of 2022, according to UK Finance. More than a half of this (£360m) was the result of APP scams, which are also known as purchase scams.

What are APP or purchase scams?

APP scams involve the fraudster tricking their victims into willingly making large bank transfers to them.

For example, they may pose as someone from a person’s bank and claim the person has been a victim of fraud, telling them to move their money to a different bank account.

Other scenarios involve scammers impersonating a conveyancer and stealing money for a house deposit, or pretending to be a builder to steal money saved to pay for renovations.

Contrary to conventional wisdom, this type of fraud doesn’t discriminate by age and anyone can fall victim.

Santander’s own data from 2021 shows that there was a 175 per cent increase in the volume of purchase scams that originated online among 19-34-year-olds compared to 51–65-year-olds.

• Contact your bank immediately if you think you’ve fallen for a scam, they will advise you what you need to do.

• Report the scam to the police.

• If you’ve been defrauded or experienced cybercrime report it to Action Fraud either online or by calling 0300 123 2040.

Why has there been a rise in APP fraud?

One of the main factors is the rise in online shopping and advertising, which provides multiple platforms for fraudsters to find victims.

In addition to online scams, text and call scams remain at high levels. These were particularly prevalent at the height of the pandemic.

With more people now shopping online, more people are receiving deliveries at home, and fraudsters have been adept at mimicking delivery texts to scam customers.

UK Finance’s 2021 Fraud Report found that telecoms scams have endured even as restrictions have eased.

After APP scams, investment scams are the second most common type of fraud. 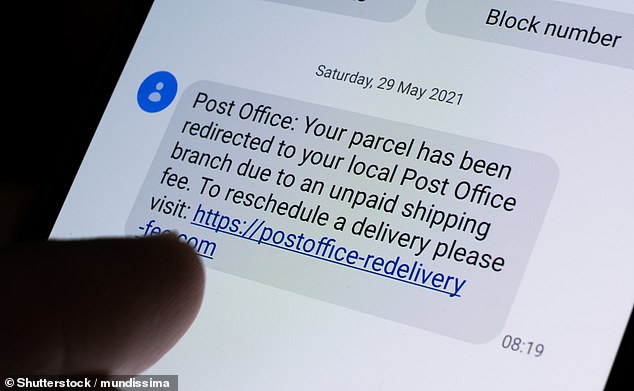 Fake: Many delivery fraud cases start with a text message are from scammers imitating Royal Mail, DPD and Hermes

In recent years Britons have turned to investment in the hope of higher returns, as interest rates on savings were low.

This has coincided with the rise of cryptocurrencies – an under-regulated sector which has opened a door to criminals and fraudsters.

Last year, Santander customers reported on average £1 million worth of cryptocurrency scams each month, with the average investment scam totaling more than £13,000.

What else can banks do to prevent fraud?

Santander is calling for more data to be shared between banks about the payments being made.

This might include requiring extra information when making a payment, including whether a bank account is a personal or business account; the type of business and the type of product being bought.

This could help if, for example, a customer tried to send payment to what they thought was a solicitors firm, but was in fact a personal account.

Would you accept slower transactions so banks could do extra fraud checks?

The additional data points, says Santander, would enable banks to identify that the customer was not paying who they intended, enabling the payment to be stopped.

The bank is also recommending that all payment providers follow a specific set of fraud rules. The firms that fail to adhere to these industry rules, it says, should then be made liable for consumer losses.

On top of that, Santander says there should be more consideration given to whether higher-value transactions made using the Faster Payments service require additional checks.

It says customers may accept the trade-off that these transactions are slightly slowed down if it meant that banks could perform additional fraud checks.

Santander is also stating that the Government and other industries need to play their part in tackling APP fraud, first and foremost by preventing fraudsters from reaching people in the first place.

For example, it is suggesting that consideration should be given to where the scam originally started when it comes to punishing those who perpetrate fraud.

This could potentially see social media platforms that enable scammers become responsible for reimbursing the victim. 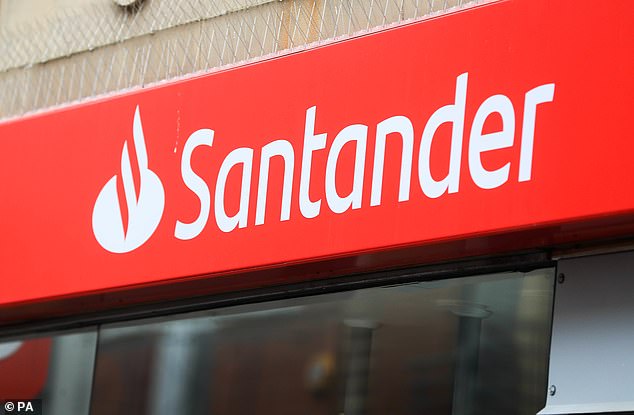 Enrique Alvarez, head of everyday banking at Santander UK, said: ‘The sheer scale and value of APP fraud can detract from the real impact of these crimes on individual consumers, who can lose more than just money – their confidence and mental health can also be significantly harmed.

‘Unfortunately, we see this far too often, and it is time for us all to act together. The criminals who perpetrate these scams shouldn’t be getting away with it.

‘We must all come together and address the issue, because currently the only real winners are the fraudsters.’

How to stay safe from scammers

1) Be wary of any messages you receive from numbers which aren’t already stored in your contacts, even if it appears to be from someone you know.

2) Don’t be rushed into anything – first of all contact the person on the number you already have stored in your contacts to check if the story is true.

3) If you can’t get hold of them, you can verify the identity of the person sending the message by insisting you speak to them before transferring any money.

4) Remember if it is a genuine family member or friend, they won’t mind you taking these steps to stay safe.